Announces the news on Twitter with word he is involved in a short film and has new projects in the works.

On Tuesday, Joe Quesada announced he is leaving Marvel where he has previously served as editor-in-chief and most recently as executive vice president and creative director.

When I first jumped into the world of comics, my goal was to create my own characters, stories, and universes. Then, one day Marvel made me an offer that changed the trajectory of my life. But lately, I've found myself thinking more and more of my favorite stanza from T.S. Eliot's Little Gidding, "We shall not cease from exploration / And the end of all our exploring / Will be to arrive where we started / And know the place for the first time."

That's why it's both exciting and bittersweet that after discussions with both my family and my family at Marvel, after two plus decades (has it really been that long?), the time has come for me to move on. As you can imagine, my love for the company, its characters, and all my coworkers runs deep, but I have an exciting new chapter that's about to begin, so the time feels right.

In August of 2000, Marvel took a shot on me, entrusted me with the keys to the Universe, and has been my biggest supporter ever since. During that time, I've had the great fortune to stand on the shoulders of giants, none broader than those of my predecessors and mentors, the best editorial team in the business, my coworking family, and the most talented creators on earth who put their trust in me, especially in the early days when it looked like I was selling tickets on the Titanic. Thank you ALL for sharing your talents and pouring your heart and soul into every project. It's been an honor working with you, and I hope we get to do it all again.

Now, this doesn't mean you're getting rid of me that easily. I won't ever be too far away, cheering my Marvel family on and contributing from time to time, including something I'm thrilled about for later this year. I also have several insanely cool projects of my own that you'll be hearing about in the coming months, including a short indie film I'm writing and directing. Stay tuned!

It's been one hell of a ride, and I'm proud to have been a part of Marvel's rags to riches story and satisfied that I accomplished the job I was hired to do twenty-two years ago (seriously, where did the time go?). But none of this happens without one very important person.

My family and I want to thank you from the bottom of our hearts. Without your love and support, we wouldn't have been able to go on this crazy adventure, and I hope you join us on our next one.
I promise you it's going to be AMAZING!

See ya in the funnybooks!

And now for something completely different... pic.twitter.com/5Vurcra9kJ 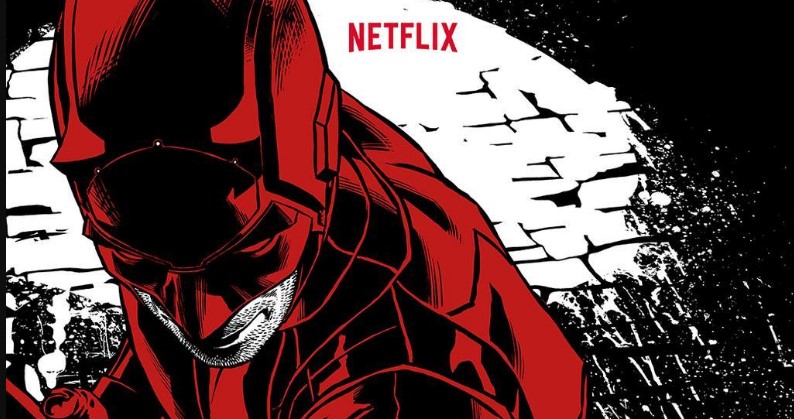 Under Quesada, Marvel Comics released big hits such as Civil War and Secret Invasion, and back in the day Quesada okayed Marvel Cosmic with Annihilation as long as it made money, which included titles such as Nova and Guardians of the Galaxy. Quesada was also a part of the Ike Perlmutter crew at Marvel with Marvel TV as he produced the Marvel Netflix shows including Daredevil and ABC's Agents of SHIELD.

Kevin Feige who is now in charge of Marvel and said in a statement: "There are few who know Marvel Comics like Joe, and his countless contributions have helped create characters and stories that will never stop growing and evolving. I'm grateful for his creative leadership and collaboration over the years and wish him nothing but the best for what's next."

"Simply put, Joe is one of the most influential creatives in comics," president of Marvel Entertainment Dan Buckley said in a statement. "Everything he has done, from penciling to writing to designing to editing to brainstorming, has been – and will always be – at the highest level. Over the past 30 years, I have considered myself lucky to be his friend and collaborator. And while Joe will always be a part of the Marvel family, we should all be looking forward to what he brings into the world next."

C.B. Cebulski, current Marvel Comics editor-in-chief, added in a statement, "As an artist and a storyteller, Joe is second to none in what he's accomplished in the comics industry. From the day I started at Marvel years ago (I became an editor largely due to his encouragement), he's embodied the heart of Marvel and the work we do, and he's taught me and so many others how to do the same. Following in his footsteps is no easy task, as he set the creative bar so high. But he's always gone above and beyond to lend me his ear as a mentor and offer his sage advice when needed. He's someone I can call family, and I know so many on our editorial team feel the same. While Joe's moving on to begin his next big chapter, I'm thrilled we're going to keep working together on a few projects, and he'll never be far from our stories here."