Disney's 'Onward' Bombs At Box Office; Not Because Of Coronavirus

Add another failure to the long list of Hollywood's woke agenda, as Disney Pixar's Onward completely bombs at the box office -- and it has nothing to do with fears surrounding the coronavirus.

Despite having star power such as Marvel heavyweight actors Chris Pratt (Guardians of the Galaxy) and Tom Holland (Spider-Man), audiences chose to not see the movie in theaters this past weekend.

The shill sites were all promoting Onward as a big hit with upwards of a $50 million opener, but the flick massively underperformed with Disney stating only $40 million was brought in domestically.

Its international box office bombed as well as Onward only brought in $28 million, giving the movie a current worldwide gross of only $68 million.

Worth a mention is when inflation is factored in, that $40 million is the lowest opening for a Pixar film.

While the fake news media, Hollywood and various corporations are spinning things as if the sky is falling regarding the coronavirus and are canceling everything under the sun, the coronavirus has nothing to do with Onward failing at the box office as Deadline actually reports: "don’t blame the coronavirus scare for these results."

The site goes on to offer that there was an uptick in Saturday viewings which meant more people came out and hence more money was spent.

...you’ll see that life is pretty normal out there. Bringing life down to a micro-universe in the West Hollywood/Melrose area, restaurants were overfilled on Wednesday night. I flew out of Burbank, CA Bob Hope on Friday en route to Albuquerque, NM, with a pit stop in Phoenix, AZ, and there were normal crowds, long lines at TSA, with full flights. There wasn’t a situation where several people were coughing or sneezing, nor was anybody wearing medical masks. It felt safe.

..though most everything else performed as expected if not better. Universal's The Invisible Man held on quite well, delivering a second-place performance, while WB's release of The Way Back landed within expectations.

So again, Onward tanked at the box office, but other movies performed better or as expected, so the coronavirus fear wasn't at all a factor regarding Onward's poor performance, so what was? 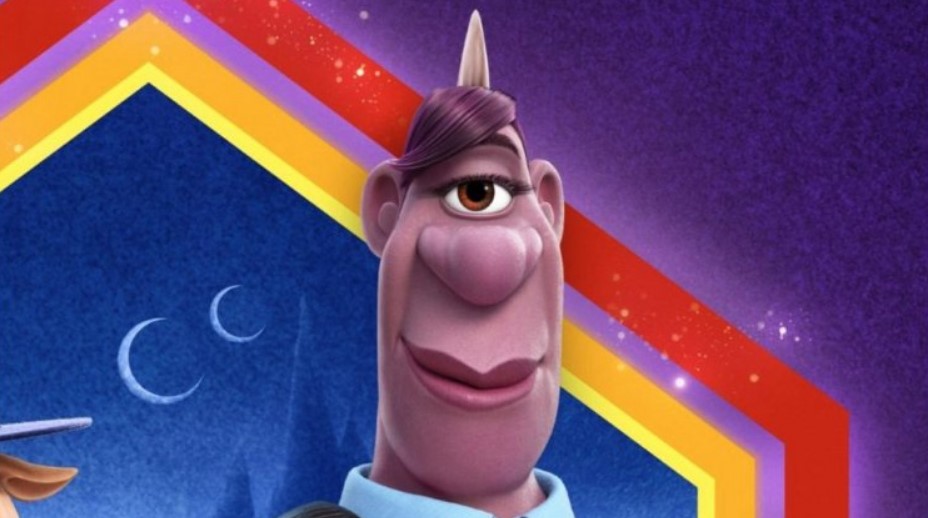 Onward fails at box office because of woke agenda

I didn't follow the film or its marketing too closely, but apparently Disney promoted it with a woke agenda, which saw various groups respond by boycotting the flick with various countries also banning the movie or editing the scene featuring the cyclops character, Specter.

"These scenes are subtle in order to desensitize children. But now Disney has traded its subtlety for intentionality. Disney has decided to be politically correct instead of providing family friendly programming," the One Million Moms website offers. "Disney should stick to entertaining, not pushing an agenda. Please share this with your friends and family to make sure they are aware of the gay character in ‘Onward’ and not blindsided by it. As moms, we all want to know when Disney is attempting to desensitize our children by normalizing the LGBTQ lifestyle.”