Richard Rider Nova blasts his way into the Marvel Contest of Champions game this Thursday.

"The Ultimate Nova Force is truly on his side," the game developer teases.

Players can play as the Human Rocket, listed as a "Cosmic" character, check out the ability and stats below, with gameplay footage around the :46 mark. 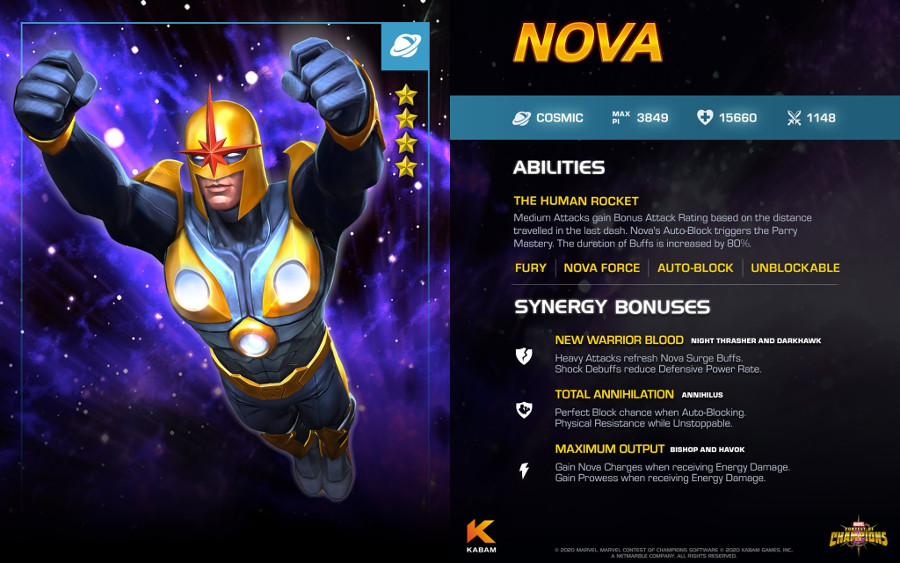 All was normal for New York high-school student, Richard Rider until he came into contact with the Nova Corps, a peace-keeping force based on the planet Xandar. After the planet Xandar was invaded and destroyed by a space pirate known as Zorr, the last surviving member of Xandar’s elite Nova Corps, Rhomann Dey, selected Richard Rider to replace him. Rider is given a uniform and powers of a Nova Centurion but little instruction on how to use them. Calling himself Nova, Rider becomes a Super Hero, teaming with other heroes such as Spider-Man and Thor to use his powers for the good of Earth and the universe while serving as its protector.

Nova wields the power of the Nova Force. This force manifests itself in the form of powerful gravimetric energy beams, protective shielding, and flight for its user. Nova is a powerful and mobile Defender who generates his power by actively moving around the arena. As he attains more and more power, Nova unlocks new abilities of the Nova Force: increased Energy Damage, the ability to Auto-Block while Stunned, and will eventually become Unblockable for a short period if his power is left unchecked.

Developer’s Note: Nova’s Passive strengths make him a very resilient Defender. Champions such as Corvus Glaive and Ghost will have a hard time breaking through Nova on Defense. Players who try to stun Nova using the Parry Mastery will have to find another way to attack Nova. Nova’s Power Gain while dashing is also an ability players will want to utilize on offense.

Developer’s Note: This Auto-Block gives Nova some extra protection and safety when going on the offense. Players will find that while he is able to move around the arena with relative ease, they can still pay the price if they are too reckless with this ability. 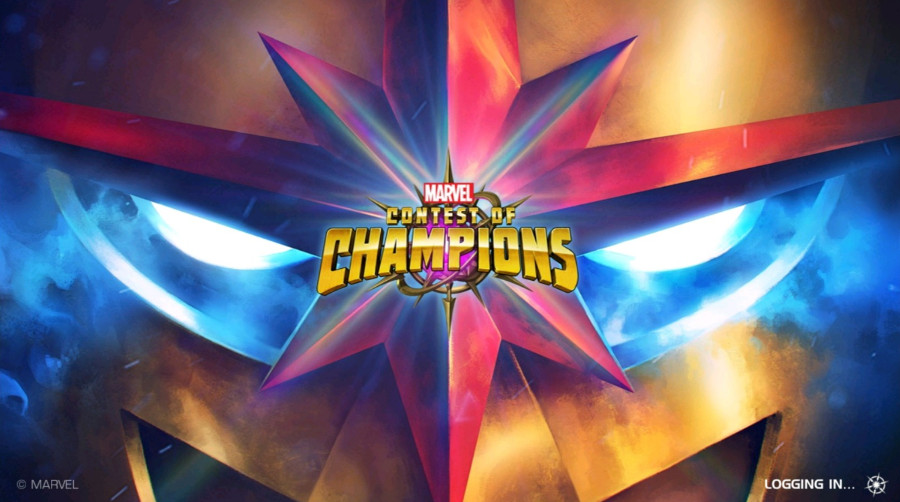 Developer’s Note: Players need to note that Nova unlocks his abilities every 25 Nova Charges. To get the most damage out of the Nova Force, knowing when to consume Nova Charges with Medium Attacks, then hovering between 70 to 95 Nova Charges will grant Nova the biggest benefit.

Developer’s Note: Opting for this ability while playing Nova gives him considerable utility depending on when this Special Attack is used. Likewise if players fight Nova, this special attack is worth trying to bait out.

Developer’s Note: Special 2 is Nova’s main source of Energy Damage. This can be used to spend Nova charges for big damage or to generate even more Charges for the future.

Developer’s Note: This does not appear to deal a large amount of damage at first glance, but considering Nova can attain up to 100 Nova Charges, and can increase the base damage of this attack with stacking Fury Buffs, these factors easily multiply into large bursts of Energy Damage.

Developer’s Note: Nova’s Signature Ability highlights the main threats of his abilities while on Attack and on Alliance War Defense. Nova’s Medium Attacks become much more threatening from full-screen with this Signature. Being able to trigger Parry from Nova’s Auto-Block means players need to pay attention to his Nova Charges while fighting against to avoid being Stunned. Once Awakened, Nova is better placed on Alliance War Defense, on nodes with Buffs such as Buff Toggle (Unblockable), (Unstoppable), and Aegis (Intercept).

Along with being a must have for any new Summoner, the Parry Mastery is especially useful for Nova, as it triggers when Nova triggers Auto-Block above 75 Nova Charges. The added stun gives Nova a bit more offensive strength when dashing with Medium Attacks.

Choose this Mastery when placing Nova on Alliance War Defense. Nova is left wide open if he misses with his Heavy Attack, so adding a counter measure with Stand Your Ground gives Nova a solid defensive boost.

Any Masteries that enhance the strength of Nova’s Auto-Block will ensure Nova minimizes the damage he inevitably takes when dashing towards his opponents. 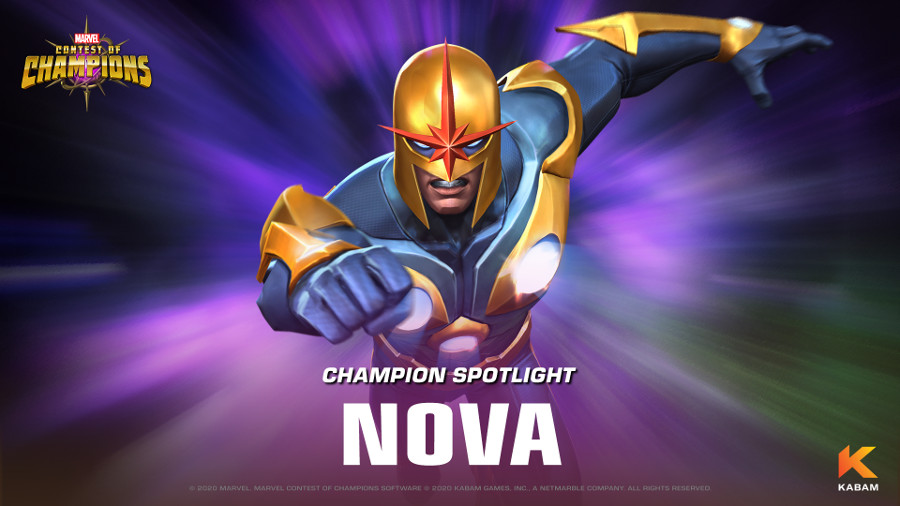