With sales in the gutter, what usually happens in order to ramp up sales for a failing title? Yep. Kill off the character.

With the release of Marvel Comics’ September 2019 solicitations, they tease the death of Captain Marvel Carol Danvers and look to replace the character.

The solicit for issue #10 says: “New hero STAR is in and CAPTAIN MARVEL is out!” The solicit also states, “Will Carol be willing to make the ultimate sacrifice?”

CAPTAIN MARVEL #10
KELLY THOMPSON (W) • CARMEN CARNERO (A) • Cover by MARK BROOKS
FALL TO PIECES!
It’s official: New hero STAR is in and CAPTAIN MARVEL is out! As Carol struggles to deal with her changing role and unravel the mystery of what is happening to her powers, a risky new alliance she’s forged may turn out to be even more dangerous than she expected. Will Carol be willing to make the ultimate sacrifice to save a world that has turned on her?
32 PGS./Rated T+ …$3.99 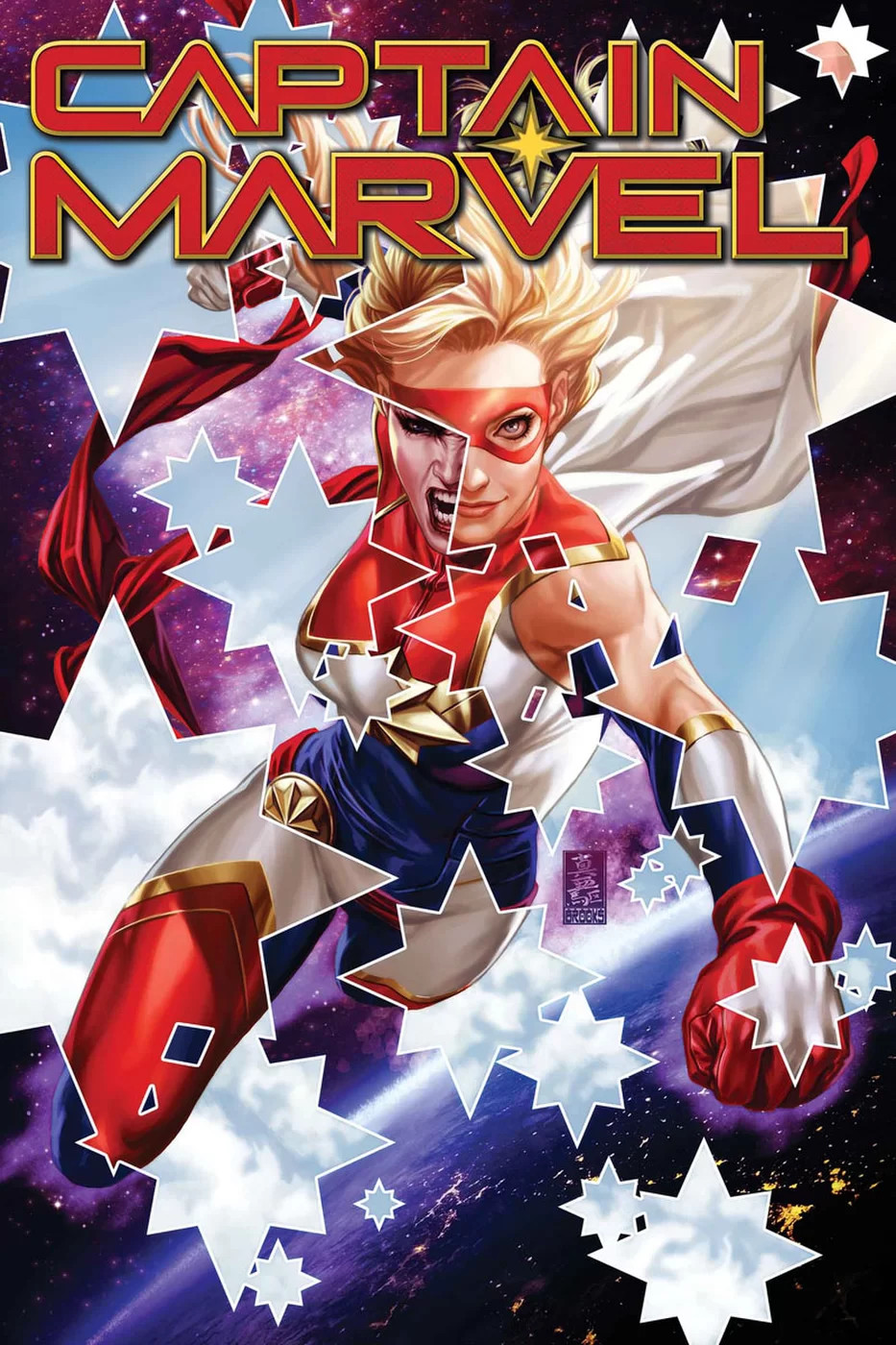 Why is Captain Marvel still around?

I’m actually surprised the series is making it to ten issues as the latest sales show that Captain Marvel continues to nosedive.

According to Comichron, the May sales for Captain Marvel #5 are at only about 26K, down 5% from April’s numbers, and down a whopping 76.6% from January’s #1, which was the title’s 11th relaunch or so. It’s a wonder why Marvel Comics continues to put out a title that doesn’t sell featuring the Carol Danvers Captain Marvel that nobody wants to read.

What’s also a wonder is how Marvel Studios president Kevin Feige can actually state that the Carol Danvers Captain Marvel, played by Brie Larson in the MCU, is one of Marvel Comics’ most popular characters. The numbers don’t lie and the title continues to flop series after series, relaunch after relaunch. Feige also said the character was among Marvel Comics’ most powerful characters — another big stretch of the truth.

I will say it’s actually nice that Marvel is introducing a new character. A YouTuber recently argued against the race bending of MJ in Feige’s Spider-Man movies. I agree with his opinion that characters shouldn’t be replaced, but new and existing ones should simply be developed.

Hopefully, this Star character is written decent and is not out to be another forced “Captain Marvel” PC character.