With Marvel Studios president Kevin Feige recently revealing that he wants Keanu Reeves to be a part of the MCU, three roles have become rumored including Moon Knight.

The Lords of the Long Box YouTube channel claims Keanu Reeves may be up for the roles of Moon Knight, Adam Warlock for Guardians of the Galaxy 3, or the Silver Surfer in the MCU.

According to the rumor, Keanu Reeves wants to play Adam Warlock, but his John Wick team wants him to play Moon Knight.

"Keanu Reeves is coming," TVO says. "Basically with how popular John Wick got, he can write his own ticket." 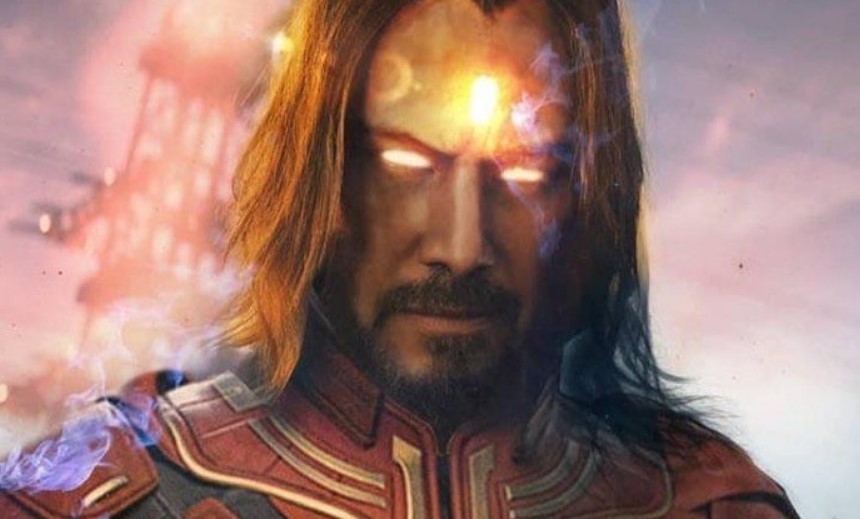 Keanu Reeves in the MCU as Moon Knight, Adam Warlock or Silver Surfer

Regarding what Feige previously had to say about Reeves, Feige offered: "We talk to Keanu Reeves about... I don’t know when, if, or ever he’ll join the MCU, but we very much want to figure out the right way to do it.”

Keanu Reeves also previously let it be known he wants to play Wolverine.

TVO also shoots down the rumor that Keanu Reeves is going to be in Eternals, another false claim from the person behind the "Avengers: Annihilation" and Galactus and Tyrant rumors.

My own two cents, if I was Reeves, I would be highly cautious about playing Adam Warlock for James Gunn in Guardians of the Galaxy 3. It's known that Gunn doesn't like to follow the source material and that he makes his characters goofy, so having some sort of goofy Adam Warlock played by Reeves would be the opposite of the success that Reeves had with John Wick. While I'm not all that familiar with Moon Knight, the character seems more up Reeves' ally, and I am betting the fans would be behind it. Leave the goofy Warlock to Zac Efron.