It’s claimed that Warner Bros. doesn’t know what to do with Superman, which sees Neil Gaiman respond to claims that the studio reportedly is unsure how to make the character “relevant to modern audiences.”

“You don’t make it relevant. You make it inspiring,” Gaiman said in a tweet.

A fan chimed in to stop worrying about Superman and Batman and to introduce lesser-known heroes in the movies, but Neil Gaiman failed to take the bait.

“I’m afraid a nine-word tweet is the extent of my worrying about Superman,” Gaiman added.

We can guess that Gaiman probably thinks the Zack Snyder version of Superman, played by Henry Cavill, wasn’t all that inspiring, which I have to agree with to an extent as well. More below.

You don’t make it relevant. You make it inspiring. https://t.co/mN0g7QG9b6

I’m afraid a nine word tweet is the extent of my worrying about Superman. 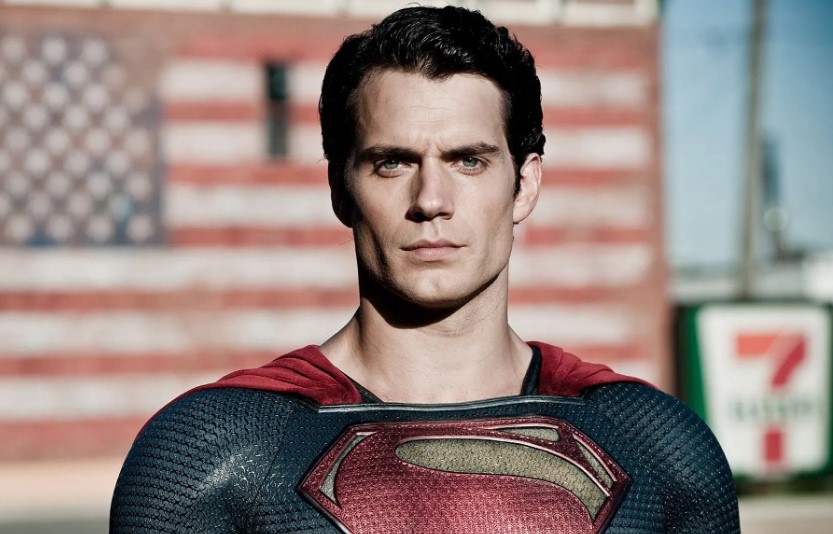 What went wrong with Superman in Man of Steel, BvS, Justice League

Man of Steel saw Superman let Pa Kent die, which still bothers me to this day (I argue Clark has ALWAYS been Superman and should have saved his pa), and then, of course, there is Supes killing Zod, plus some fans have issues with all the violence (the violence and battles didn’t really bother me as much as Superman is basically fighting Kryptonian super soldiers who are more trained than himself).

Batman vs Superman, among other things, saw Superman not find the bomb in time, and Lex Luthor, Doomsday and the killing of Superman were a big mess (ditto Mercy Graves and Jimmy Olsen).

We can’t get into Justice League that much because we haven’t seen Snyder’s version, though we do know that Whedon basically reshot all the Henry Cavill Superman scenes, so that is sort of telling and perhaps worrying for “Release The Snyder Cut” enthusiasts. 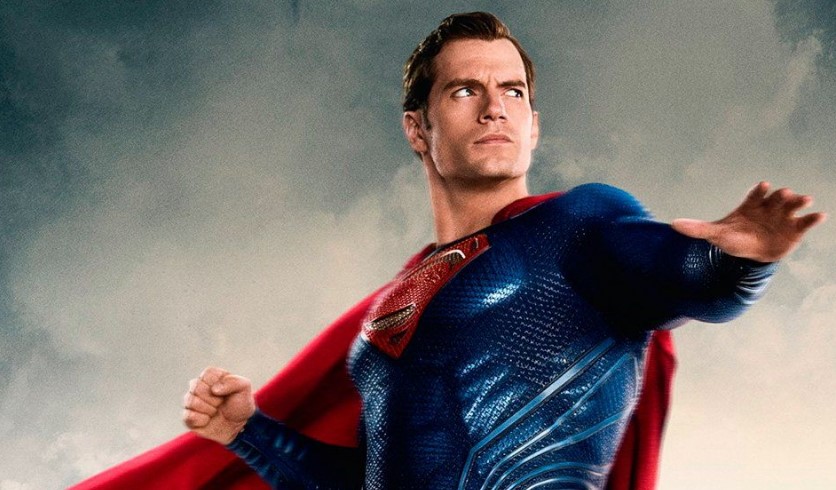 In Forbes report how Warner. Bros apparently doesn’t know what to do with Superman, it’s confirmed what I first revealed back during Comic-Con in July, that J.J. Abrams has had talks about Superman (I’ve been told Abrams is taking on Superman and Green Lantern, first).

The article also mentions Michael B. Jordan has pitched a version of Superman (Jordan previously said he would go with the black Superman from the comics, not Clark Kent), and that a new Superman movie doesn’t look to be happening until at least 2023.

What’s also unfortunate is that Henry Cavill actually pitched an inspiring version along with his Mission Impossible director Chris McQuarrie; however, WB passed on it for some reason, which I am guessing is because of J.J. Abrams.

From what I have been told, Abram’s take on Superman will be with a younger actor that will be involved with Matt Reeves and Robert Pattinson’s Batman, as well as possibly James Gunn’s The Suicide Squad in some sort of DCEU soft reboot (may involve Crisis on Infinite Earths).

Recall back in 2012 I first revealed the title for The Batman with a younger Batman. Sound familiar? 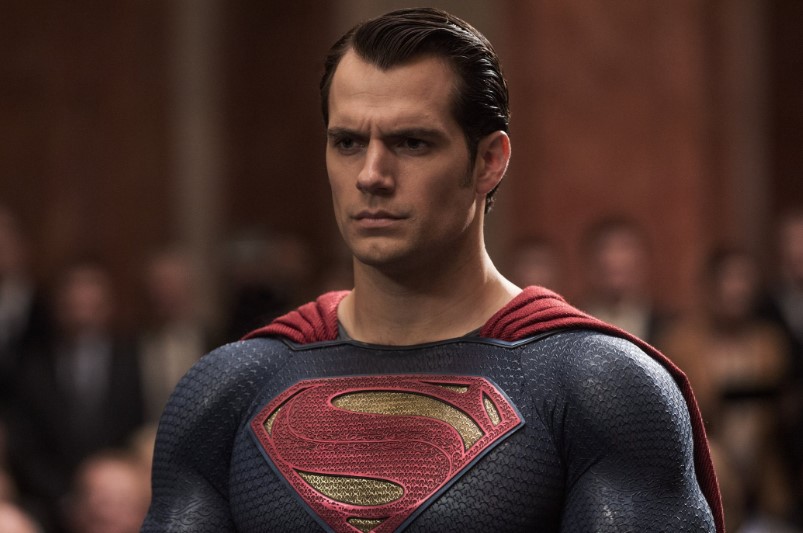 The problem with DCEU Superman

What I think happened with the Snyder version was that they gave Snyder and David S. Goyer just a bit too much leeway with Man of Steel. I think to let Pa Kent die from a heart attack or simply not killing him off just yet, in addition to freezing Zod (save him for a sequel versus Brainaic?) would have been the better way to go.

Another problem, from my understanding, is that the WB execs wanted the “Marvel” money, and that they wanted it fast. I’ve been told the reason Man of Steel never got a sequel is because it didn’t reach a billion dollars at the box office. Recall following Man of Steel‘s big opening, there were talks of a sequel; however, following the box office petering out, that’s when the decision was made to bring in Batman and do Batman vs Superman followed by Justice League.

People don’t like to hear it, but Zack Snyder doesn’t get Superman. Snyder never made the Henry Cavill version all that inspiring, unfortunately. He tried doing “The Dark Knight” approach to Superman, which you can’t do with this sort of character, and it failed miserably. Just check how many times Superman actually smiles in Snyder’s films for a start.

I will say that Snyder could have possibly fixed things in a Man of Steel 2. While we’re on the topic of Christopher Nolan (who played “devil’s advocate” against the idea of killing Zod, BTW), Nolan’s Batman wasn’t a blockbuster when it first came out with Batman Begins, it was only the sequels that hit the magic billion-dollar mark, so it could be possible that WB jumped out of the gate too quick regarding Superman in hopes of achieving massive success instead of organically and smoothly achieving it the way Marvel did with Iron Man, etc.

I’ll say I do like Henry Cavill a lot, but again, he just never got a chance to shine under Snyder.

Henry Cavill still has a shot

Henry Cavill still has a slight chance of retaining the cape, which seems to be thanks to Dwayne Johnson and Black Adam.

Johnson’s former wife also happens to be Johnson’s business partner and exec on his production company, which produced Shazam! and is producing Black Adam, and she is also Henry Cavill’s manager. It’s rumored Johnson wants the Henry Cavill Superman a part of a future Black Adam flick, so it’s being speculated that the J.J. Abrams Superman may be a part of a different universe. Of course, it’s also possible that the involvement of Dwayne Johnson may have put the kibosh on Abrams doing Superman if Johnson gave WB an ultimatum (especially if Johnson and Cavill threatened to leave for Marvel, which has been rumored). 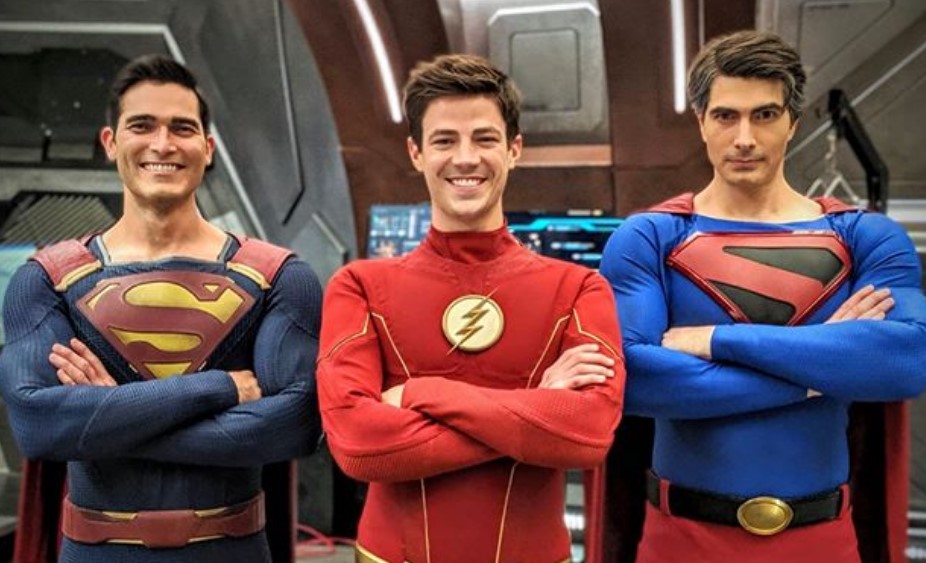 Plans for Superman on TV

On the small screen, Tyler Hoechlin will be getting his own Superman and Lois series on The CW, spinning off from Supergirl; Tom Welling returns from Smallville for Crisis On Infinite Earths, and Brandon Routh returns as Superman for Crisis as well, with some sort of chatter about a possible Routh Superman HBO Max series underway (Routh is leaving Legends of Tomorrow “for some reason”).

While Big Blue on the big screen seems to be on the backburner, it won’t be long before Superman takes to the skies once again, but the question will be: Who will be wearing the cape?