Marvel has released a new story trailer for the upcoming Guardians of the Galaxy video game which is created by Eidos-Montréal, a Square Enix company, who is behind the so-so Avengers video game.

Unfortunately, the game looks really goofy like the James Gunn movies, but the story does happen to be written by Dan Abnett who wrote the much better comic book series in 2008, so maybe there is some hope it will be decent.

Watch the story teaser below.

"Twelve years ago, a massive Galactic War swept across the cosmos" teases the video description. "Star-Lord, seeing opportunity for adventure and profit in a universe that's finally moving on, recently formed the Guardians of the Galaxy to sell their services as heroes-for-hire. But now, a grand organization known as the Universal Church of Truth promises to bring back everything that was lost in the Galactic War. Powered by their faith, they're spreading their beliefs to more and more worlds. It'll soon be up to the Guardians to save the galaxy. No guts, no glory."

Marvel.com also offers" "In the new trailer, Grand Unifier Raker brings Star-Lord, Drax, Gamora, Rocket and Groot to the Universal Church of Truth, where the Guardians bear witness to a cult-like ritual before the mysterious Matriarch. Grand Unifier Raker states that the Matriarch wishes to share with them a truth—one that can supposedly end all grief and suffering. In true Guardians’ fashion, things go spectacularly sideways and they somehow manage to get half the galaxy on their back... The Guardians will have to step up and show what they are made of to save the Galaxy. The video also features appearances by characters including the Xandarian Worldmind, as well as everyone’s favorite telepathic Russian space dog, Cosmo."

Fans can also purchase the songs: "Moreover, the trailer’s action is amplified by the sounds of a new track from the Star-Lord Band, titled 'Space Riders (With No Names)'  in Marvel’s Guardians of the Galaxy universe, Star-Lord is the name of Peter Quill’s favorite rock band, which eventually inspires his iconic moniker. The 'Space Riders (With No Names)' single is available now in digital music stores, as well as part of a Marvel’s Guardians of the Galaxy Spotify playlist featuring ten licensed songs from the game." 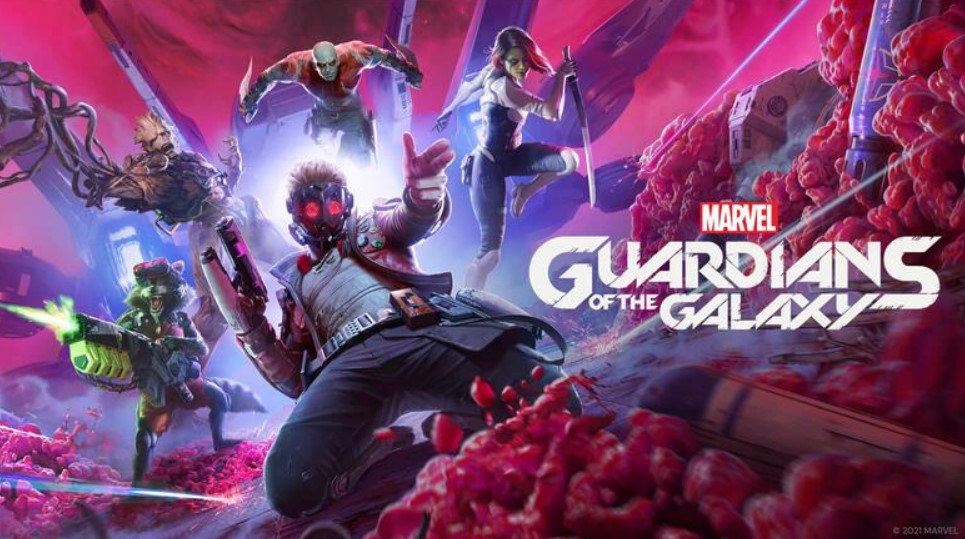