Guardians of the Galaxy #6

This issue wraps up the first story arc in the re-vamped Guardians of the Galaxy. Cates was able to pull the story out of the nosedive it took last issue and end it on a satisfying, though rather predictable, note.

I liked it that this iteration of Star-Lord (though still a far cry from the much better iterations of DnA, Giffen, and Englehart) was able to conquer his inner demons and find it within himself to truly and deliberately lead others to victory. I liked it that our intrepid cosmic heroes finally found it within themselves to use their brains and brawn to effectively counter a universal threat. Most refreshing of all; the silly, goofy, rom-com, slap-stick approach to the cosmic characters and concepts appears to be rapidly shrinking into the background – hopefully to die the ignominious death it so richly deserves. This has not gone unnoticed by the fans. Per the letters page, the fans (at least the ones the creative team chooses to print) have praised this improvement in characterization. I fervently hope that the creative team takes fan feedback to heart and continues along this path. In my not so humble opinion, DnA’s comic book iteration of Guardians of the Galaxy works best as the serious, gritty, “Dirty Dozen” type of military science-fiction it began life as – rather than the goofy, nonsensical, slap-sticky nonsense Gunn produced to sell movie tickets to a vast audience that mostly doesn’t buy comic books – and Bendis et al perpetuated in the comic books to the detriment of the Guardians of the Galaxy franchise.

What I didn’t like was the apparent destruction of Knowhere and the “death” of Eros (as we’ve seen before with Ikaris and various others, Eternals have a resurrection system). Sure, there were a few villains on Knowhere, but there were a lot of innocents, too. Authors way too often use established cosmic concepts (i.e., Xandar, the Nova Corps in general, Spaceknights, Galador, etc. – and now, apparently, Knowhere) as “throw-away” plot elements to be destroyed to quickly add drama or advance a storyline. Inevitably, the need arises to reverse these bad decisions in the future, so why go there in the first place when it could easily be written differently? Also, we already know that Eros will be resurrected, so his “death” has far less emotional impact than it otherwise might.

I remain cautiously hopeful for a better future for Guardians of the Galaxy. Marvel has re-earned my money for this franchise (for now) after a long boycott by once again beginning to treat the cosmic characters and concepts with the respect they deserve. I’m on board for the next arc. 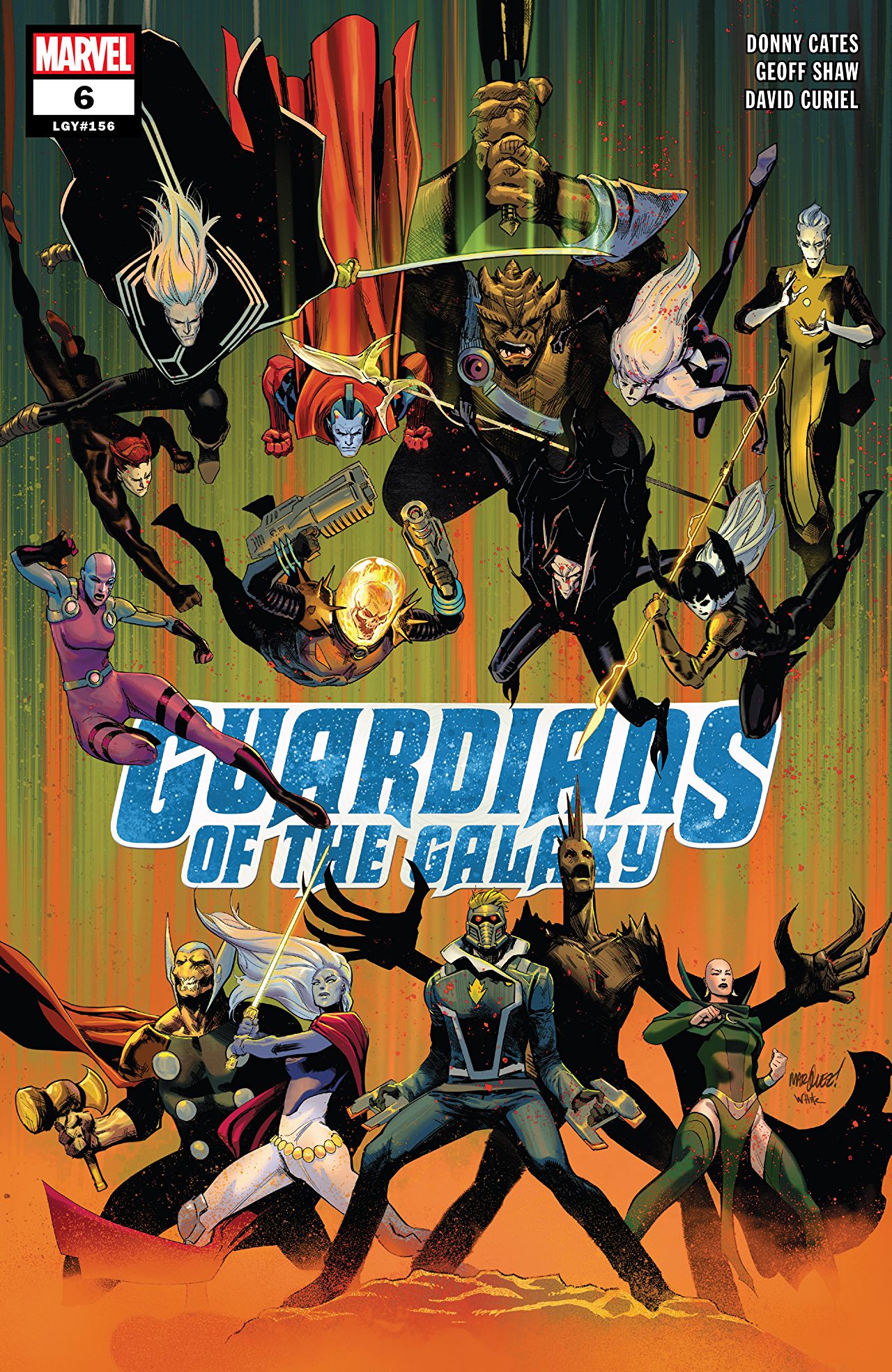 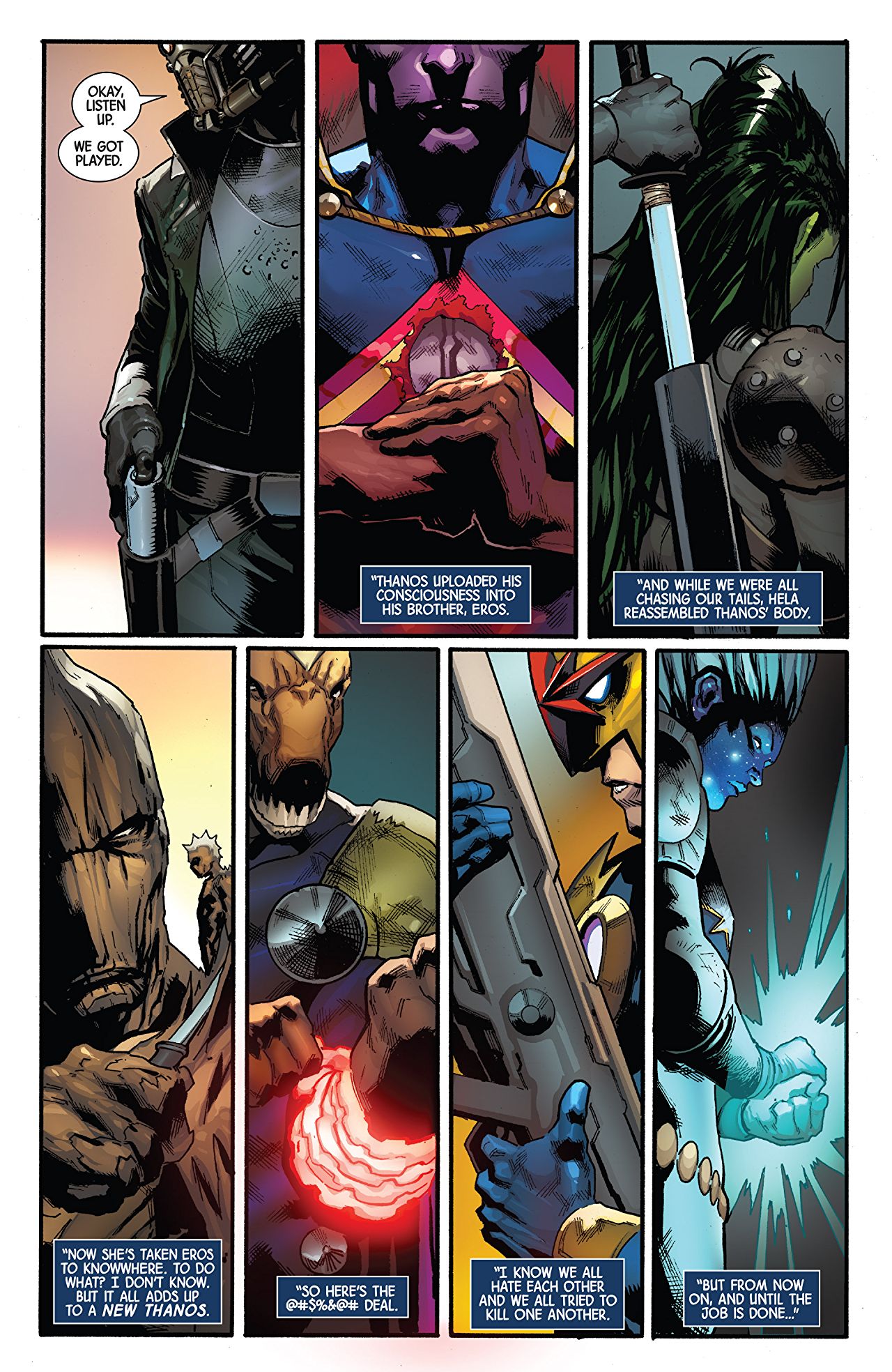 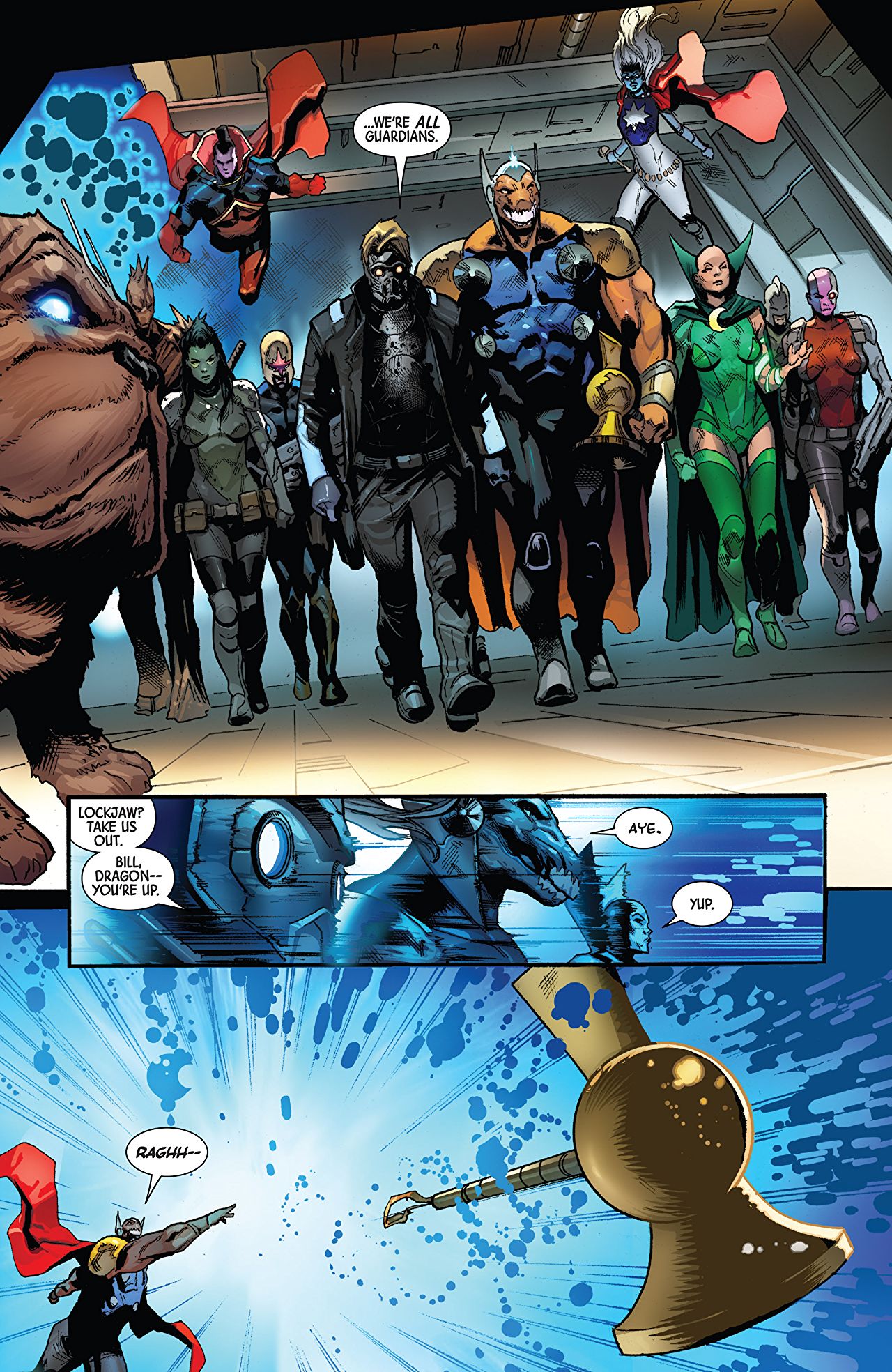 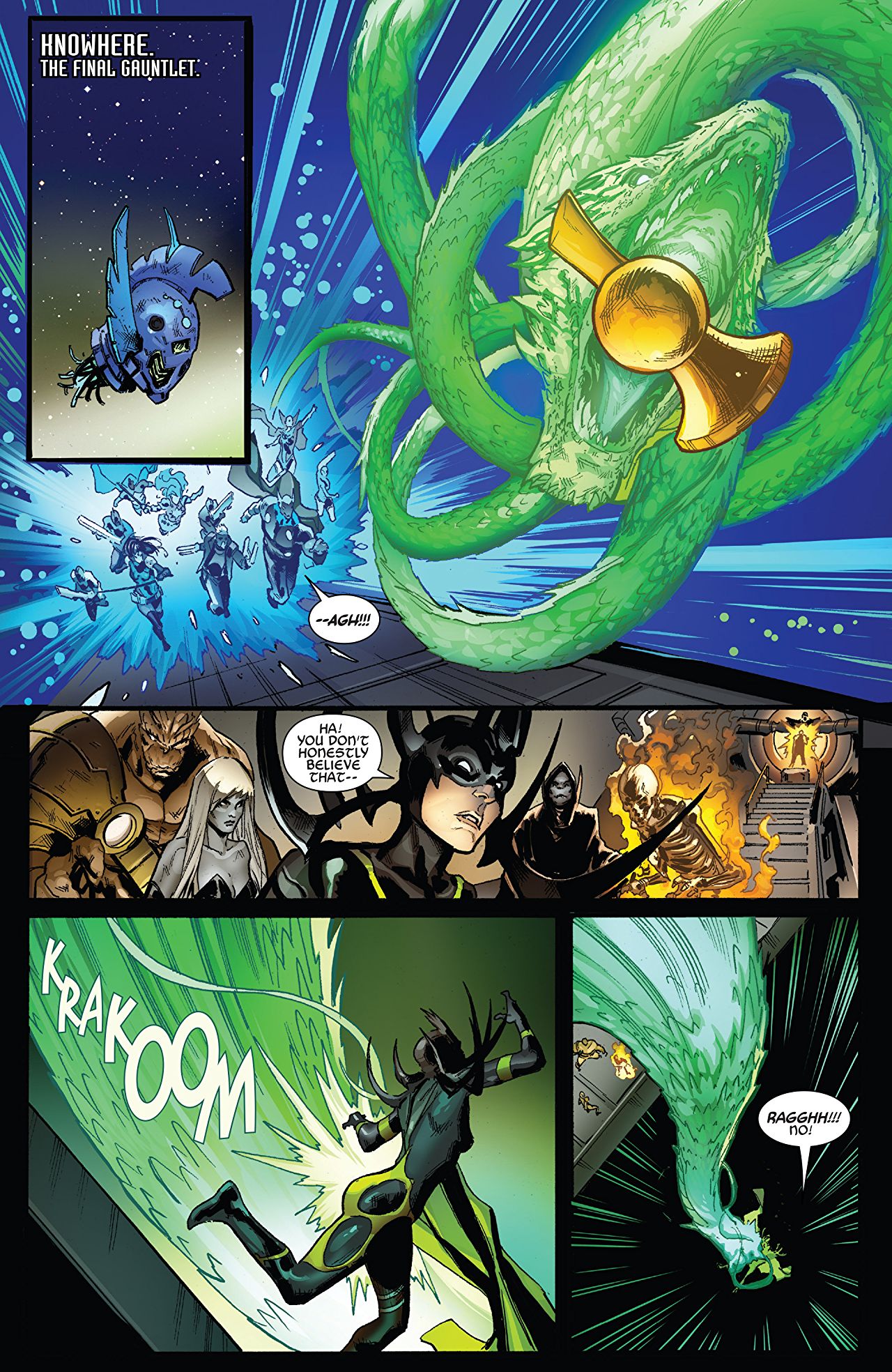