Guardians of the Galaxy #5 of 6

Well, the big reveal happened in this issue. And absolutely no one was surprised. Myself, other reviewers, and fans alike have all commented that Eros was behaving suspiciously out of character and obviously acting to throw everyone off track. As we all predicted, he was the carrier of Thanos’ consciousness. I was actually hoping that Cates was falsely telegraphing Eros as the carrier and would throw in a surprise twist. Alas, no. Disappointing. Not to mention, anti-climactic.

For me, personally – the high point of this issue was Gladiator getting what’s always been coming to him. I’d be happy to see him never come back. But, of course, he will. The next high point was the appearance of Lockjaw – an effective story element that serves well to move the story forward. The final high point was Gamora, who (mostly) stays in character even under extreme stress.

Unfortunately, Star-Lord slips a bit back into Bendis/Gunn characterization this issue, to the detriment of the character and the story. He comes across, once again, as barely effectual and an accidental hero. I have to ask myself why anyone would listen to him – much less follow his “leadership.” Groot, at least, holds steady in his much-needed grittier interpretation. The characterization remains off for most of the remainder of the protagonists – all intelligent and experienced fighters and cosmic warriors in previous comic book interpretations – with most of them now acting as witless stumblebums who make rookie mistakes in this storyline. If the audience quickly picked up on Eros’ suspicious behavior, why wouldn’t the characters? Why have experienced warriors suddenly lost multiple IQ points? Why take Thanos to Knowhere – an obvious and very public destination – to revive him and regroup? Sorry folks, but this is weak writing because it requires an excessive suspension of disbelief that characters we know so well would act so stupidly.

I have to say that this issue was, overall, the weakest of the mini-series thus far. I hope Cates is able to save this story with the next (concluding) issue. It’s going to have to be one kick-a– ending to pull this storyline out of a nosedive and please the fans enough to have them clamoring for another mini. My advice to Cates: Channel DnA. Treat the cosmic characters as the smart, effective, experienced warriors that they are. Bring DnA’s characterization of Star-Lord back in total. We’ve lost his silly movie costume. Now let’s lose the stupid “surfer-dude” blonde hair and the vacuousness that came with it. Make Star-Lord once again the mature, dark-haired leader of men that The Guardians of the Galaxy and their fans deserve. 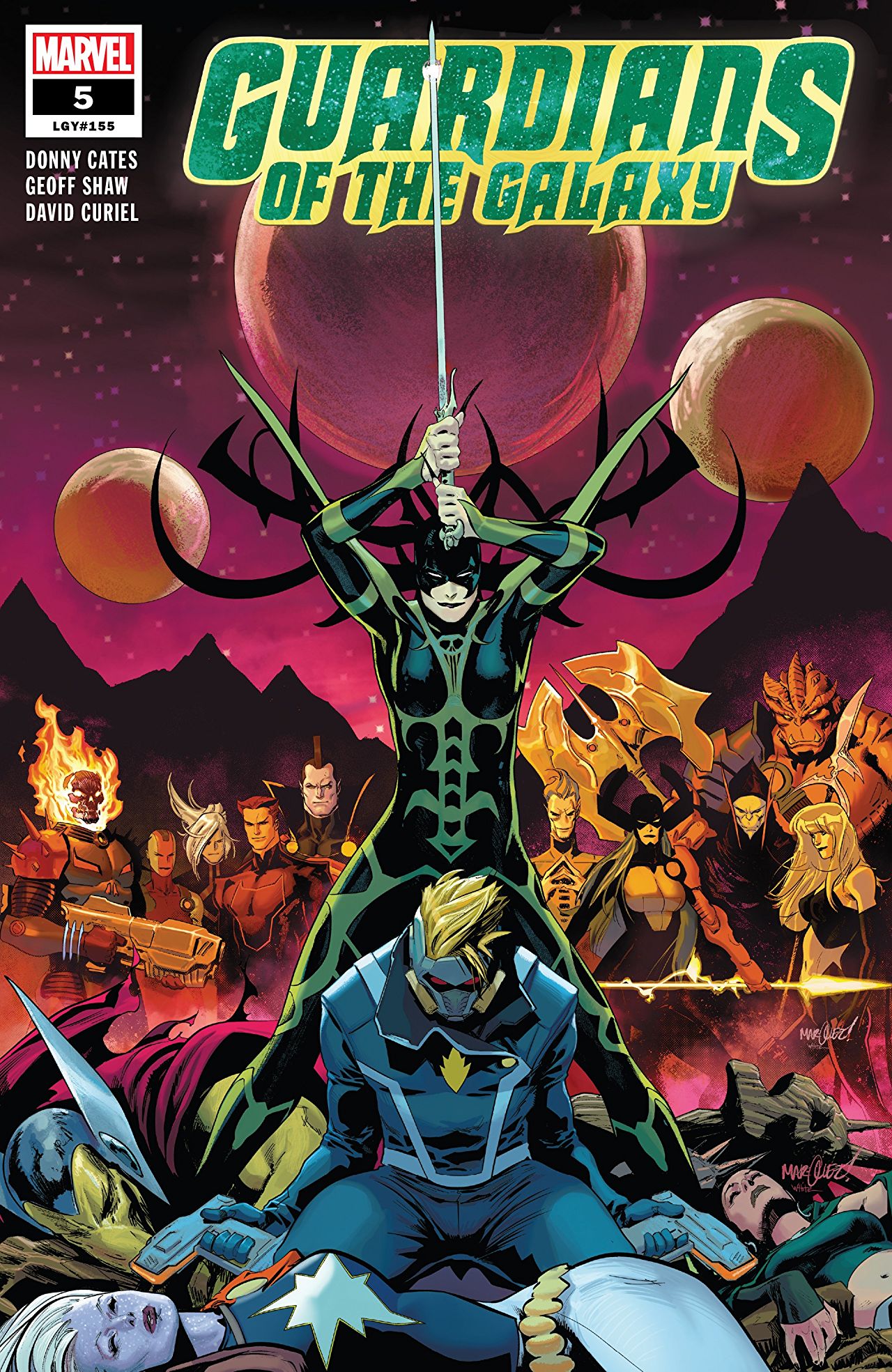 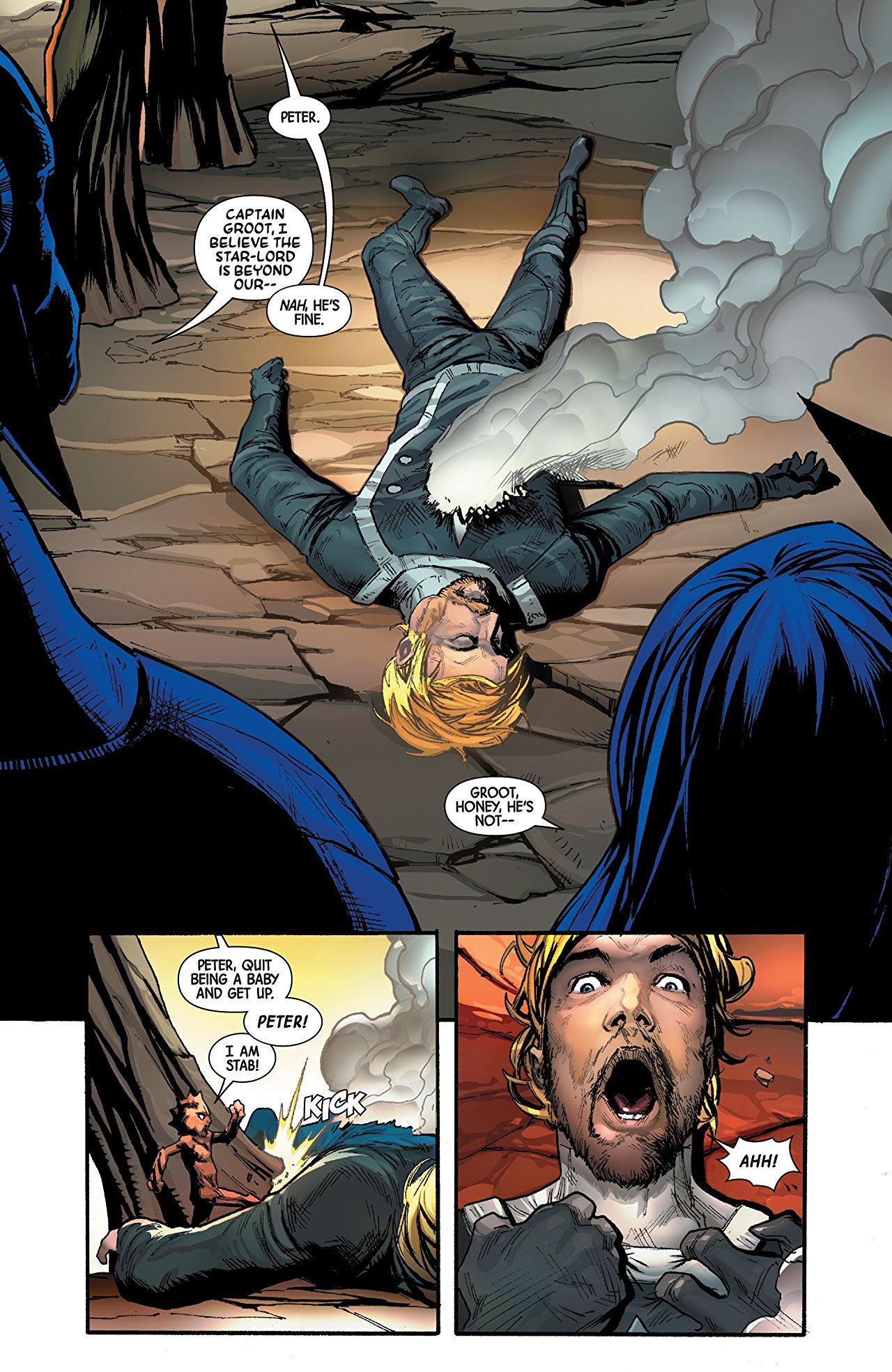 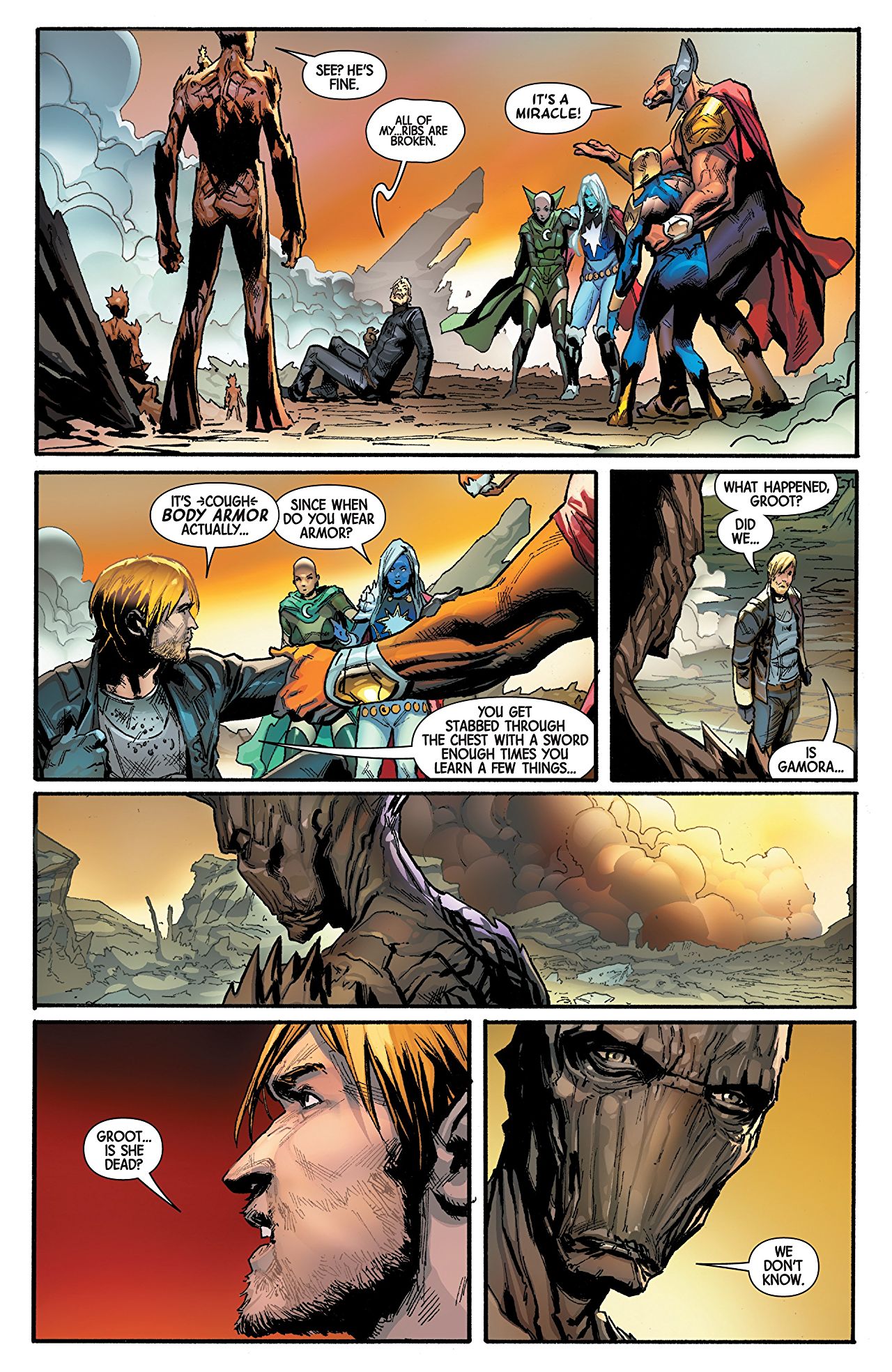 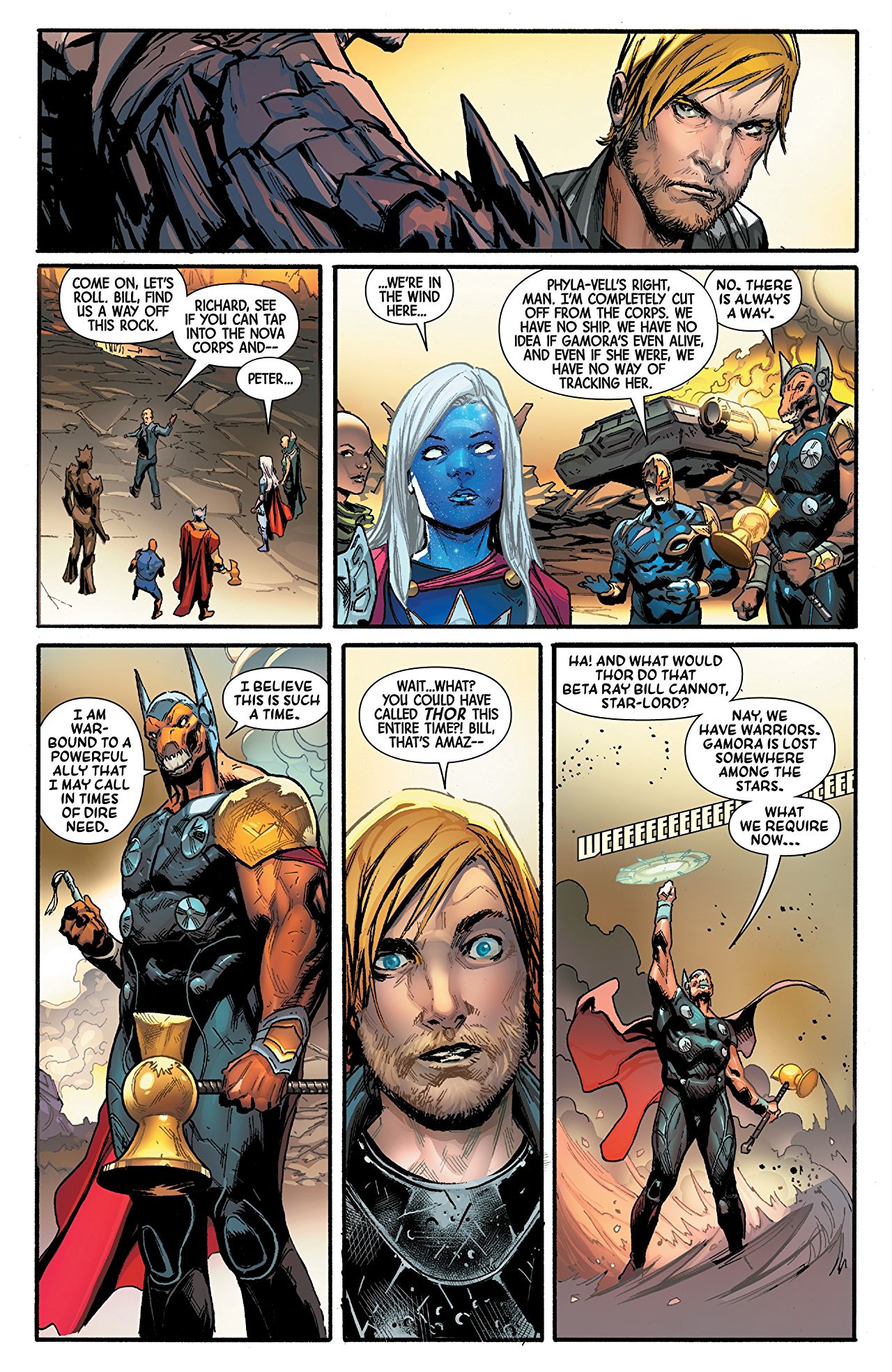