A Review of Guardians of the Galaxy #13

As I said last time, I would have preferred a hard re-boot back to the time and way Cosmic was handled by DnA. I would’ve preferred that the Guardians of the Galaxy remained mercenary heroes who worked with a newly re-built Nova Corps. That being said, I must admit that this soft, re-booted “politically correct Cosmic Avengers” take on Guardians of the Galaxy is a definite improvement from the Dark Ages of Cosmic under Bendis, Loeb, et al.

What is working for this take on Guardians of the Galaxy is the overall tone of the book and the characterization. The Gunn, Bendis, et al approach of the last several years was to turn Guardians of the Galaxy into a situation comedy by having the characters self-parody. It was the tired old “if it takes place in space, it can’t possibly be serious so we play it as silly” way of approaching science-fiction/science-fantasy – which in essence is an insult to the intelligence of the fans and the genre. In terms of tone, Ewing is, thankfully, respectful of the fans/genre, playing it seriously, and abandoning the mindless and relentless pursuit of cheap laughs which has so damaged the Guardians of the Galaxy franchise post-DnA. It is absolutely refreshing to see Star-Lord, Nova, Rocket, Groot, and Drax behaving as mature, seasoned warriors making deliberate decisions as they deal effectively with Cosmic threats rather than fumbling around and falling bass-ackwards into success despite themselves. I hope Ewing and those that inevitably follow him will continue this trend despite a Guardians of the Galaxy movie #3 on the horizon which will no doubt create pressure on the comic book side to return the team to a state of silliness.

In terms of story, it was great to see the team effectively and deliberately dealing with Cosmic level threats. I enjoyed the dust-up with the Progenitors and hope to see them again in the near future. I’m wondering if they are going to be the big bad in the upcoming next Annihilation chapter. Perhaps harkening to Ewing’s British roots, Nova had a Dr. Who moment in his warning to the Progenitors. The Skrull storyline also has potential and I’m eagerly anticipating its development.

Some things didn’t work. I was disappointed in the return of Groot to a 3-word character. I liked him better as a fully conversant being. The whole Quasar trade-out between male and “PC female character” thing was a huge disappointment. The female replacement character for Quasar was a bad idea from the start and one that should have just been left in the dustbin of comicdom. It’s a shame it was revived because it was needless. Quasar doesn’t need replacing just because he’s a blonde white male. Plus, there are and always have been plenty of strong female characters on the Guardians of the Galaxy team and in comicdom. I agree with the late, great, Stan Lee. Leave the legacy characters the way they were created. They have been great and enduring because they have wide-based appeal and only people who already don’t like or don’t care about comics are going to criticize them because many of them are straight white males. I am all for inclusiveness. If you want characters representing the range of diversity, then create new ones with those demographics and if there is a market for them, they will succeed. Please stop replacing our beloved legacy characters with PC characters and expecting us to like it or silently accept it and keep buying. I didn’t support the PC replacement character for Nova and I won’t support the PC replacement character for Quasar.

Perhaps the thing that didn’t work the most was the ending where Dr. Doom makes his dramatic entrance. So, the team has just roundly kicked the asses of The Progenitors, a Cosmic level threat, but little old Dr. Doom shows up and effortlessly takes everyone out? Nope. Don’t buy it. Nova by himself should be able to kick Doom’s ass fairly effortlessly. I am tired of these Earth-based heroes and villains being portrayed as more powerful than our Cosmic heroes. It should be the other way around. Doom may be big deal on Earth, but he is a flea in the Cosmic scheme of things.

Frigeri’s interior art was nothing short of outstanding. I hope he stays on this book for a good long time. Blee’s colors continue to impress and Booth et als’ cover art was a great introduction to the new team.
This iteration of Guardians of the Galaxy has potential and I’m aboard for the ride. Buy this book. You’ll be glad you did.

Guardians of the Galaxy #13 preview: 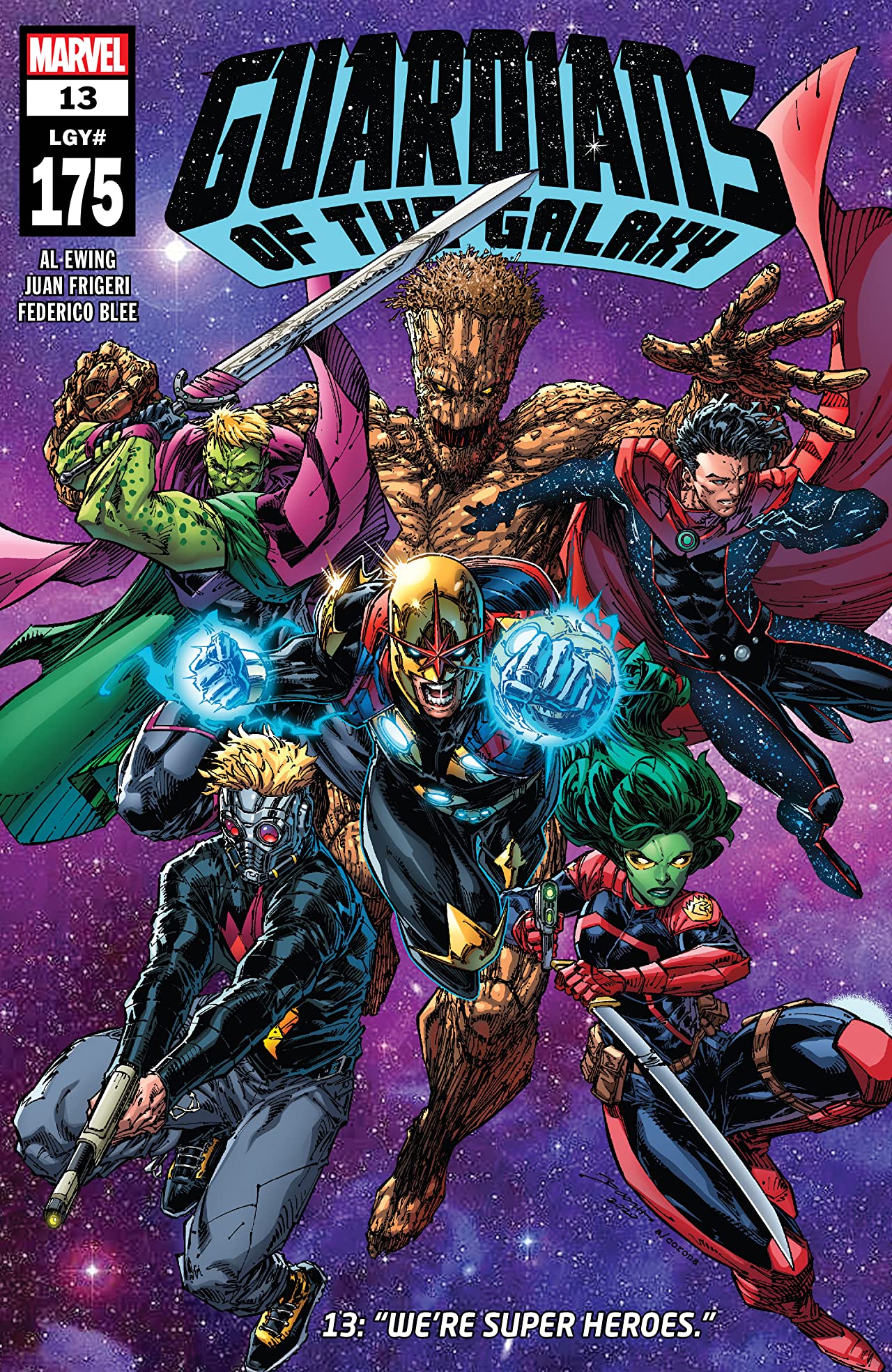 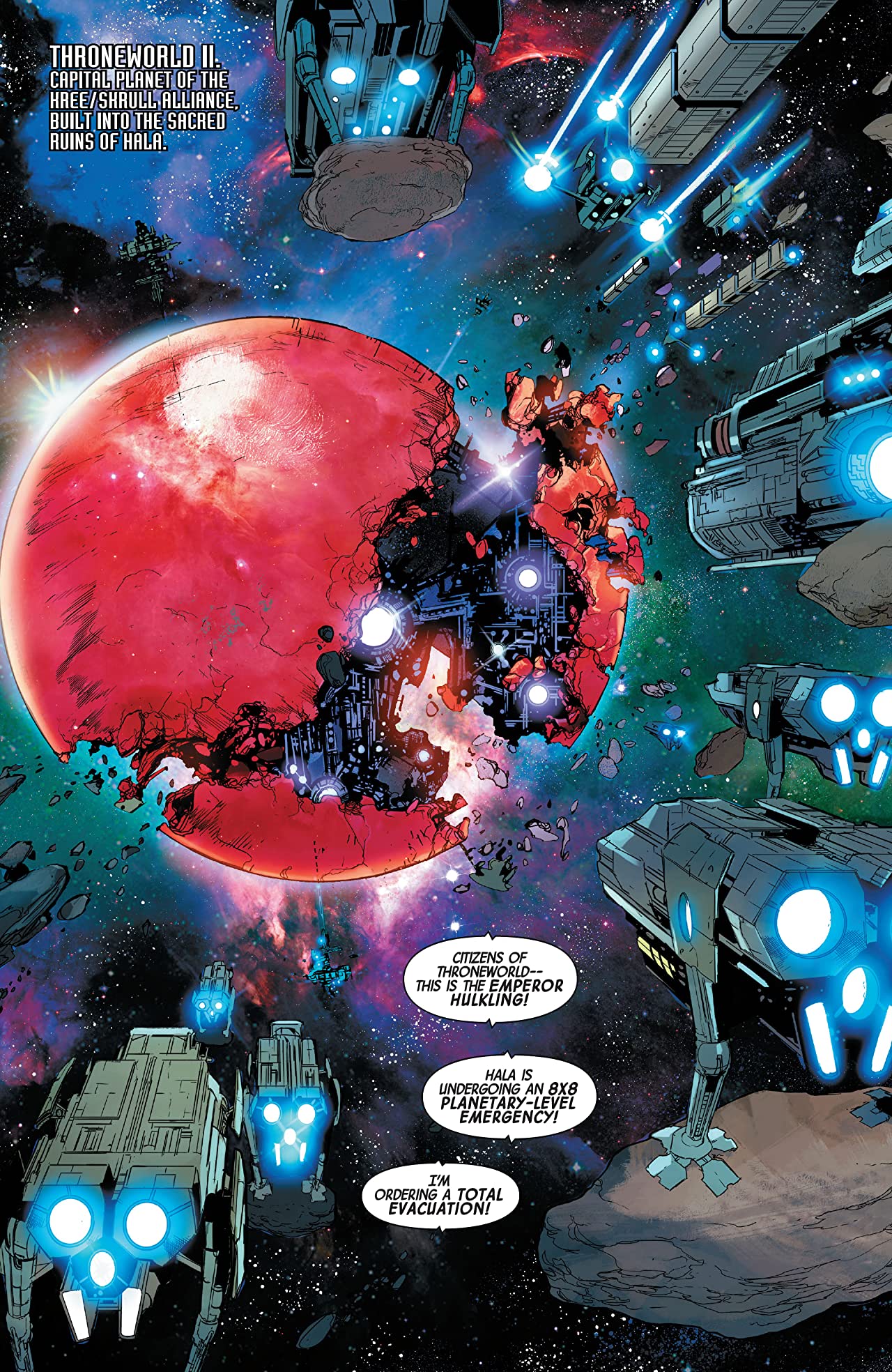 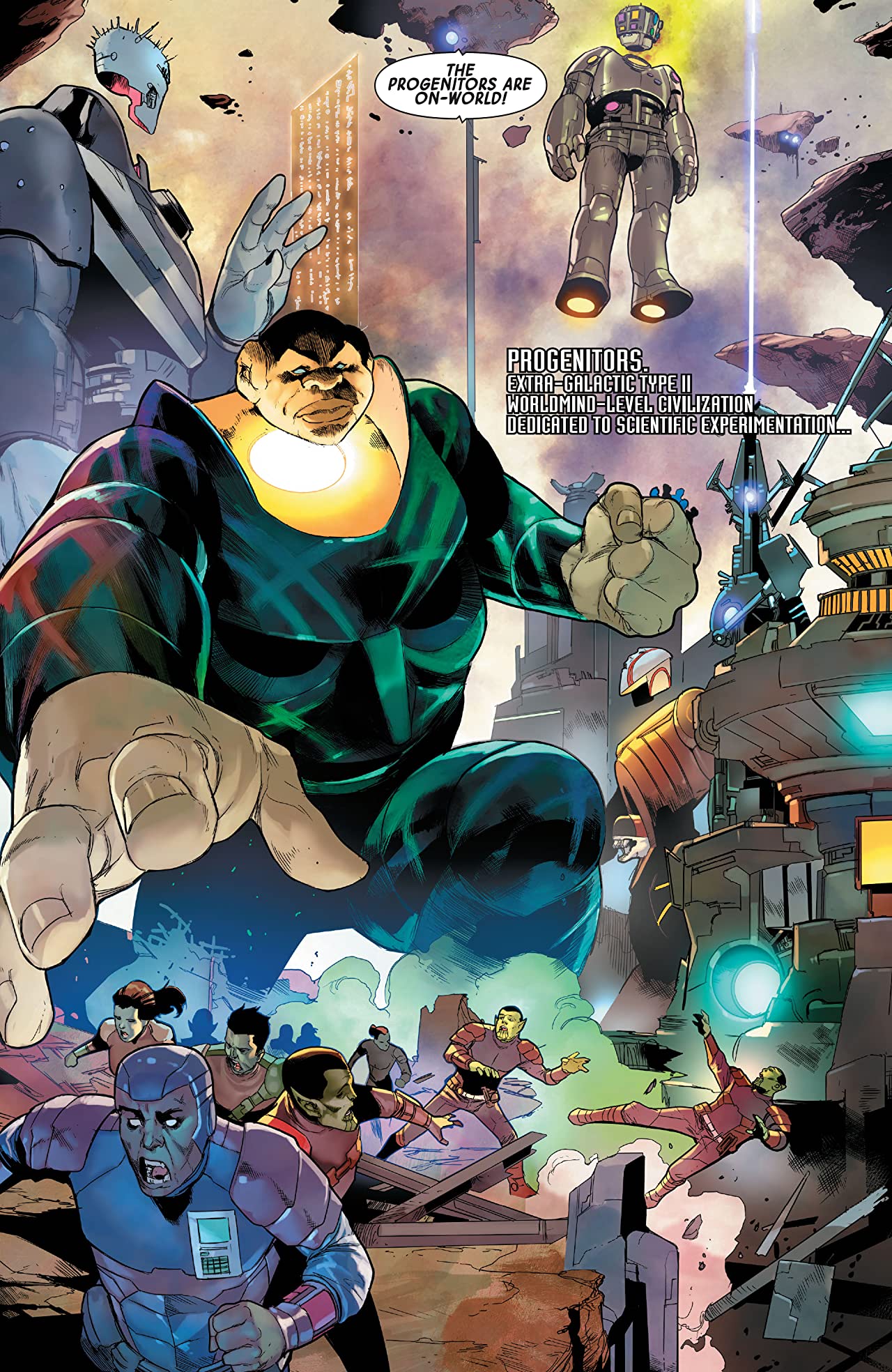 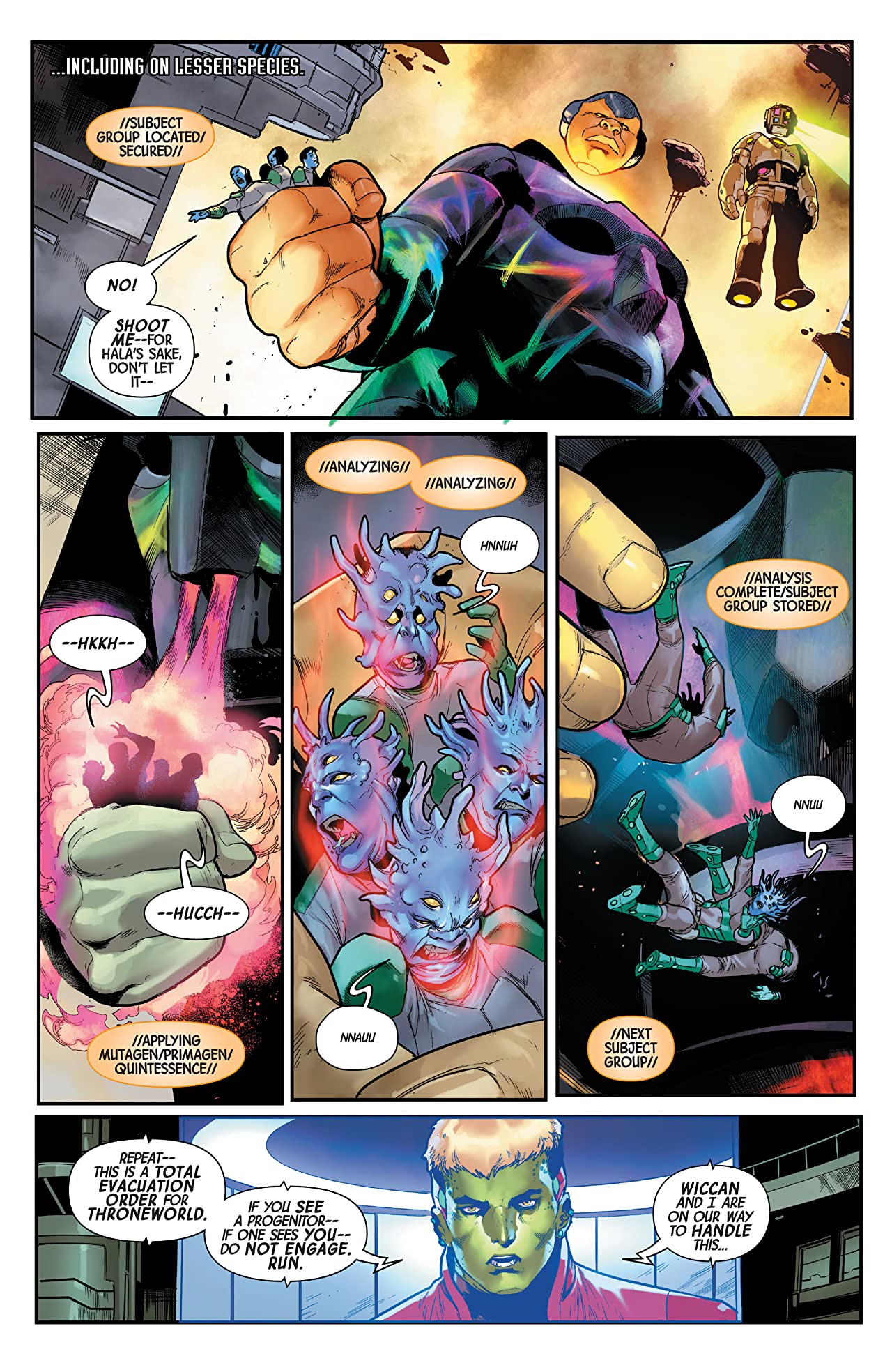