The Eternals looks to be a huge disaster for Kevin Feige as not only does the Rotten Tomatoes score keeps dropping as more advanced reviews from the media make their way online, but as previously noted, the box office projections are also in the gutter.

The initial batch of early reviews was more positive, but now the Eternals Rotten Tomatoes score is at a low 57% with 145 reviews accounted for, days before the movie’s official release.

The number marks the lowest score for the Marvel Cinematic Universe and the only “Rotten” MCU movie to date and is much lower than the previous low held by Thor: The Dark World‘s 66%, a film previously considered to be the worst Marvel movie.

As Eternals hasn’t yet been released in theaters, the Rotten Tomatoes Audience Score is not yet available, so it will be interesting to see the difference, if any, between the critics and the Marvel fans.

As I previously noted, the recent Marvel releases haven’t been all that good, which includes Captain Marvel (79%) and Black Widow (79%), so that means three out of the four releases – not counting Infinity War and Avengers: Endgame – have been only so-so (Shang-Chi has been well received).

Regarding the box office, due to the Eternals Rotten Tomatoes score being so bad and all the negative reaction and reception on social media surrounding the movie, the box office projections have dropped by 12%, and 25%. I know my local theaters on the Fandango app currently show nobody buying tickets (literally two people have tickets at 8 pm on Friday the last I checked).

While I have yet to see the movie, there is no doubt that Eternals is another example to come out of Disney, Marvel, and Hollywood where the woke agenda sacrifices the story for the sake of political correctness, which is simply proven by the fact that Kevin Feige replaced a red-headed white male character with a deaf POC — but the Eternals don’t have disabilities or change genders.

Further proof the woke agenda was injected into Eternals comes from the fact that the Oscar Award-winning director, Chloe Zhao, said the decision was already made to change the characters in Eternals before she was brought on board to helm the flick. 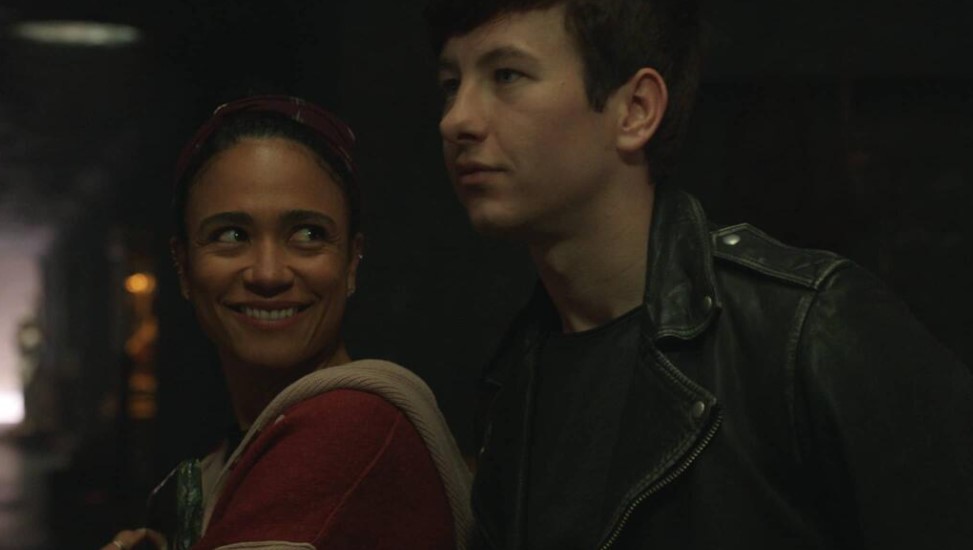 I asked our very own Timelord about it whose Guardians of the Galaxy and Nova comic book reviews have been used and quoted by Marvel Comics.

“Not to my knowledge during any era except this most recent comic book incarnation which is awful,” says Timelord about the race and gender-swapping of characters. “Kirby’s idea was that Eternals were ‘eternal’ — unchanging, perfect bodies. That is why Sprite is forever a tween — created that way and can’t change. Eternals don’t have children. They were created in the bodies they currently possess and were supposed to be indestructible.”

Timelord continues with mention that the woke approach to Eternals is something that only came about within the last ten years or so (Marvel Comics began their woke approach with the Marvel NOW! initiative).

“This most recent ‘great machine’ that re-creates destroyed Eternals is a concept that’s only been around the past 10 years or so,” explains Timelord. “The Eternals of Titan were ret-conned as Eternals and could be killed and have children (I don’t think Kirby would have approved of this ret-con). The Deviants were ‘the changing ones’ and had longer life spans than humans but could be killed and have children. Humans were the middle ground — short-lived, sexually reproducing, and subject to the ravages of time in the form of aging and short life spans.”

Timelord also says that the latest movies and comic books are all examples of bad concepts.

“Of course, this latest incarnation of Eternals in the comics is unrecognizable (I bet Kirby is spinning in his grave) to classic Eternals fans like myself,” says Timelord. “These movie versions are just pandering to the loudmouths on Twitter and to movie reviewers who don’t even like comic book movies anyway demanding diversity in comic book movies. The whole thing is ridiculous. There should be no disabled (deaf) Eternals. No disrespect to the actress who is fantastic on The Walking Dead. It is just bad writing, bad concepts, and pandering to people who would never be satisfied anyway.”