Eiza Gonzalez is currently rumored to be up for the role of Hawkgirl in Shazam! 2: Fury of the Gods.

The rumor comes from an anonymous Hollywood scooper who goes by the name of “deuxmo” who puts out a gossip e-mail newsletter (and has been written about by Vanity Fair).

In the latest newsletter, deuxmo says: “Eiza Gonzalez is being considered for Hawkgirl in the Shazam sequel.”

The rumor doesn’t offer more details, but Hawkgirl possibly appearing in Shazam! 2 does make sense as it is known Dwayne Johnson was forced to drop the use of Hawkgirl – even though he is using Hawkman – in Black Adam.

“Hawkgirl was 100% in our original JSA team. Sadly, it’s a complicated story I’ll share with the fans down the road,” Johnson revealed last August.

So obviously Hawkgirl is being saved for something else which could be the next Shazam! movie.

The current Hawkgirl in the comics is Kendra Saunders who is Hispanic (Gonzalez is Latina/Mexican).

Worth a mention is that WB recently announced the new Supergirl who is Latina, and Angel Manuel Sot is directing Blue Beetle where he revealed in a recent interview WB feels it is time for Latinos to be presented as something more than stereotypical “bad guys.”

Actress Ciara Renée portrayed the character in The CW’s The Flash and starred in the first season of Legends of Tomorrow, but both Hawkgirl and Hawkman (Falk Hentschel) aren’t used in the series anymore. 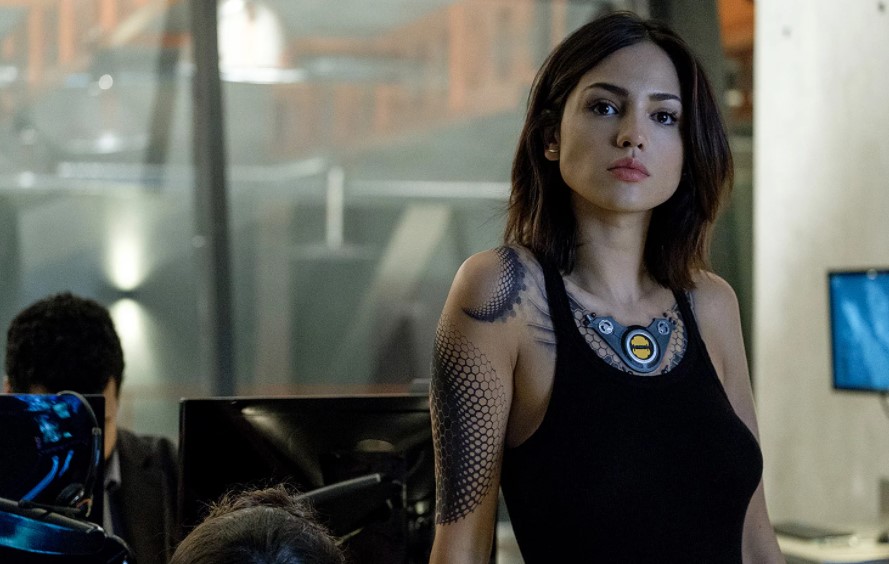 Eiza Gonzalez’s name has come up many times from fans and rumors alike in regards to various DC roles, as Gonzalez has been a fan-favorite to play Catwoman and characters such as Zatanna.

The 31-year old actress is starring in the upcoming Godzilla vs. Kong movie and also starred in the Bloodshot movie featuring Vin Diesel where she played the first female Mexican superhero on the big screen.

“I feel completely proud, really for me it was very important and has been really important in my career to find people that go against the archetype of what is already predisposed for Latinas. I always feel that we have to be strong, or bad and we can never be profound. There are always things that don’t emphasize the beauty in our culture,” she told BeLatina last year. “I feel very proud of the fact that Latina women are raising their voice to say no more, we are not allowing these things, we put a limit and that is part of something very fruitful to the Latina woman… I’m very proud of the Mexican women and will be supporting them from wherever I am.”