With the Black Adam confirming Cyclone at DC FanDome, fans have been scratching their heads wondering about Hawkgirl.

Dwayne Johnson takes to social media to respond to a fan inquiry revealing they were forced to drop Hawkgirl from Black Adam and that they replaced Hawkgirl with Cyclone.

"Hawkgirl was 100% in our original JSA team. Sadly, it's a complicated story I'll share with the fans down the road," Johnson tweeted Saturday. "But it opened up the door for another awesome opportunity for another actress to come and crush the role of Cyclone. I believe it all works out how it's meant to."

Hawk Girl was -- in our original JSA team. Sadly, it’s a complicated story I’ll share w the fans down the road. But it opened up the door for another awesome opportunity for another actress to come in and crush the role of Cyclone. I believe it all works out how it’s meant to --

The notion of no Hawkgirl in Black Adam is sort of odd as obviously the character is paired with Hawkman where they share an origin story, but interestingly enough, only Hawkman is considered a founding member of the Justice Society of America as Hawkgirl only assisted the team on several missions and was never formally inducted as a member at the beginning.

We can also guess that Hawkgirl may be used elsewhere - such as in Shazam! 2 - or some other DC project. 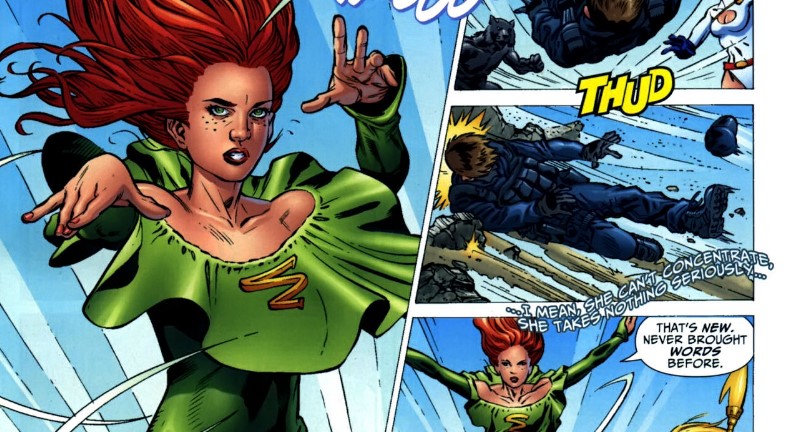 Regarding Cyclone, she is the granddaughter of the original Red Tornado and a member of the JSA that Geoff Johns created and introduced in Justice Society of America vol. 3 #1 (2006) based on a character from Kingdom Come #2.

Black Adam is also confirmed to feature Doctor Fate as part of its Justice Society.

The film gets released Dec. 22, 2021 directed by Jaume Collet-Serra.