It’s claimed that Doctor Doom concept art from Black Panther 2 has leaked online, which can be seen below and shows off what the character may look like in the MCU.

Doctor Doom is primarily known for being a Fantastic Four villain, but rumors offer the following Doctor Doom concept art may be a part of the Black Panther 2 post-credit scene.

In the comics, Doctor Doom has a history with Black Panther as Doom attempts to take control of Wakanda to get the vibranium, and interstingly enough, when Doom attacks T’Challa, he wounds T’Challa enough where T’Challa can’t be Black Panther. Maybe this would be a way of explaining the death of Chadwick Boseman, which would mean the Doctor Doom scene would actually take place at the start of Black Panther 2?

It’s also possible, again assuming the concept art is legit, that it sets up Doctor Doom in the MCU to be a part of a Black Panther 2, and/or the upcoming Fantastic Four movie that is thought to spin-off from Ant-Man 3, with another possibility being the Secret Wars movie that is thought to be happening as the next big “Avengers level” MCU movie possibly directed by the Russo brothers.

Rumors have also offered Viggo Mortensen is being eyed as Victor Von Doom the ruler of Latveria for the MCU.

Next week it is confirmed that Marvel Studios will have a big presence at the San Diego Comic-Con, and with Black Panther 2 being the next Marvel movie that gets released in November, Marvel will definitely be promoting Black Panther 2 in a big way. There is also the D23 Expo in September, so in the next couple of months, it appears we’ll find out more about the plans for the MCU.

Doctor Doom vs Black Panther from the Marvel Comics: 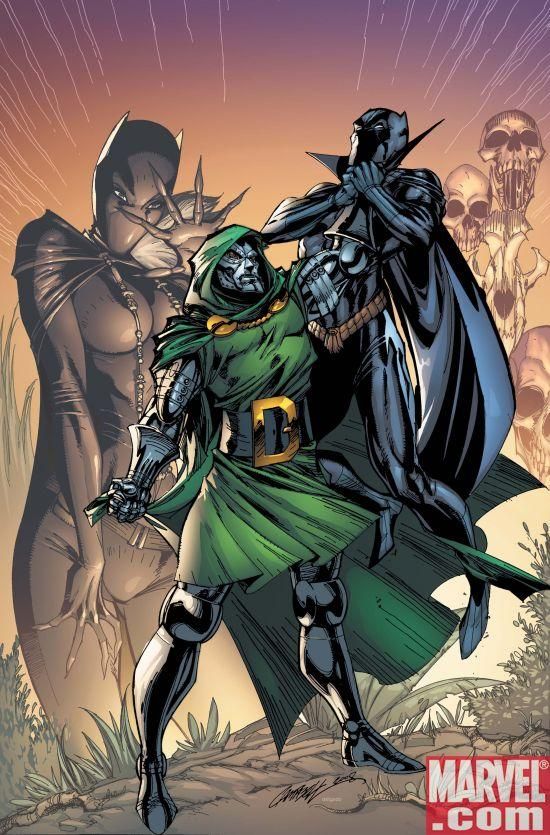