It's claimed that Disney may have shut down a Star Wars movie involving Brie Larson and Rian Johnson as well as head of LucasFilm, Kathleen Kennedy.

The Star Wars info once again comes from the "future ruler of Earth," Doomcock from the Overlord DVD YouTube channel who recently offered that Disney is resetting Star Wars and that Kathleen Kennedy will be stepping down.

Lord Doomcock also previously provided all those Skywalker spoilers as well as the information on how Brie Larson is being second-guessed at Disney.

The Youtuber also previously offered that a Star Wars "civil war" is taking place at Disney between Kathleen Kennedy and her people, and those that are loyal to George Lucas, such as Jon Favreau and Dave Filoni. 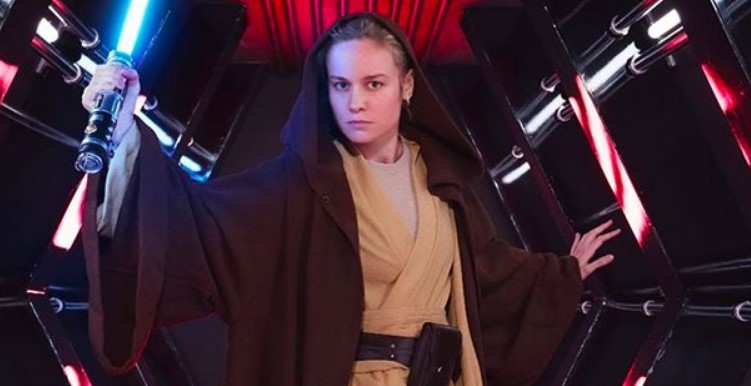 Doomcock explains in his latest video that Kathleen Kennedy is attempting to develop a Knights of the Old Republic movie starring Brie Larson that would be directed by both Taika Waititi and Rian Johnson.

He goes over how a source of his filled him about a conversation the source had with a Disney LucasFilm insider, "Mr. X," about the Star Wars Knights of the Old Republic movie starring Brie Larson that is (or was) being developed by Kennedy.

"My source asked if there were Knights of the Old Republic movies in development," explained Doomcock. "Mr. X hesitantly confirmed, 'That yes, Kathleen Kennedy is helming a Knights of the Old Republic film. But if the rumors are even true, the news is worse than even that.' My source asked, 'What rumors?' Mr. X replied, 'It's looking like Brie Larson is going to be in it. Word is she will either play Bastila Shan or Reven.' My source didn't flinch at that saying they already heard that, but then Mr. X replied, 'Yeah but have you heard who is directing this movie?' My source answered, 'We were told it was Taika Waititi, right?' 'Yes, he is, but it turns out there is going to be a second director. Rian Johnson.' At this point, my source lost it."

Doomcock continued: "Imagine Kathleen Kennedy producing a perversion of Knights of the Republic starring Brie Larson directed by Taika Waititi and Rian Johnson? Can you imagine it?"

Doomcock goes on to explain how the Kathleen Kennedy Knights of the Republic movie relates to his previous information regarding how Disney is going to reset Star Wars through a concept created in the Star Wars Rebels animated series.

"Mr. X said this was Kennedy's way to sabotage the effort to destroy the Sequel Trilogy using the Veil of The Force, but would elaborate no further," said Doomcock. 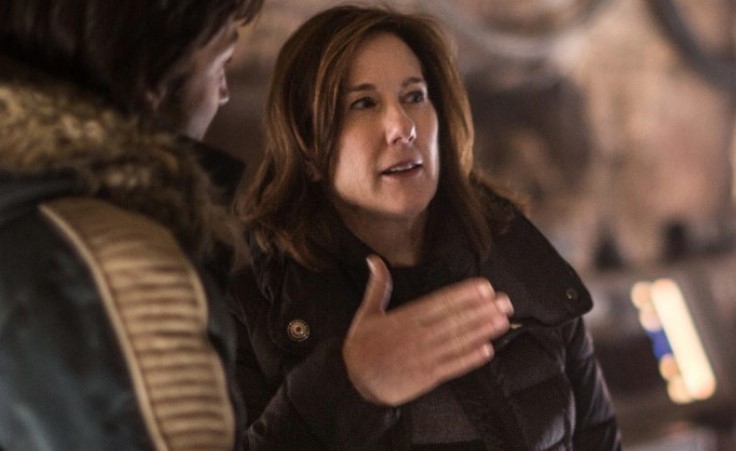 Kathleen Kennedy may be out from LucasFilm and Star Wars

Now here is where things get interesting as it relates to the "civil war" said to be taking place regarding the future of Star Wars, as Doomcock says sources have filled him in that a meeting was held on July 3 with Kathleen Kennedy, which might involve her stepping down and starting her own female-centric production company (as DC previously went over here).

"LucasFilm received a letter that all projects being developed by Kathleen Kennedy were stopped until further notice and all the budgeted funds for those projects were being pulled," explained Doomcock.

The YouTuber went on to explain that Kenndy's projects apparently being pulled or at the least reviewed didn't come from recent-CEO Bob Iger or the new CEO Bob Chapek, but from the fiscal side of things at Disney, the "money people."

Doomcock also says that a big announcement will be coming the first week of September from Disney about the future of Star Wars, but offers he doesn't know if it will be good news, meaning, Kathleen Kennedy is out, or if it will be bad news, meaning Kennedy will still be in charge and the Brie Larson and Rian Johnson Knights of the Old Republic movie may happen -- again all of which depends on how the Star Wars "civil war" plays out.

Worth a mention is that Brie Larson recently revealed she tried out for Star Wars, but made it sound as if she didn't get the part, so perhaps it was the Knights of the Old Republic that Disney may have shut down.