A new rumor has hit the net offering that some sort of Disney Star Wars reset is in the works that will see Force Awakens, Last Jedi, and Skywalker basically erased.

The rumor comes from the "future ruler of Earth," the Doomcock Overlord DVD YouTube channel, who recently offered that a Star Wars "civil war" is happening at Lucasfilm between Kathleen Kennedy and Jon Favreau.

Doomcock also previously provided those Skywalker spoilers, and prior to Marvel Studios announcing a new director and writing team on the Captain Marvel sequel, said there were all kinds of problems at Marvel with Brie Larson and Captain Marvel (interestingly enough, Feige is now going with Elizabeth Olsen and Scarlet Witch).

Update: It's claimed the Star Wars reset involves Kathleen Kennedy stepping down and possibly Jon Favreau named as the new head of Lucasfilm. 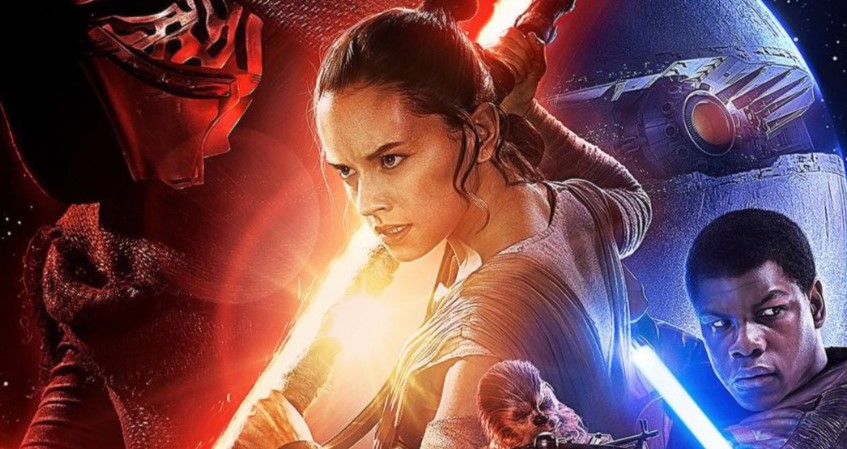 Getting back to the rumor, Doomcock says that plans are in place to save the Star Wars franchise which involves the Abrams and Rian Johnson trilogy getting nullified.

It's claimed the Disney Star Wars Trilogy will be erased using a concept that was recently made canon in the Star Wars Rebels animated series.

"In the Season 4 episode 13 installment titled 'A World Between Worlds,' the concept of the Veil of The Force was introduced, a mystical dimension of The Force that connects all time and space," explains Doomcock. "I have received confirmation from two additional sources claiming that this is spot on -- that indeed LucasFilm realizes they have a massive problem on their hands, that the Star Wars franchise is all but dead, and despite Kathleen Kennedy's hatred of this idea, Lucasfilm is preparing to render the Sequel Trilogy null and void."

It's said that the events from The Force Awakens, Last Jedi, and Skywalker "will be removed from canon, isolated in their own alternate timeline and regarded as an Elseworlds-like installment under the label of Star Wars Legends."

So what Doomcock is explaining is that a Star Wars Multiverse will be created which will isolate the Disney Star Wars Trilogy as being a part of a separate universe that is not a part of the George Lucas original Star Wars films. 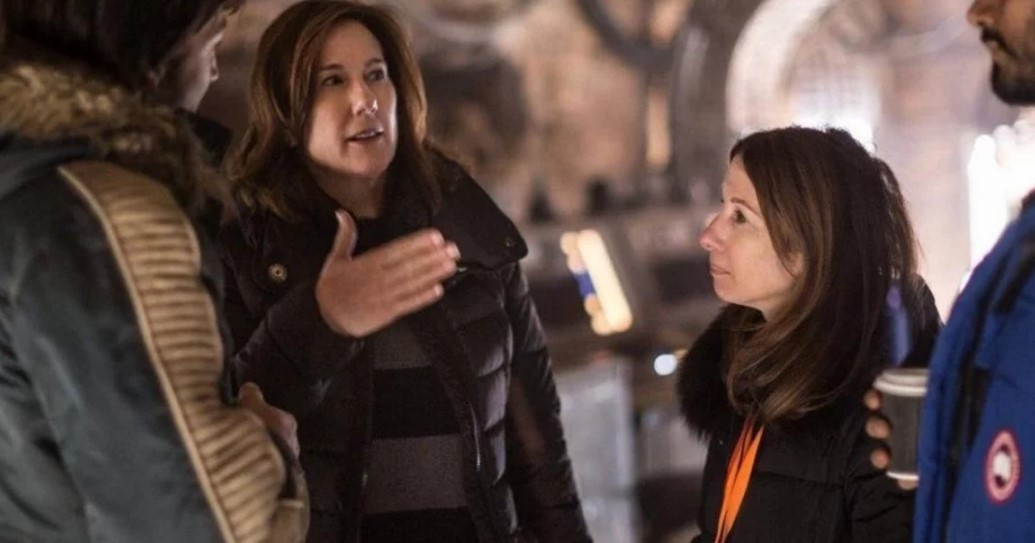 Doomcock continues by noting the details can't be verified but says there may be proof it's happening in The Rise of Skywalker (more on that below).

Doomcock feels the plan will happen.

"A massive reset is going to hit the Star Wars universe," he says. 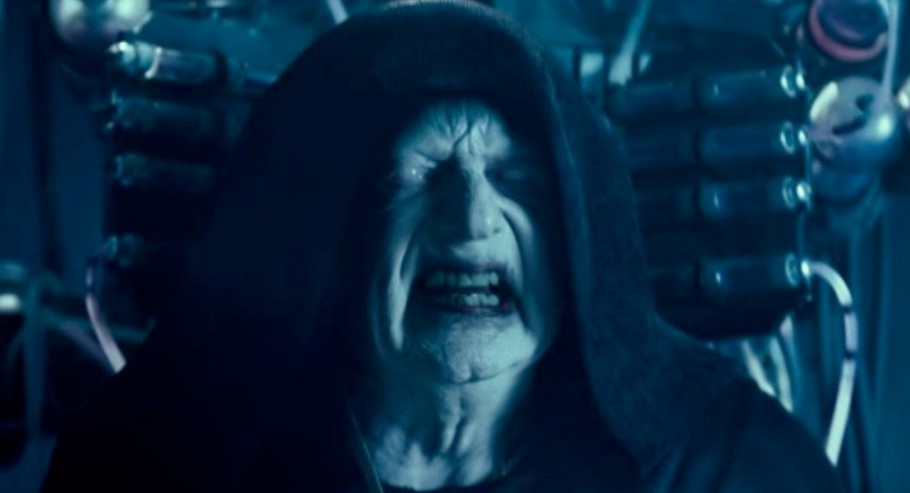 Details how Disney Star Wars will get undone:

Regarding how they are going to undo the Disney Star Wars sequels, it involves The Emperor:

Emperor Palpatine had a room on the second Death Star called The Room of Mirrors. The mirrors were created by The Emperor prior to the Death Star through the Dark Side using ancient Sith rituals. These mirrors linked to the Veil of The Force served many purposes. Using them, Palpatine could manipulate The Force in many ways to further his aims. For example, the use of the mirrors allowed Palpatine to cloud the Jedi Council to conceal himself and his dark apprentices from the Jedi and from Force-sensitives that followed their fall.

Using the mirrors allowed Palpatine to access the awesome powers of the Veil of The Force. They were indispensable tools that allowed him to rise to the pinnacle of ultimate power. It is this conceit that explains how Palpatine survived Darth Vader throwing him down the shaft in the throne room of the Death Star. In desperation as he fell, Palpatine opened a portal to the Veil of The Force and entered it. This explains why Palpatine is in such a damaged state in the Rise of Skywalker, as transporting himself into the Veil without the aid of the mirrors drained him and damaged him severely.

Doomcock goes on to explain that The Emperor created a second set of mirrors on Exegol that allowed him to escape where he plotted the rise of the Empire.

Regarding how things will be reset, it's explained that all one has to do is go into the Veil of Mirrors and wait for Palpatine to enter, as the Veil is "a mystical dimension where in all times collide," which will cause the Disney Star Wars trilogy to "consign to its own alternate timeline forever" as "Palpatine enters the Veil and never gets back to Exegol."

"[The Emperor] is prevented from using the mirrors to return, he dies as he was intended to [in Return of the Jedi], and 'Bob's your uncle' and all our problems are solved," explains Doomcock.

So since The Emperor never survives, that means the events from Force Awakens, Last Jedi, and Skywalker never comes to pass in the George Lucas timeline.

"No Disney sequel trilogy, Han doesn't walk stupidly into a lightsaber, Leia doesn't fly like Mary Poppins through space, Luke has nothing to run away from and consumes no green milk, and I am informed there will be no amazing 'wonder Rey' as she was born after The Emperor's death," says Doomcock who notes the particulars are still getting worked on, but that the plan will "retcon the Sequel Trilogy out of our misery and restore freedom to George Lucas' galaxy." 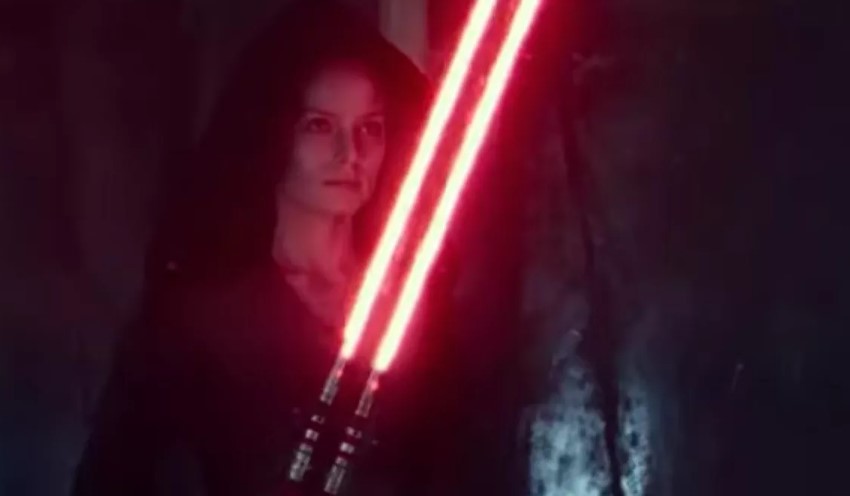 Doomcock offers proof that this may be happening is a scene that was included in Rise of Skywalker which featured Rey confronting her Dark Side self, where mirrors can be seen in the background. It's said it's unknown if Abrams knew what the scene was about, but it "demonstrates the plausibility of this rumor."

The scene features broken mirrors, where one mirror is still intact which the Dark Side Rey emerges from.

"Well, my friends, this is your glimpse into the Veil of The Force," explains Doomcock. "Literally anything is possible here as branching alternate realities converge and diverge in that mystical dimension. What is glimpsed in those mirrors is an alternate version of Rey, and lurking within the Veil are alternate versions of Palpatine, alternate versions of Luke, alternate versions of Han. Somewhere in the multiverse may even lie a version of the Disney sequels that didn't suck and didn't outrage and alienate a huge section of the Star Wars fandom, but for now the best we can hope for is using the Veil of The Force to obliterate the Disney sequels banishing them to their own little funhouse mirror in the vast hall of mirrors Multiverse to be forgotten as the substandard garbage they are."