Disney Plus Day is taking place this Friday which will see a slew of new content to hit the streaming service including Marvel, Star Wars, and more, in addition to a lot more planned.

Star Wars will see Under the Helmet: The Legacy of Boba Fett released on Disney Plus (watch The Book of Boba Fett trailer here).

Dwayne Johnson and Emily Blunt’s Jungle Cruise will also be released on Disney Plus Day.

The Simpsons will also debut a new short.

Check out the full info below. 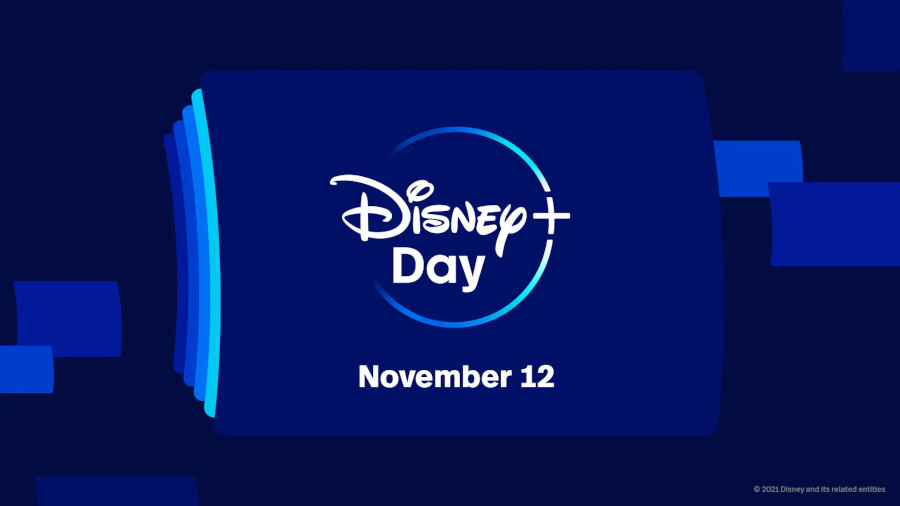 Introductory Offer of One Month of Disney+ for $1.99 Available for New and Eligible Returning Subscribers Starting Today

BURBANK, Calif. (November 8, 2021) – Ahead of Disney+ Day this Friday, November 12, The Walt Disney Company announced new company-wide promotions and additional content premiering this Friday to kick off the celebration of the Disney+ global community. To thank fans for their support over the past two years, Disney+ subscribers can enjoy special benefits including additional time at Disney Parks around the world, shopDisney deals, access to fan-favorite content, exclusive first-looks on platform, and more. Fans can also follow along with @DisneyPlus on Twitter, Facebook, and Instagram this Friday at 6:00am PT for exciting first looks at upcoming Disney+ movies and series. For those looking to join the Disney+ community, starting today through Sunday, November 14, new and eligible returning subscribers can get one month of Disney+ for $1.99.

“Since launching two years ago, Disney+ has captured the hearts and imaginations of audiences around the world with its best-in-class originals and robust library of beloved films and series,” said Kareem Daniel, Chairman, Disney Media and Entertainment Distribution. “With Disney+ Day, we are creating an unparalleled experience for our subscribers as only The Walt Disney Company can.”

In celebration of Disney+ Day, Disney+ subscribers with a valid ticket or pass and theme park reservation on November 12 will enjoy special benefits across Disney theme parks, with some surprises in store as well. Disney+ subscribers are invited with their travel party to enter the theme parks at the Walt Disney World Resort and Disneyland Resort 30 minutes before the parks open. For even more fanfare, Disney’s Hollywood Studios at Walt Disney World Resort and Disneyland Park will roll out the blue carpet for guests with character moments, photo opportunities and more. Subscribers will also enjoy complimentary Disney PhotoPass photo download(s) taken at select locations.

Disneyland Paris will also roll out the blue carpet at Walt Disney Studios for guests to celebrate with special character appearances and photo opportunities throughout the day. The park will extend its operating hours by 30 minutes for guests to enjoy as the Tower of Terror illuminates the night in Disney+ blue.

ShopDisney will offer free shipping in the U.S. and Europe from November 12 to November 14 to subscribers of Disney+. Also starting today in the U.S., and for a limited time, shopDisney will be rolling out new customizable products from Disney, Pixar, Star Wars, and Marvel including short sleeve and long sleeve T-shirts for kids and adults from Disney+ favorites: “Raya and the Last Dragon,” “Luca,” “Star Wars: The Bad Batch,” and “Loki.”

Disney Publishing Worldwide will offer select $0.99 eBooks today through November 17. Fans can discover the stories behind their favorite Disney+ series, including “Loki,” “High School Musical: The Musical: The Series,” and “The Mandalorian.”

Disney and VeVe, the largest mobile-first digital collectible platform, have announced a collaboration to launch a series of NFTs featuring beloved and iconic characters from some of its fan-favorite properties. “Golden Moments,” gives fans the opportunity to purchase digital golden statues inspired by stories from Disney, Pixar, Marvel, Star Wars, and The Simpsons. New digital collectibles were available daily starting November 7 and will culminate on Disney+ Day, with a special Ultra Rare digital collectible.

Disney will team up with Funko to offer an exclusive 10% off Disney+ products from November 12 to November 14 on Funko.com and in their two retail locations, Funko HQ located in Everett, Washington and Funko Hollywood, located in Los Angeles, California. Customers can use promo code DISNEYPLUSDAY on funko.com, and the discount will be automatically applied at checkout in-store. Exclusions apply, see terms and conditions for details. Star Wars fans can also head to BringHometheBounty.com at 6am PT on Disney+ Day, for exclusive reveals of new Star Wars Funko Pop! Bobbleheads.

In celebration of Disney+ Day, WizKids is offering an exclusive 5% off Disney product and a Marvel gift with purchase November 8-14, 2021 on Shop.WizKids.com. Customers will use promo code DISNEYPLUSDAY on Shop.WizKids.com. Exclusions apply, see terms and conditions for details.

Additionally, Disney will team up with Target to host in-store activations on November 12 through November 14 in almost 800 Target stores across the U.S. as part of a joint commitment to create new experiences for guests. Target shoppers will have the ability to sign up for the Disney+ Day offer and receive special giveaways.

From November 12 through November 14, more than 200 AMC Theatres will celebrate Disney+ Day with four daily surprise screenings of fan-favorite movies. Each movie will feature a surprise short, and guests won’t know which movie is being shown until the screening begins. Tickets for these surprise screenings are $5 each, and guests will receive a free Disney+ poster and a special concession offer with their ticket purchase. A list of participating AMC locations can be found here.

The celebration will extend to local communities via ABC’s Owned TV Stations with original programming dedicated to Disney+ Day including special episodes of “Localish” and “On The Red Carpet.” Also, “GMA” will celebrate live from Times Square on November 12 with special guests from Disney+ shows and spotlights on the coast-to-coast celebrations at Disneyland Resort and Walt Disney World Resort.

On Friday November 12 at 6:00am PT, fans can follow along with @DisneyPlus on Twitter, Facebook, and Instagram for first looks, new trailers, exclusive clips, and appearances from Disney+ creators and stars for upcoming content from Disney, Pixar, Marvel, Star Wars, National Geographic, and in select international territories, Star.

Additional new and beloved fan-favorite content will make their Disney+ streaming debuts on November 12, including:

– A new documentary titled “The Making of Happier than Ever: A Love Letter to Los Angeles” about Billie Eilish’s recent Disney+ cinematic concert experience
– “Marvel Assembled: The Making of Shang-Chi and The Legend of The Ten Rings,” a docu-special chronicling the creation of the recent Marvel Studios’ theatrical release
– “Marvel Studios Legends: Hawkeye,” an episode that revisits all of Hawkeye’s epic moments from the MCU in preparation for the upcoming Disney+ Original Series
– The live-action/animated musical fantasy romantic comedy film “Enchanted” from 2007, starring Amy Adams and Patrick Dempsey
– The recent Disney Channel Original Movie “Spin” where Rhea, an Indian American teen, discovers her passion for creating DJ mixes that blend her South Asian culture and the world around her
– All episodes of “Fancy Nancy” season 3, which will launch day and date with its premiere on Disney Junior

These titles join previously announced Disney+ Day premieres including: “Shang-Chi and The Legend of The Ten Rings,” “Jungle Cruise,” “Home Sweet Home Alone,” “Olaf Presents,” “Frozen Fever,” “Paperman,” “The Ballad of Nessie,” “Feast,” “Get a Horse!,” “The Little Matchgirl,” “Tick Tock Tale,” “Tangled Ever After,” “Ciao Alberto,” “The Simpsons in Plusaversary,” “The World According to Jeff Goldblum,” “Under the Helmet: The Legacy of Boba Fett,” “Marvel Studios’ 2021 Disney+ Day Special,” “Entrelazados,” and in international markets, “Dopesick.”

To celebrate the first two years of the service and all the new content to come, Disney+ is inviting fans to join the community with a special, limited-time offer. From now until Sunday, November 14, new and eligible returning subscribers in the US and select countries can get one month of Disney+ for $1.99 (then $7.99/mo.) by signing up at www.DisneyPlus.com/DisneyPlusDay and join in on all of the Disney+ Day celebrations.

Fans can also tune in to the Disney+ Day celebration on TikTok where Disney+ has launched an official account. The streaming service’s new TikTok will be home to unique short-form content featuring the iconic Disney+ stories, brands, and characters. Follow @DisneyPlus on TikTok today for new content all week leading up to Disney+ Day.

Additionally this week, Disney+ will pop-up in cities around the world with larger-than-life icons and characters from the service’s marquee brands. The activation kicked off in New York City today and will continue in Nashville on November 10, and Los Angeles on November 12.

Visit www.DisneyPlus.com/DisneyPlusDay to follow along all week as The Walt Disney Company comes together for Disney+ Day.

Disney+ is the dedicated streaming home for movies and shows from Disney, Pixar, Marvel, Star Wars, and National Geographic, along with The Simpsons and much more. In select international markets, it also includes the new general entertainment content brand, Star. The flagship direct-to-consumer streaming service from The Walt Disney Company, Disney+ is part of the Disney Media & Entertainment Distribution segment. The service offers commercial-free streaming alongside an ever-growing collection of exclusive originals, including feature-length films, documentaries, live-action and animated series, and short-form content. With unprecedented access to Disney’s long history of incredible film and television entertainment, Disney+ is also the exclusive streaming home for the newest releases from The Walt Disney Studios. Disney+ is available as a standalone streaming service or as part of The Disney Bundle that gives subscribers access to Disney+, Hulu, and ESPN+. For more, visit disneyplus.com, or find the Disney+ app on most mobile and connected TV devices.