A Chucky TV series is in the works at SYFY with original creator Don Mancini on board, which is based on the murderous, possessed doll that first appeared in the 1988 movie.

Don Mancini will serve as writer and executive producer of the Chucky TV series, with longtime franchise producer David Kirschner also on board, along with Nick Antosca (who worked with Mancini on Hannibal and Channel Zero).

“I’ve long wanted to bring Chucky to television and Syfy is the perfect network for us,” Mancini said in a statement. “The show will be a fresh take on the franchise, allowing us to explore Chucky’s character with a depth that is uniquely afforded by the television series format, while staying true to the original vision that has terrorized audiences for over three decades now.”

“It’s very rare that you get the opportunity to bring such an iconic character to your network, let alone with the original creator attached,” said Bill McGoldrick, President, Scripted Content, NBCU Cable Entertainment. “We look forward to working with Don, David and Nick on putting their blood, sweat, and more blood into bringing the Chucky story to television.”

“I worked with Don on Hannibal and on Channel Zero for Syfy, so developing Chucky with UCP really feels like coming home,” said Antosca. “Syfy is the perfect place to tell the next chapter in the Chucky saga and having the original creative team lead the project will help elevate the story we are excited to tell.”

A statement was also released by Chucky himself: “In these troubled times, I believe it’s my obligation as a horror icon to reach the widest possible audience, on TV. For over 30 years, I’ve been scaring the s–t out of you. But now at Syfy, I look forward to really making a difference.” 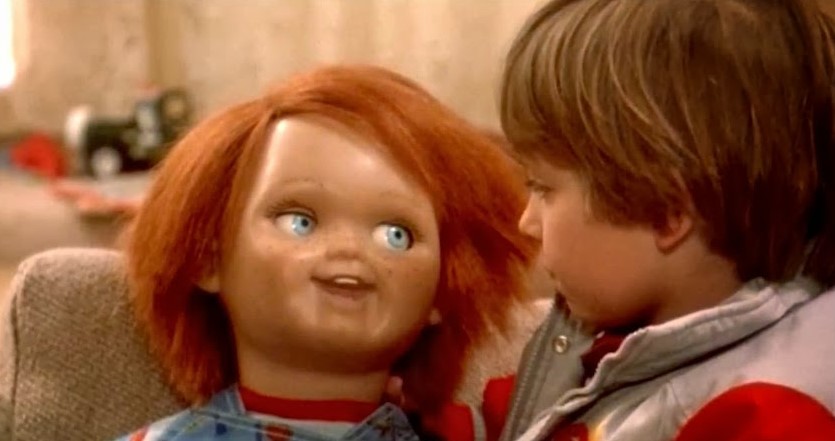 The Chucky TV series doesn’t appear to be related to the new Child’s Play movie reboot, as apparently, “Chucky” and “Child’s Play” are two different intellectual properties. Mancini recently blasted the reboot stating he wasn’t happy at all:

“MGM retained the rights to the first movie, so they’re rebooting that,” Mancini said. “They asked [producer] David Kirschner and I if we wanted to be executive producers. We said no thank you because we have our ongoing thriving business with Chucky. Obviously, my feelings were hurt. You know, I had just done two movies – forgive me if I sound defensive – [they] were both at 83% on Rotten Tomatoes. Even though they didn’t get theatrical releases, they were well regarded, and I did create the character and nurture the franchise for three f—ing decades. So when someone says, ‘Oh yeah, we would love to have your name on the film’… it was hard not to feel like I was being patronized,” he said. “They just wanted our approval, which I strenuously denied them. I hesitate to say too much about it because I don’t want to sound like I’m belly-aching too much, but the producers of that movie are the producers of IT. How would they feel if there was some legal loophole that allowed David Kirschner and I to swoop in and make our own IT movie with our own version of Pennywise and say, ‘Hey guys, we would love to put your names on it?’ I imagine they wouldn’t like it. That’s how I feel. The people who are making that movie, they don’t know how that’s going to affect my livelihood. It’s not just a paycheck. It’s very personal. MGM’s screwing with that, potentially.”