Possibly correlating with Doctor Strange 2 and The Marvels, Captain Marvel will be out of the comics, with a new version of her cosmic self introduced as Binary.

Marvel.com recently announced a new Binary will be introduced in Captain Marvel #36 and #38 as Carol Danvers goes missing (bold my own):

“The Last of the Marvels,” the current saga heating up the pages of Kelly Thompson’s CAPTAIN MARVEL run will come to a cataclysmic end in next week’s CAPTAIN MARVEL #36. The story was packed with developments that will have a major impact on the Captain mythos including the return of Genis-Vell and the reemergence of Carol Danver’s powerful cosmic form known as Binary! But this Binary isn’t Carol Danvers at all… The mysterious origins and powers of this new version of Binary will be further explored in a new arc beginning in May’s CAPTAIN MARVEL #38. This perfect jumping on point will see Binary take over as Captain Marvel when Carol Danvers goes missing.

The site also teases about the comic:

Carol’s disappearance has left the newly sentient Binary to fill in, but stepping into the shoes of one of Earth’s greatest heroes is no easy feat. As Binary finds herself plunged into a world she barely understands, the questions about exactly who and what Binary is grow deeper. And where IS Captain Marvel anyway?!

Regarding how it could tie into both Doctor Strange 2 and The Marvels, rumors have been swirling that Disney isn't happy with Brie Larson, and what is interesting is that the title of the sequel is not referred to as "Captain Marvel," but "The Marvels," as "The Marvels" references the additions of Teyonah Parris' Monica Rambeau from WandaVision and Iman Vellani as Ms. Marvel.

So what about Doctor Strange 2? Well, the recent Super Bowl trailer shows off who appears to be Binary (possibly Maria or Monica Rambeau), and what is also interesting is that both the movie and comic get released in May, so perhaps this is foreshadowing things to come in the MCU.

It's well, well known that the comic books often sync with the Marvel movies, with it recently suggested that the X-Men will be retconned to sync up with the Eternals movie, and the Shang-Chi comic book is getting reconned to align with that movie as well. 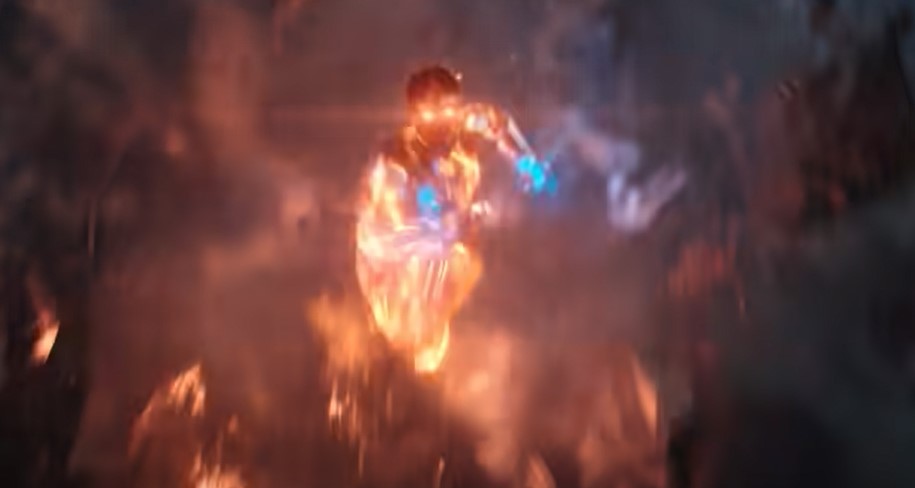 This perfect jumping on point will see Binary take over as Captain Marvel when Carol Danvers goes missing. Fans can check out Marvel Stormbreaker R.B. Silva’s cover of the issue showcasing some of Captain Marvel’s most iconic costumes over the years as well as Russell Dauterman’s original design sheets for Binary’s new look, a modern spin on the legendary Dave Cockrum’s classic design.

"I'm really excited about this wild new arc for Carol and Binary -- it's called TRIALS -- and lemme tell you, these ladies are going through it,” writer Kelly Thompson said. "Carol Danvers' time as Binary was one of her most fascinating -- and also one of her best and most powerful looks. And while Carol sometimes taps into that power -- it's a name and look that's been just sitting on the shelf, unused -- so we thought, why not have both? There's no reason we can't have Captain Marvel and also Binary -- and with that the wheels started turning on the creation of this awesome new character. It's been such a fun ride so far and there's so much more in store for her!"

"I was very happy to design this!” artist Russell Dauterman’ said. “I love Dave Cockrum’s original design (ever since I first saw Binary, when she punched Rogue through a roof!) — I wanted to keep that vibe, but modernize the look a bit and pull in some of Carol’s current iconography."

"It was such a thrill to get Russell Dauterman to do the Binary design,” Thompson added. “The original design is SO strong that we knew we needed someone with Russell's incredible gift for costume design if we had any hope of doing it justice." 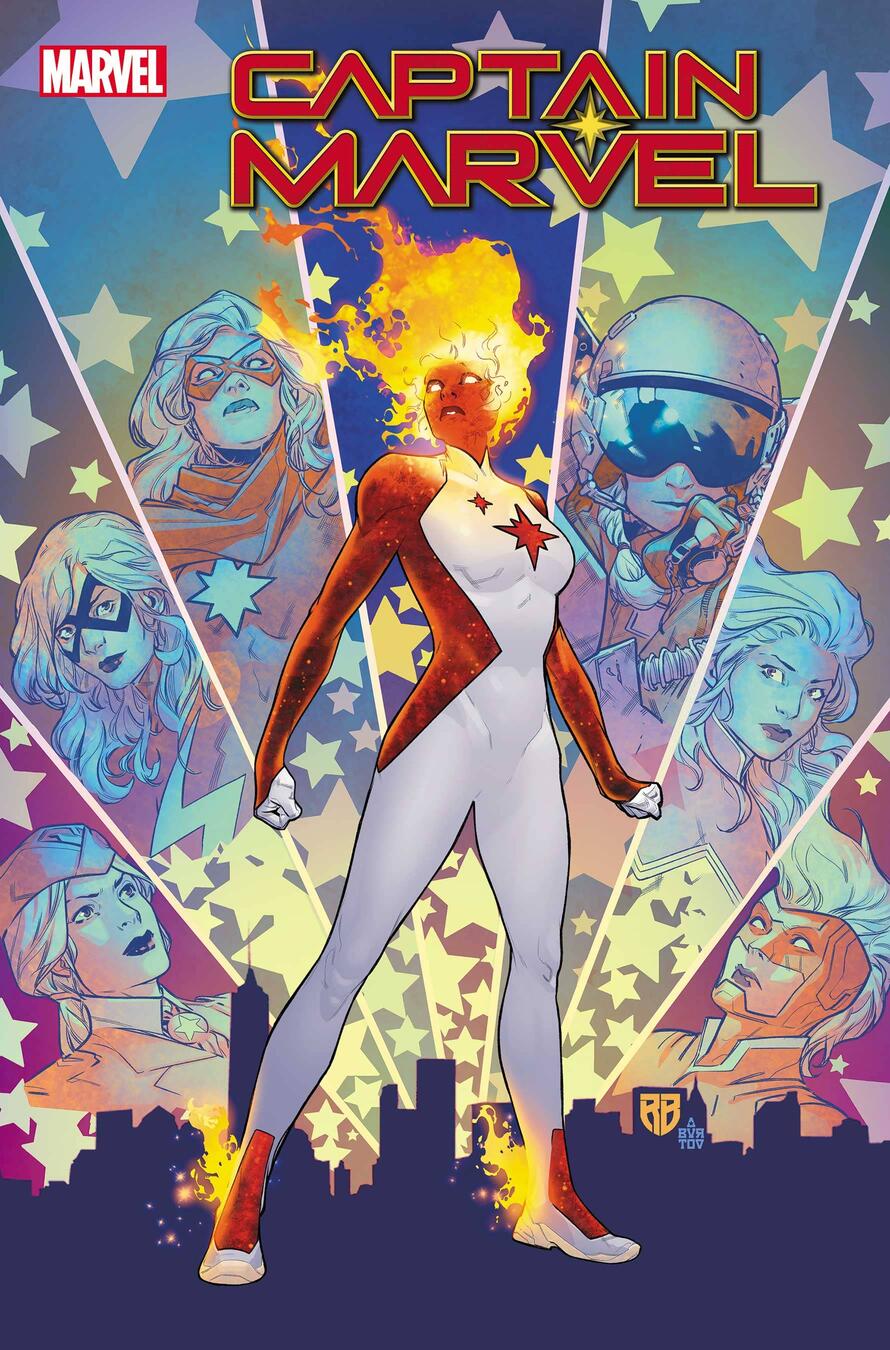 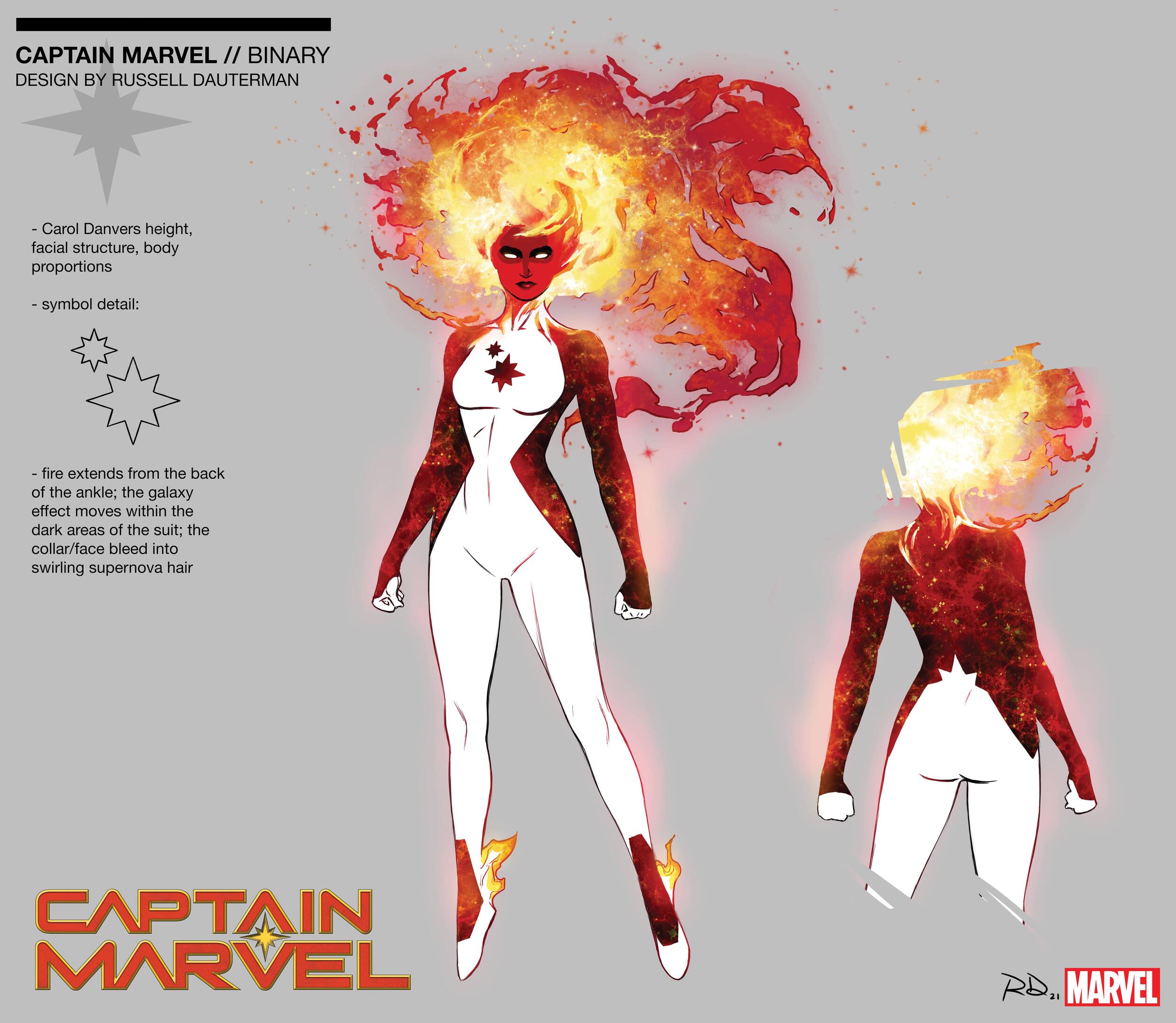 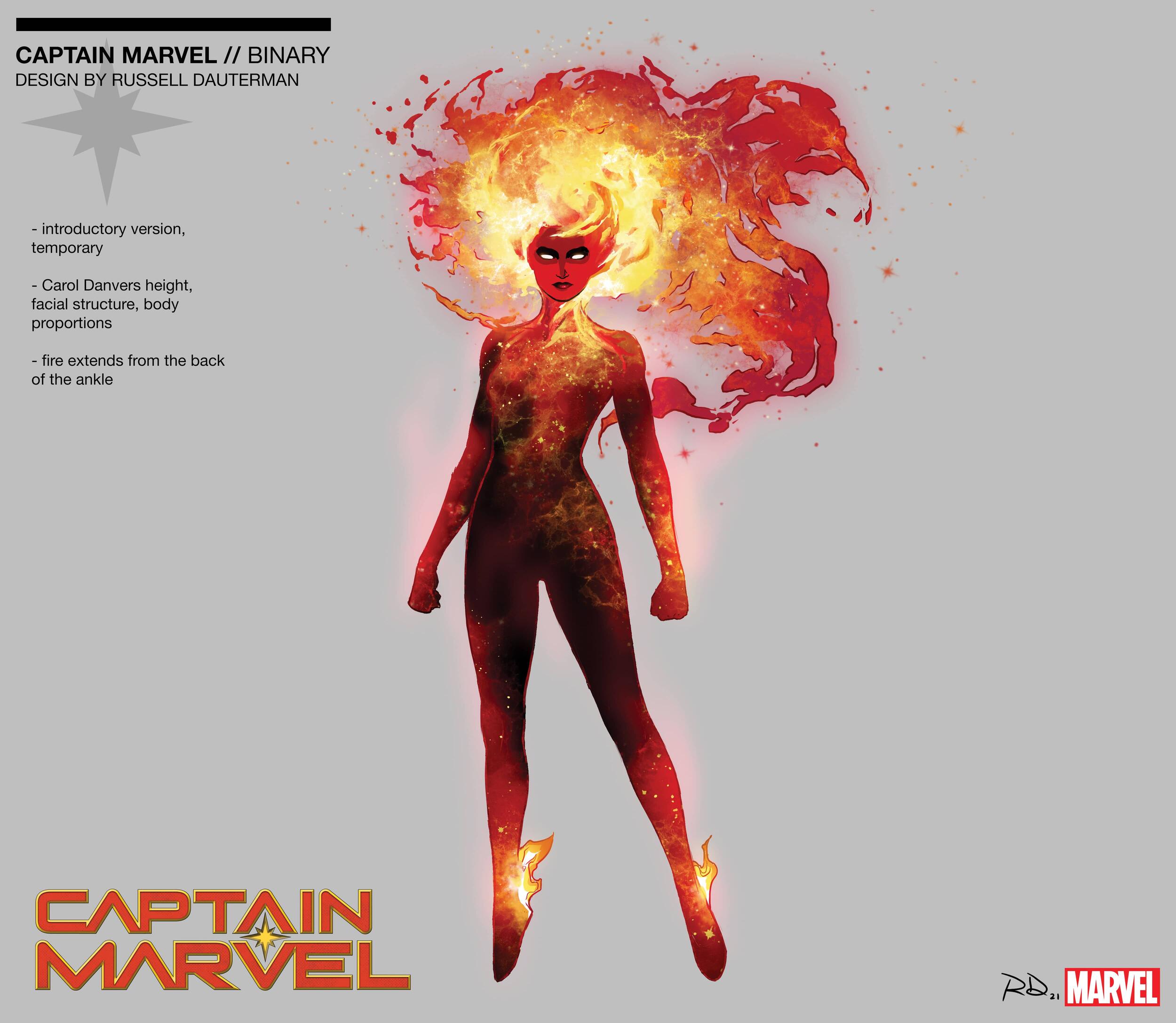