Following Guardians of the Galaxy, Captain Marvel, Eternals, what looks to be the X-Men, etc., now Kevin Feige and the MCU are apparently retconning the Shang-Chi character and Marvel comic book all because of the movies.

Marvel Comics reveals another retcon is in order, again to line up with the MCU, as it's revealed Shang-Chi will be wielding the Mandarin's rings as seen in the recent goofy movie, and not the 60 or so years as they have been featured as individual rings on fingers in the comics.

What's hilarious is that it's not like any of Feige's zombie movie fans actually buy comic books, and what is even more hilarious, is that the goofy MCU changed the Rings of the Mandarin so Feige's zombie fans wouldn't mix them up with the Infinity Stones.

So again, this is all forced garbage, to get the comics in line with the movies, instead of how it should be, the movies taking their inspiration from the source material, the comic books.

For the record, here are the much cooler Rings of the Mandarin from the comics: 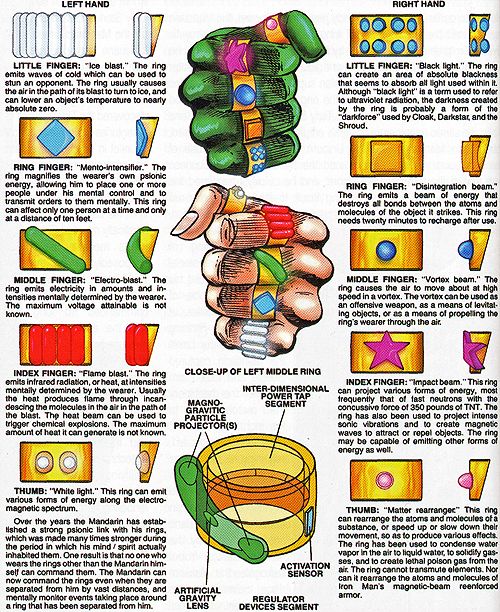 Regarding the X-Men, at one time the comics were going to retcon the mutants' origins as being related to the Inhumans, but now that the Inhumans are out of the door because of the feud between Feige and Perlmutter, the X-Men's origins are getting retconned to that of the Deviants to obviously explain why the X-Men and mutants will exist in the MCU, a la the garbage Eternals movie, the MCU's worst flick at the box office.

What's also hilarious is that the X-Men animated series, which is a close adaptation of the comics, happens to be way more popular than any other Marvel (or even Star Wars) IP, but we see obviously Disney and Feige don't get it, as they are changing everything to line up with the goofy MCU.

Worth a mention is that Shang-Chi didn't even make it into the Top 50 of comic book sales for January.

Here is the Shang-Chi #12 info via Marvel.com:

Shang-Chi harnesses the power of the legendary Ten Rings in upcoming issue of Gene Luen Yang and Marcus To’s run on SHANG-CHI!

A new weapon that could rival the might of the Infinity Stones will emerge this May in SHANG-CHI #12! In this crucial issue, Shang-Chi’s greatest enemies have gathered under his vengeful grandfather and in order to protect his bloodline, Shang-Chi will have to confront his dark side and unleash the power he was destined to wield… THE TEN RINGS! The devastating consequences of this action will have a major impact on Shang-Chi’s role in the greater Marvel Universe and further complicate his already tense relationship with the Avengers.

The legend of Marvel’s greatest fighter has been redefined for a new age in acclaimed writer Gene Luen Yang and superstar artist Marcus To’s hit run on SHANG-CHI. Since the very beginning, Shang-Chi’s ongoing solo series has revealed long-hidden secrets about his origins, introduced readers to his warrior siblings, and saw him sacrifice his good standing with Marvel’s heroes in order to honor his newly found family. Now, Earth is under attack from Shang-Chi’s grandfather and the forces of Ta Lo! To save his world, Shang-Chi must succumb to his late father’s wishes and inherit the deadly Ten Rings. But will he be able to wield its power, or will its temptations be too much? Find out when SHANG-CHI #12 arrives in May! 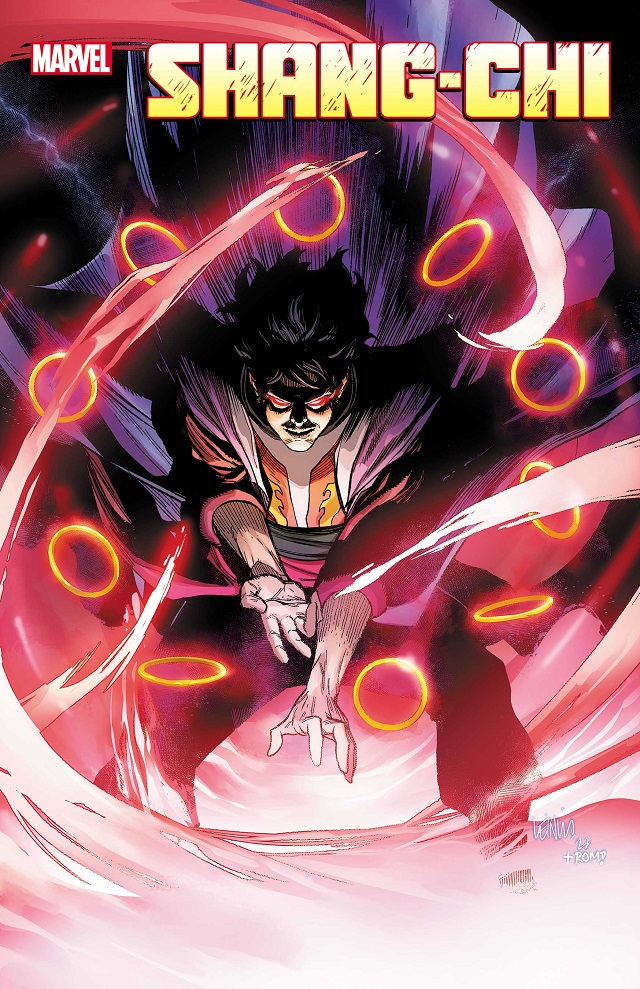