Eternals finishes its run with the lowest domestic box office for a movie set within the Marvel Cinematic Universe.

The $164.87 million for Eternals is even lower than that of the 2008’s The Incredible Hulk, which when inflation is factored in, made over $173 million.

The worldwide box office for Eternals isn’t much better as the $402 million gives it the second-lowest box office for an MCU movie, not counting The Incredible Hulk, as it barely does better than Black Widow‘s $379.6 million but at least Black Widow had another $60 million or so from its Disney Plus release.

The flick is also Marvel’s only “Rotten” movie at Rotten Tomatoes as it has a 48% Critics Score, and comes in near the bottom of the MCU pile in terms of the audience with a 78% Audience Score.

The “pandemic” also can’t be blamed for the failure of Eternals (and Black Widow and Shang-Chi), as Spider-Man: No Way Home is closing in on a whopping $2 billion, more than all of those three releases combined. 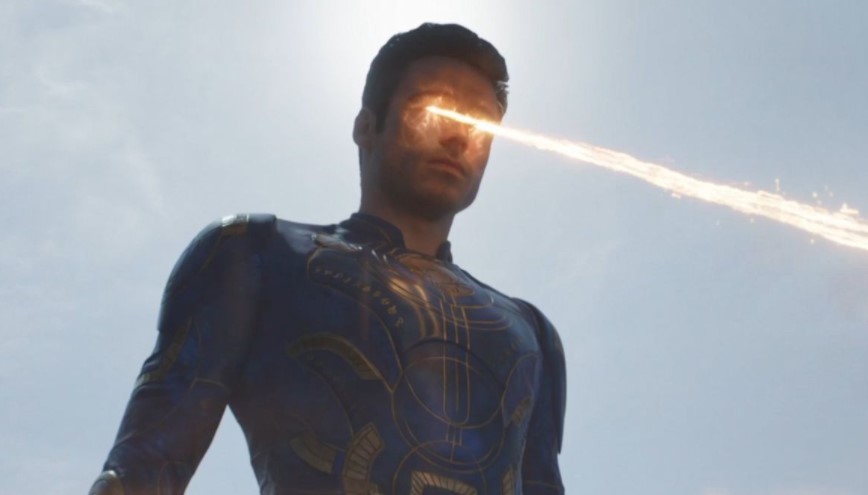 To be honest, I was actually expecting Eternals to be worse than what it was, but for me, it seemed to be a rip-off of Zack Snyder’ Justice League movie, and it should be said that Zack did it a lot better with the Snyder Cut (it’s known Feige only went with Civil War because Zack announced Batman v Superman, and it’s thought Feige went with the Multiverse thing in Spider-Man because of DC doing the Multiverse in The Flash, hence the “Flashpoint” book jab by Feige in No Way Home).

I also absolutely loathed what Kevin Feige did with the Deviants who looked like crappy CGI versions of Resident Evil dogs, and I didn’t like the story about making the Eternals basically goofy robots. In addition, the explanation why they weren’t around when Thanos threatened the entire universe made zero sense, as Thanos killing off half of everything would mean new Celestials would not get born (I think I have that right).

I think Eternals would have made a better Disney Plus series, that way the characters and story could have been better fleshed out as there was such a large cast, and trying to put everything in a 2-3 hour movie was too much for Feige’s zombie audience to comprehend who don’t follow the comics and aren’t familiar with the characters (not that the movie followed the comics, anyway).

Marvel Comics now seems to be using the movie to retcon the mutants and the X-Men, which will probably turn out just as awful.