Similar to how the first flick was sandwiched between Infinity War and Endgame in order to guarantee its success, now it is being rumored that Captain Marvel 2 will be its own event film, adapting “Secret Invasion,” and also featuring Spider-Man.

It’s claimed the May 5, 2023 release date listed for new untitled MCU films will be for Captain Marvel 2.

The rumor claims: “If Captain Marvel 2 is Secret Invasion which is very likely then it’ll be the next crossover Spidey will take part in.”

Previous rumors have also offered that Spider-Man and Tom Holland will be a part of Captain Marvel 2, as it has been rumored Disney is losing confidence in Brie Larson and Carol Danvers and that they want to use Spider-Man to add in much-needed humor to the character. At the same time, it is also being said the Tom Holland Peter Parker will have a crush on Carol Danvers, and that Danvers will belittle and make Spidey the butt of jokes. 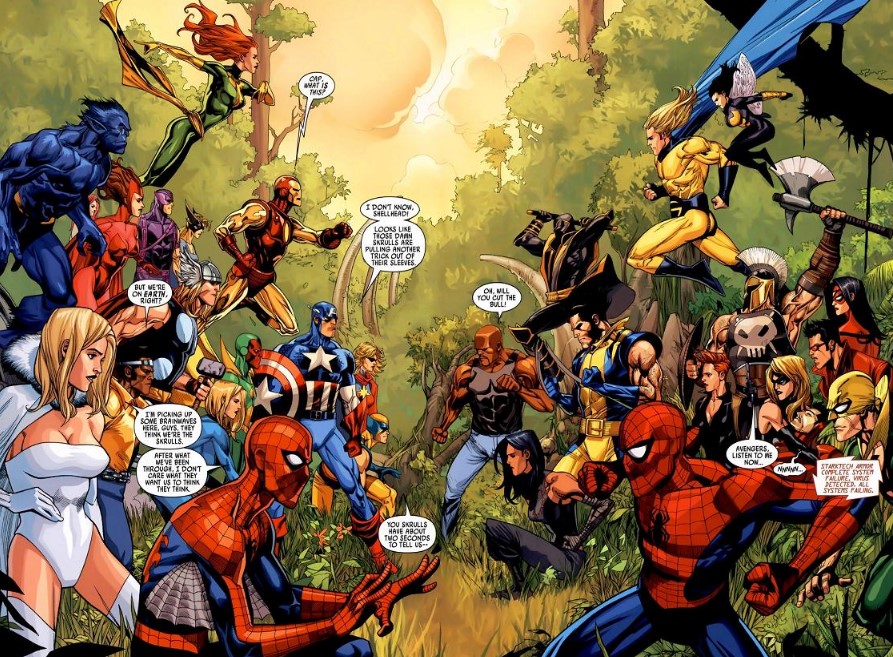 Regarding “Secret Invasion,” it’s a Marvel Comics storyline (that wasn’t all that good) which sees the Skrulls invade Earth that pretend to be Marvel superheroes, so we see Captain Marvel 2 could actually feature a lot of cameos by different MCU characters that are really Skrulls in disguise. Going this route makes sense because the Brie Larson Carol Danvers is rather of poor quality who can’t hold her own movie, so including all types of different heroes would be the only way to make this movie a success (again why Spider-Man will appear).

Now regarding the possibility of Disney losing confidence in Brie Larson, Carol Danvers and Captain Marvel, interestingly enough there are parallels with Disney Star Wars, as many fans are unhappy with Star Wars, particularly with The Last Jedi. Those same fans do not like Captain Marvel, so it could be possible that Disney doesn’t want another “Last Jedi” with Brie Larson and Captain Marvel in the MCU, which is entirely possible especially with Feige’s approach to Phase 4.