Thousands Of Fans Want To Get Rid Of Captain Marvel 2

Thousands of fans have decided to get rid of Captain Marvel 2 and Brie Larson, which shouldn't come as a surprise, as they respond to questioning on Twitter.

An image was posted on Twitter asking fans, "Which superhero film are you getting rid of?"

So fans chose Captain Marvel 2 starring Brie Larson to get rid of among the group if they had to pick one.

"Captain Marvel 2 cause I barely made it through the first film," responded Twitter user Rachel whose tweet is the top answer with over 2.3k likes and hundreds of retweets and comments. 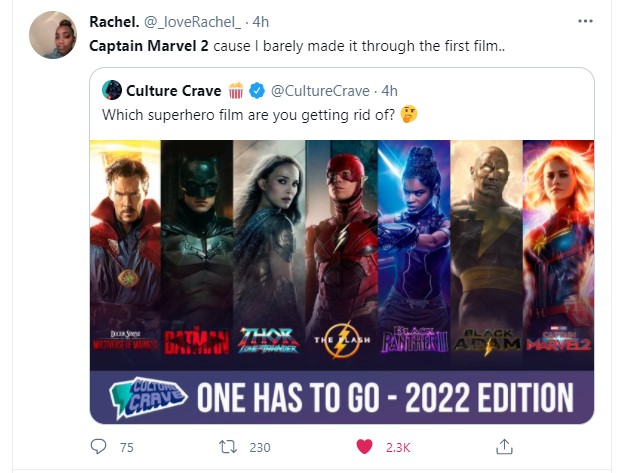 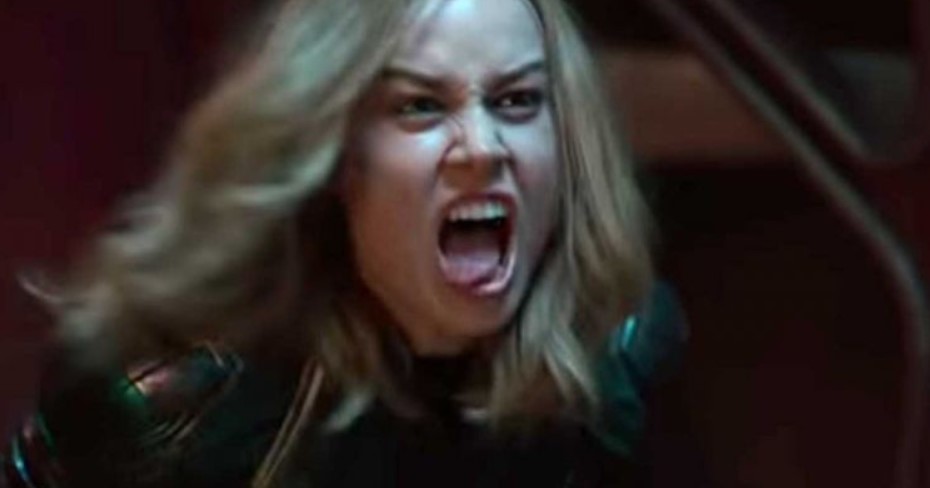 Not a surprise that fans don't like Captain Marvel

Why fans getting rid of Captain Marvel 2 doesn't come as a surprise is because the first movie was so bad (read my review here), as a lot of fans don't like star Brie Larson and the movie introduced the woke MCU with its anti-male agenda and replacement of male characters at the expense of quality storytelling, which is what the MCU is all about going forward.

It's been alleged that Brie Larson hates the cast of the Avengers and vice versa, with it even rumored Disney might replace and get rid of Larson in Captain Marvel 2.

It's also known that Rotten Tomatoes revamped its rating system following fans voicing their dissenting opinions about the first Captain Marvel movie, and it has been claimed Disney bought up tickets to falsely increase sales to get Captain Marvel to a billion dollars at the box office to artificially inflate the popularity of the character and movie.

When it comes down to it, Captain Marvel is just another character forced onto the fans that nobody wants to watch, listen to, or read about.