Just like a lot of fans as well as Mark Hamill, in an interview while promoting his new book, C-3PO actor Anthony Daniels expresses his disappointment with Disney Star Wars.

Daniels fills in the UK’s Express while promoting “I Am C-3PO” that he, too, hasn’t been happy.

“Well, yes. I do understand why the fans are unhappy… It speaks to a devotion that they care so much that they mind if someone messes with it. I understand people being critical of the films. I know it has been particularly difficult for him (Hamill) lately because the new movies haven’t given him much to do. I certainly recognise that and can relate to it. In these new movies, I have felt like a table decoration. And that is difficult because I recognise this character (C-3PO) is worth so much more. But I understand it is a whole film, not a feature about C-3PO. That is just my personal disappointment. I get paid whether or not he does anything but it would be nice for him to have a purpose.”

Mark Hamill actually revealed that while filming Star Wars: The Last Jedi that director Rian Johnson didn’t care much about Luke seeing C-3PO for the first time in years, which of course made little sense:

‘They had me walking by 3PO, not even acknowledging him. I said: “I can’t do that! He (The Last Jedi’s director, Rian Johnson) said, “Okay, go over and do whatever.” So I went over, and I did whatever. They say it in the script: “Forget the past, kill it if you have to”, and they’re doing a pretty good job!’ 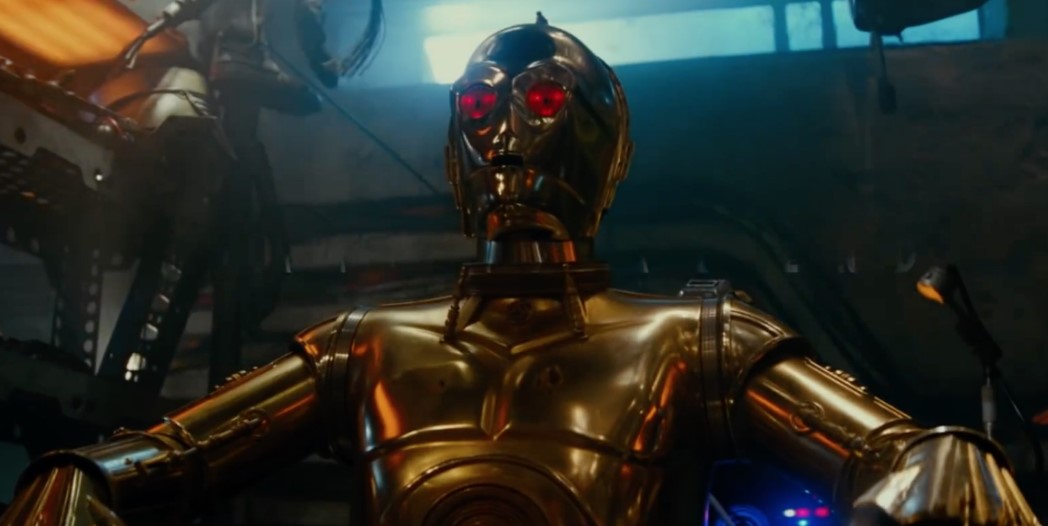 While many fans and the actors haven’t been happy with Disney Star Wars (merchandise sales continue to decline, no one is visiting the theme parks, tracking on Episode IX is at a Disney trilogy low, and no new movies are in development), Daniels at least offers that fans should still see the last film of the trilogy.

C-3PO has a major arc. I am very satisfied with what I had to do in this movie and I am very satisfied with everything I know about this movie… I get tweets from people saying they will never watch another Star Wars film again. Well, I bet they do. Everybody needs to see how it ends. And I hope they do because, from everything I have seen so far, it is really rather good.

You can read more about what Mark Hamill has to say here where he reveals he is outraged, shocked and even has been tricked by Disney Star Wars and that it was a big mistake.

Star Wars: The Rise of  Skywalker opens in theaters De. 20.