Check out the first look at Laurie Holden as the Crimson Countess all suited up for The Boys Season 3 coming to Amazon Prime.

Laurie Holden, who is also known for playing Andrea in The Walking Dead, joined the series in June and will have a recurring role.

"Time for some Payback! I can’t wait for the world to see Crimson Countess in action. Tune in to VNN on Sunday for a preview. #TheBoysTV #PrimeVideo ⁦@TheBoysTV @FANologyPV," she tweeted on Friday.

In the comics, the Crimson Countess is a parody of the Scarlet Witch. Reportedly for the TV show, Crimson Countess is a Vought Superheroine who was mentioned as having also been in the running to join The Seven just as Starlight was, and that she also appears on a poster for a movie made about her, but little else is known. Her powers are said to include heat vision, heat and fire manipulation, and flight.

Laurie Holden As Crimson Countess in The Boys Season 3: 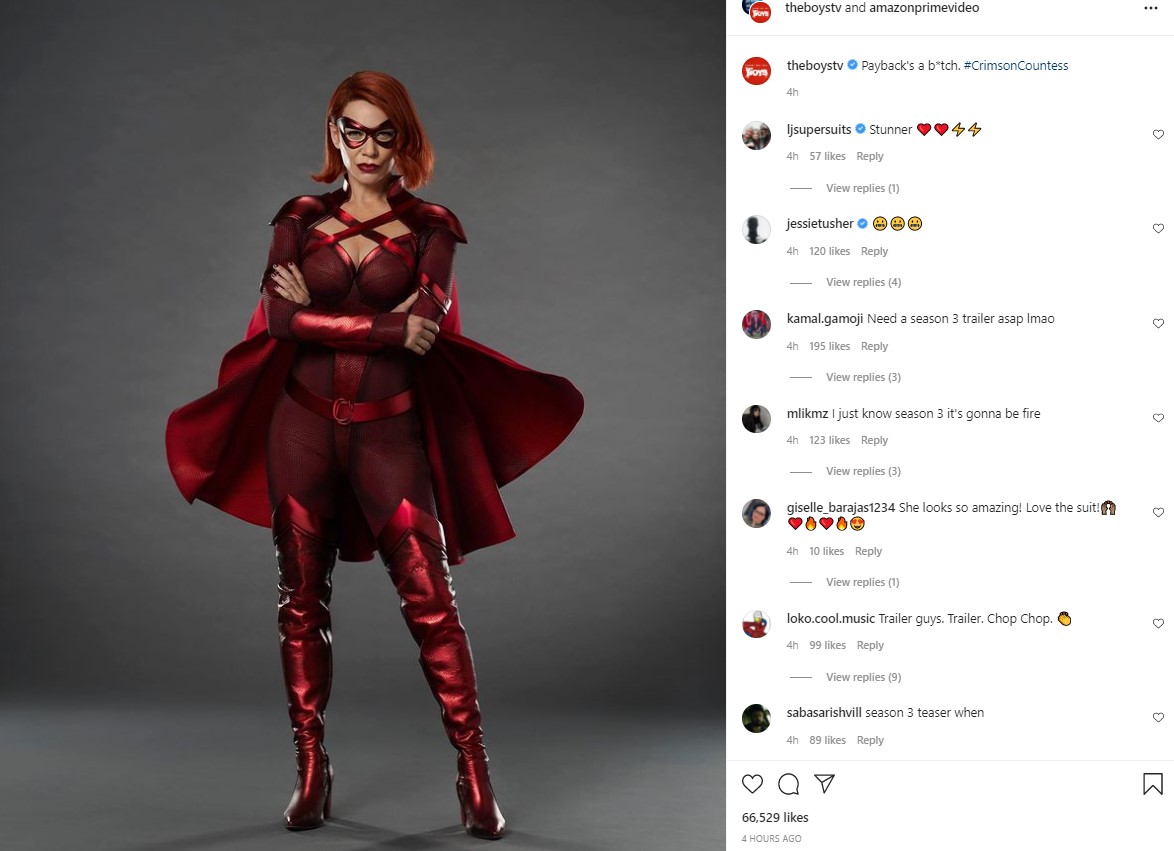 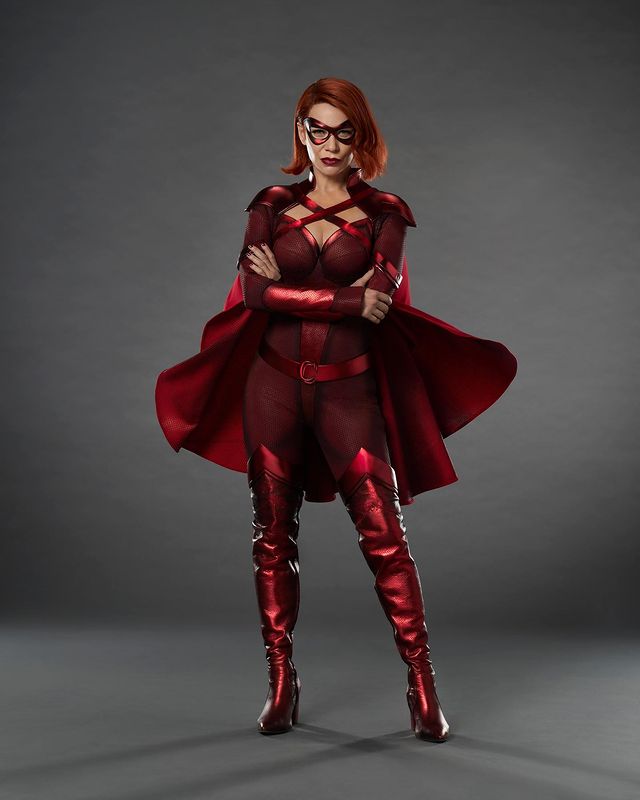 The Boys: Jensen Ackles Revealed As Soldier Boy
Predator 5 In The Works At Disney
'The Boys' Releases Butcher Short Film