Amazon reveals a first look at Jensen Ackles as Soldier Boy in The Boys Season 3, which is a take on Marvel's Captain America.

"My idea of a camouflage banana hammock got overruled. And I’m glad it did. I love this suit," the actor posted on Instagram adding in a previous post, "Every dent, every scratch, every mark tells a story. A story that ends with me, winning."

Soldier Boy happens to be the leader of the team Payback which was a superhero group prior to the Seven.

"Soldier Boy is the original badass," costume designer Laura Jean Shannon, who created Ackles' suit with concept artist Greg Hopwood, said in a statement, via EW. "Our goal was to highlight a bygone era of overt masculinity and grit. With that pedigree we dove headfirst into baking in an all-American quality grounded in a military soldier's practicality with a heavy dose of old school cowboy swagger. We knew that the actor had to have Steve McQueen looks and chops with a John Wayne attitude, luckily Jensen Ackles embodies all of that."

Giancarlo Esposito's Mr. Edgar mentioned Soldier Boy in The Boys Season 2 as the character fought against the Nazis in WWII at a time when Vought founder Frederik Vought had "practical applications of Compound V tested in the field" with Solduer Boy one of those applications.

Knowing that Soldier Boy is a fan-favorite character from the original graphic novels, Showrunner Eric Kripke knew the importance of the Super Suit, saying, "When I cast Jensen as Soldier Boy, the first thing I said was, 'I'm most excited for you, because of the amazing process you'll go through with LJ, our Super Suit designer.' It took six months but the experience surpassed Jensen's expectations. LJ has made a work of art that tips its hat to the WWII Soldier Boy from the comics, while taking it in a sleek new direction. And if you think the photos are cool, just wait till you see Jensen in action. It's one of my very favorite suits. Also, now you can quit clogging my Twitter notifications with demands to see it."

The Boys Season 3 is currently filming; the first two seasons are available on Amazon Prime. 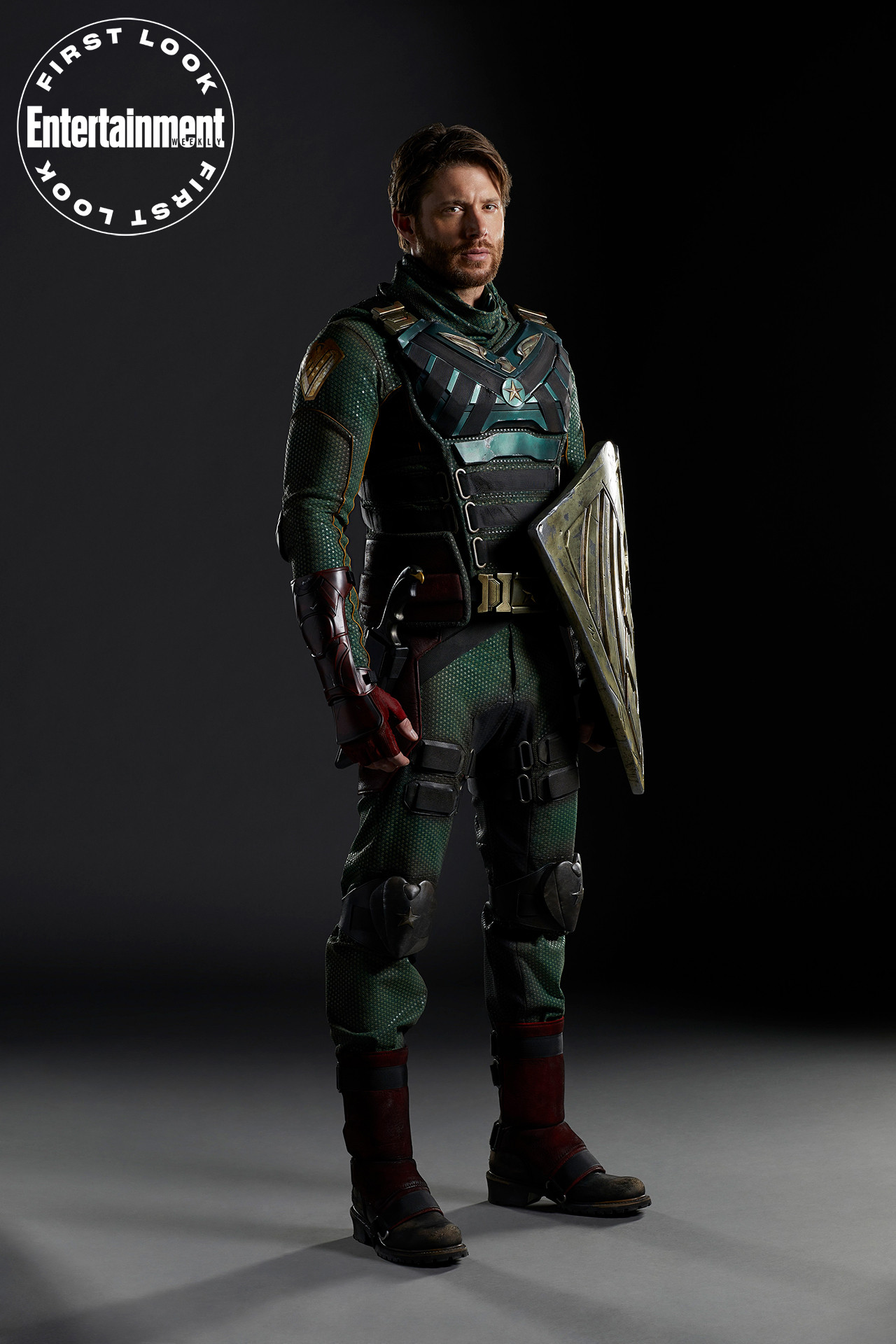