We get our first look at the Black Adam costume, well sorta, as Dwayne Johnson posts a peek of the suit on social media.

In a post about his weekly board meetings, an image shows Dwayne Johnson wearing the Black Adam costume, though it’s mostly covered by a black sheet.

“…and if you swipe left and ZOOM IN, you’ll see a small piece of my GOLD BLACK ADAM peeking out from under my black cloak of secrecy (my weekly board meetings all take place during my 30min breaks from shooting #BlackAdam),” said Johnson on Instagram.

Dwayne Johnson also previously let it be known that he won’t be wearing a padded muscle suit for the costume, possibly taking a jab at other actors in superhero roles including Zachary Levi as Shazam.

“And YES, our goal for BLACK ADAM was to create a real life superhero/villain physique and become the first actor who did NOT require padded muscle in their superhero costume,” said Johnson last month.

If we do swipe left and zoom in, here is what can be seen of the Black Adam suit, where a bit of yellow is shown on the chest which is probably from the lightning symbol that is prevalent in the official poster (see below). 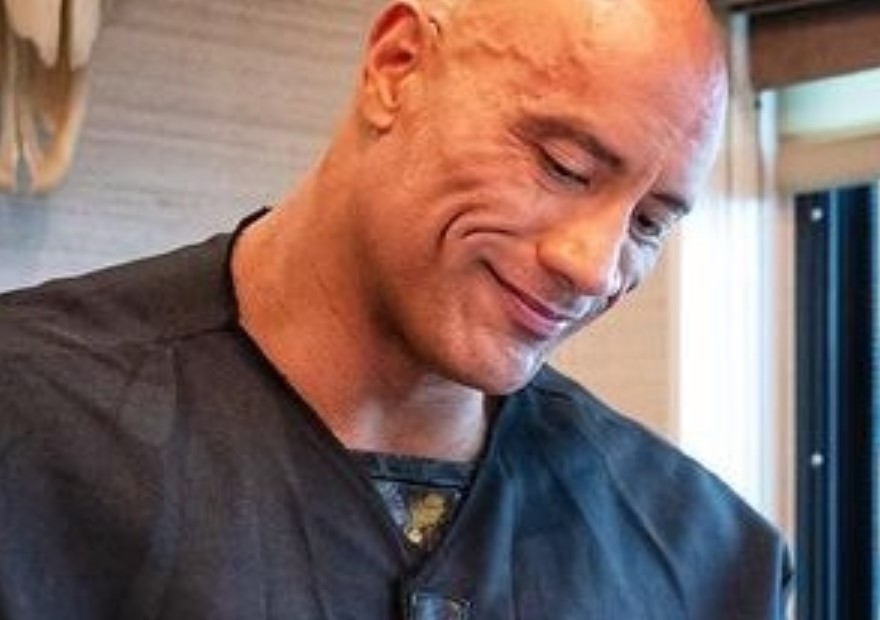 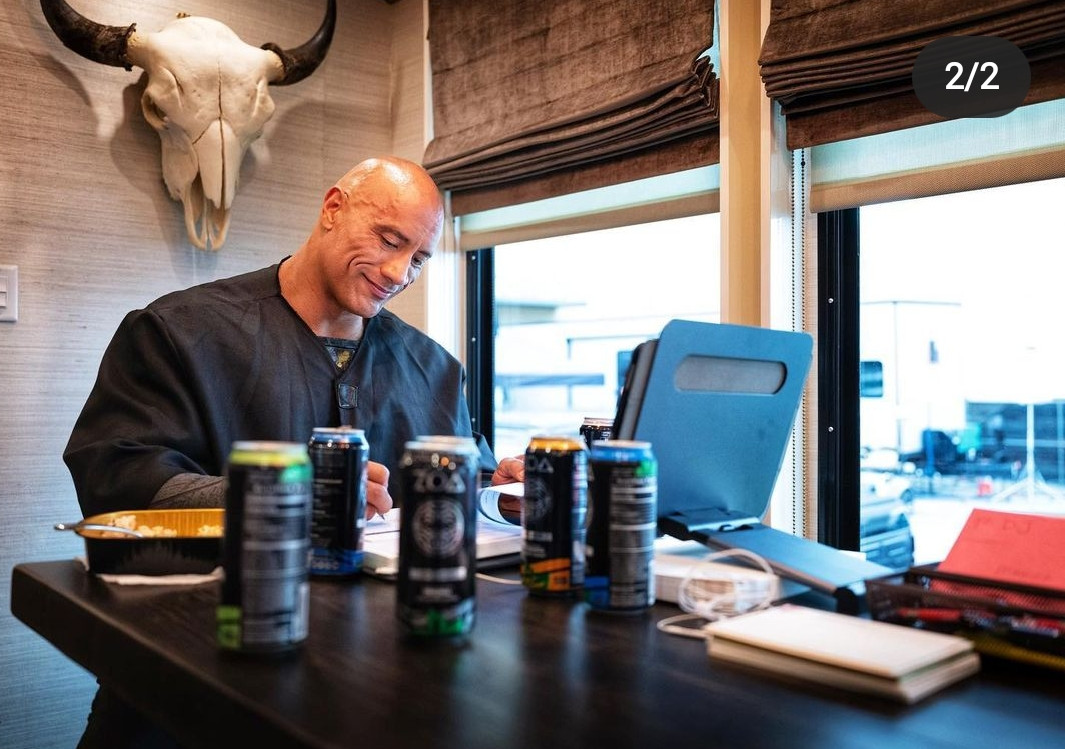 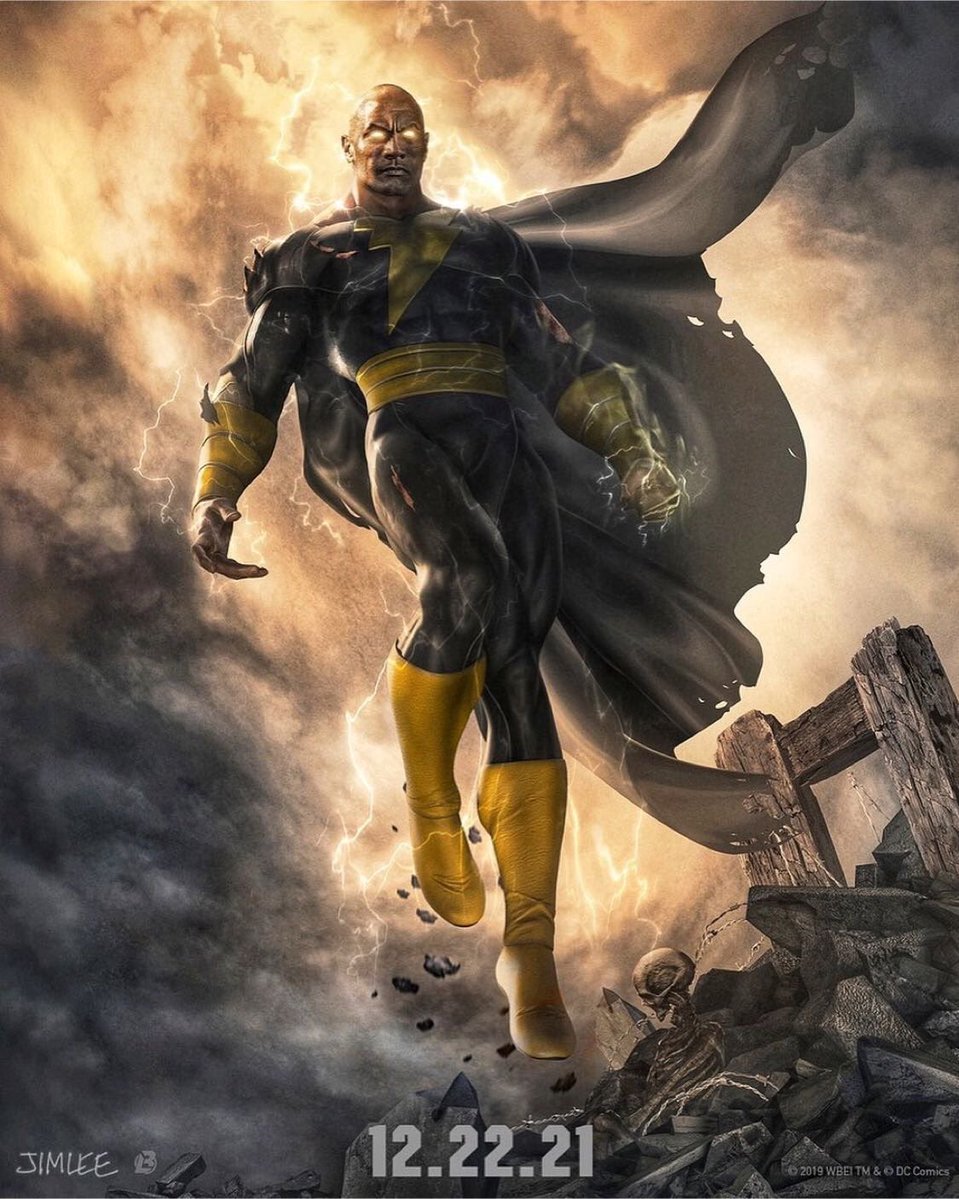