Director Matt Reeves may be featuring Robin in The Batman, possibly played by 24-year-old Timothée Chalamet.

Rumor and speculation come about from a casting call for The Batman that is requesting the need for "circus skills."

Of course, fans of the comics known that Robin is Dick Grayson from the family of acrobats known as the "Flying Graysons."

Rumors offer that Dick Grayson was in a draft of The Batman and that Matt Reeves wants to use Robin who is "definitely being set up," though it is unknown if Dick Grayson is in the current draft of the script.

Dick was in a draft, and while he may or may not be in it, he's definitely being set up. Reeves wants to use Robin. https://t.co/KIG5kmNiUg

Timothée Chalamet could be Robin in The Batman

Regarding Timothée Chalamet playing Robin in The Batman, the Geekritique YouTube channel offers potential insights from a source they claim gets a lot of Doctor Who insider information correct, and worth a mention is that Matt Reeves is filming The Batman in the UK.

The YouTuber goes over how Timothée Chalamet talked about Robin with Variety and, interestingly enough, how Catwoman Zoe Kravitz and the cinematographer on The Batman joked on Chalamet's Instagram how they wouldn't be able to watch the Oscars because of filming on The Batman. The cinematographer also happened to work on other films with Chalamet.

#TheKing's Timothee Chalamet on Robert Pattinson's #Batman ("it's going to be fresh"), his future in superhero universes, and how he used to go by Robin as a child pic.twitter.com/MU8w1AuDka 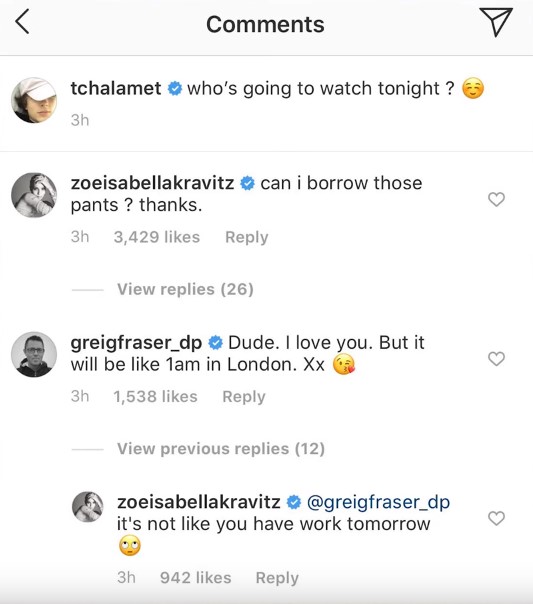 Recently also saw footage hit the net from a Bruce Wayne mugging scene and details about Halloween and funeral scenes.