I admit that I had doubts that an Annihilation event would be any good without Giffen or DnA at the helm. Giffen took the time to get to know and understand Rich Rider and the Nova mythos and so did DnA.  They produced the best iteration of Nova ever – a bad-ass gritty war hero and leader of men taking the lead in the best military science-fantasy story Marvel has ever produced, the original Annihilation event. Annihilation: Conquest, DnA’s Guardians of the Galaxy series, DnA’s Nova series, and The Thanos Imperative were all worthy successors to the original Annihilation event, but after those events and series’ concluded, we were afflicted with Bendis and Loeb’s cynical attempt to cash in by mimicking Gunn’s Guardians of the Galaxy movie, and Marvel Cosmic descended into mediocrity at best and scraped bottom at worst with the likes of Loeb’s truly awful teen antics and angst Sam Alexander bastardization of the Nova mythos and Bendis’ terrible beyond words bastardization of the GotG mythos. I am happy to say that Rosenberg has crafted a tale that is worthy to bear the name, Annihilation.

While not my favorite portrayal of Rich Rider by a long-shot, writers do have to have a starting point for the hero’s journey, and Rosenberg chose to portray Rich as cynical and deadening his emotional pain over the latest total destruction of the Nova Corps by drinking – shades of Rich’s history of struggling with PTSD. Even Annihilus comments on Rich’s downfall from being “fearless and terrifying” in one of the many funny exchanges between them. Rosenberg is a talented writer and is able to weave humor into the story organically without descending into the self-parodying goofiness that has plagued Marvel Cosmic until recently. He seems to understand that Cosmic – especially gritty military-SF-oriented Cosmic – is best played straight with the characters respected as powerful, effective beings deliberately choosing to use their powers in pursuit of their goals – whatever those goals might be. This makes for the best Cosmic and therefore worthiness as an entry in the Annihilation mythos. It also contrasts sharply with the Gunn, Loeb, Bendis, et al low-quality Cosmic which plays primarily for cheap laughs.

Thankfully, Rosenberg quickly pulls Rich out of his funk and we begin to see the powerful, effective, ruthless, “fearless and terrifying” Rich Rider that Giffen gifted us with many years ago – the true leader of men who deserves and effectively uses the powers he possesses. It was great to see Rich in deadly, high-consequences action again, single-handedly taking on legions of Cancerverse villains and killing them. I’d like to see him kill every one of The Revengers. Of course, The Sentry shows up and does what that character always does – sucks all of the air out of the room. Marvel was right to gulag that character years ago, and I hope at the very least he gets marooned in the Cancerverse again at the end of this story. How do you defeat such a character except by using his insanity to trick him into defeating himself or convincing him to have a change of heart? Who or what can realistically overcome him otherwise? The character backs writers into a corner every time he’s used. The Sentry just needs to go back into the dustbin of comics to keep company with all the other bad concepts residing there. I’d also settle for him sacrificing himself to kill Shuma-Gorath and all the other “Many Angled Ones” so we can be done with two bad concepts at once. All editorializing aside, Rosenberg is using the character as deftly as possible and The Sentry doesn’t bog down the story any more than he does any other story where he is used.

I enjoyed Casanovas’ cover art and Petrovich’s variant – both featuring Rich Rider in bad-ass action, coursing with power. Roberson proves himself a respectable Cosmic artist. He treats us to several very well rendered action sequences and seems to have a natural feel for the Cosmic characters and concepts. Lopez’s colors are vibrant and refreshing, perfectly complementing Roberson’s photo-realistically oriented artistic style.

I’m hoping that Rosenberg uses this story to re-vitalize Marvel Cosmic, a process Cates has started with his most recent stellar Guardians of the Galaxy series. I especially hope we see this story begin the process of rehabilitating the Rich Rider character and the Nova mythos from all the damage done to the characters and concepts by Bendis, Loeb, et al since DnA’s departure from writing cosmic. After this Annihilation story, Rich needs to travel back to Tranta, find the lost Orienta shard, re-boot the Worldmind, resurrect the Xandarians via the cloning facilities there, and re-build a true Nova Corps. We already know those backup systems are in place and part of continuity. We just need a writer to use them and restore Xandar and the Corps to their former glory. So, buy this book.  It is a very satisfying Cosmic story and a great start in what appears to be an effort on Marvel’s part to rehabilitate Cosmic. Show Marvel with your dollars that this is the type of Cosmic storytelling we want.

P.S.  In case you missed it, the Cosmicbooknews forums have re-opened!  Drop by and visit.  Let us know what you think about the current state of Marvel Cosmic or the many others topics under discussion.  Industry insiders read these posts to gauge fan reaction to their work, so it’s your chance to make your opinion known to the people who shape the future of the genre you love. 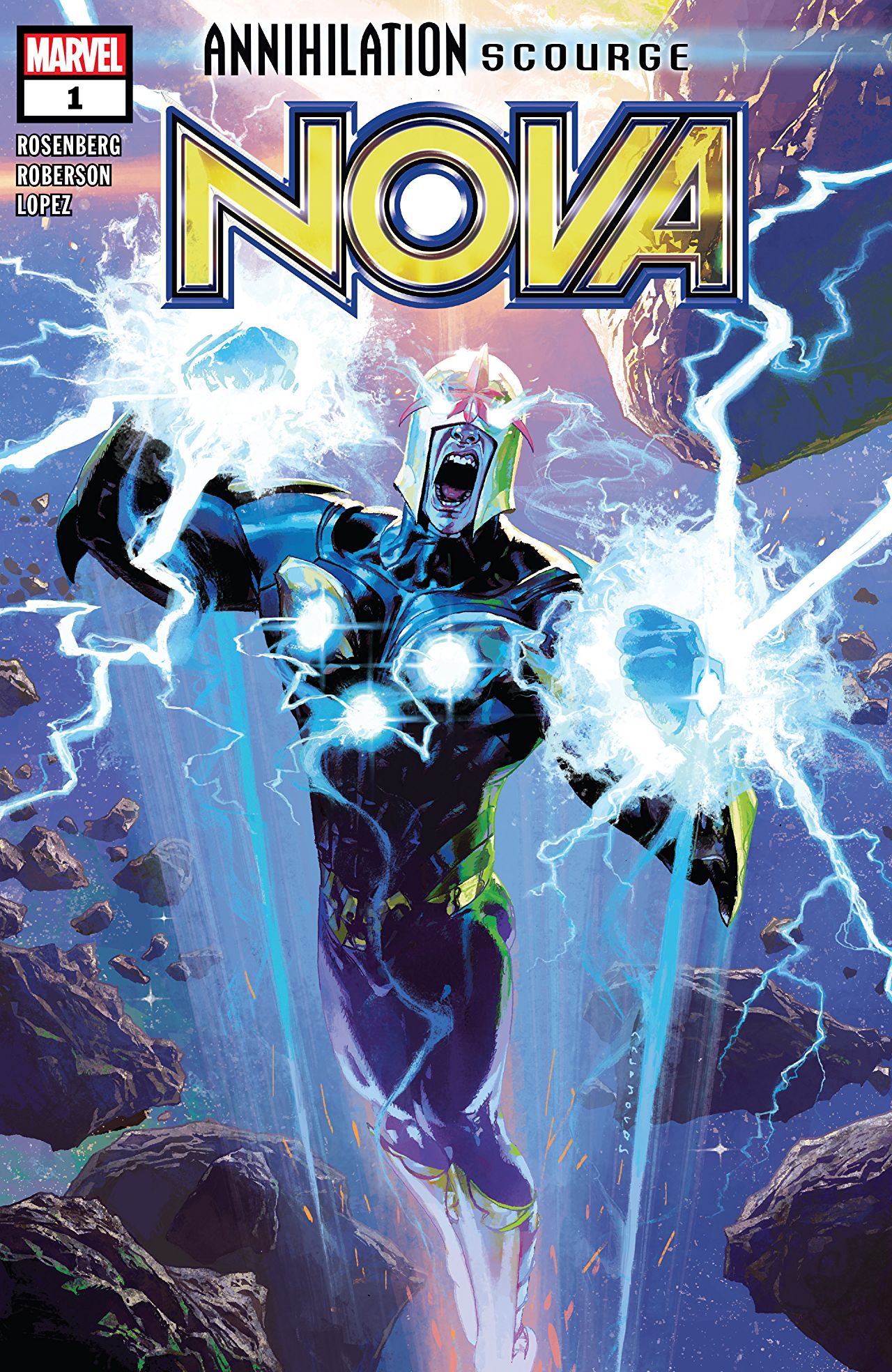 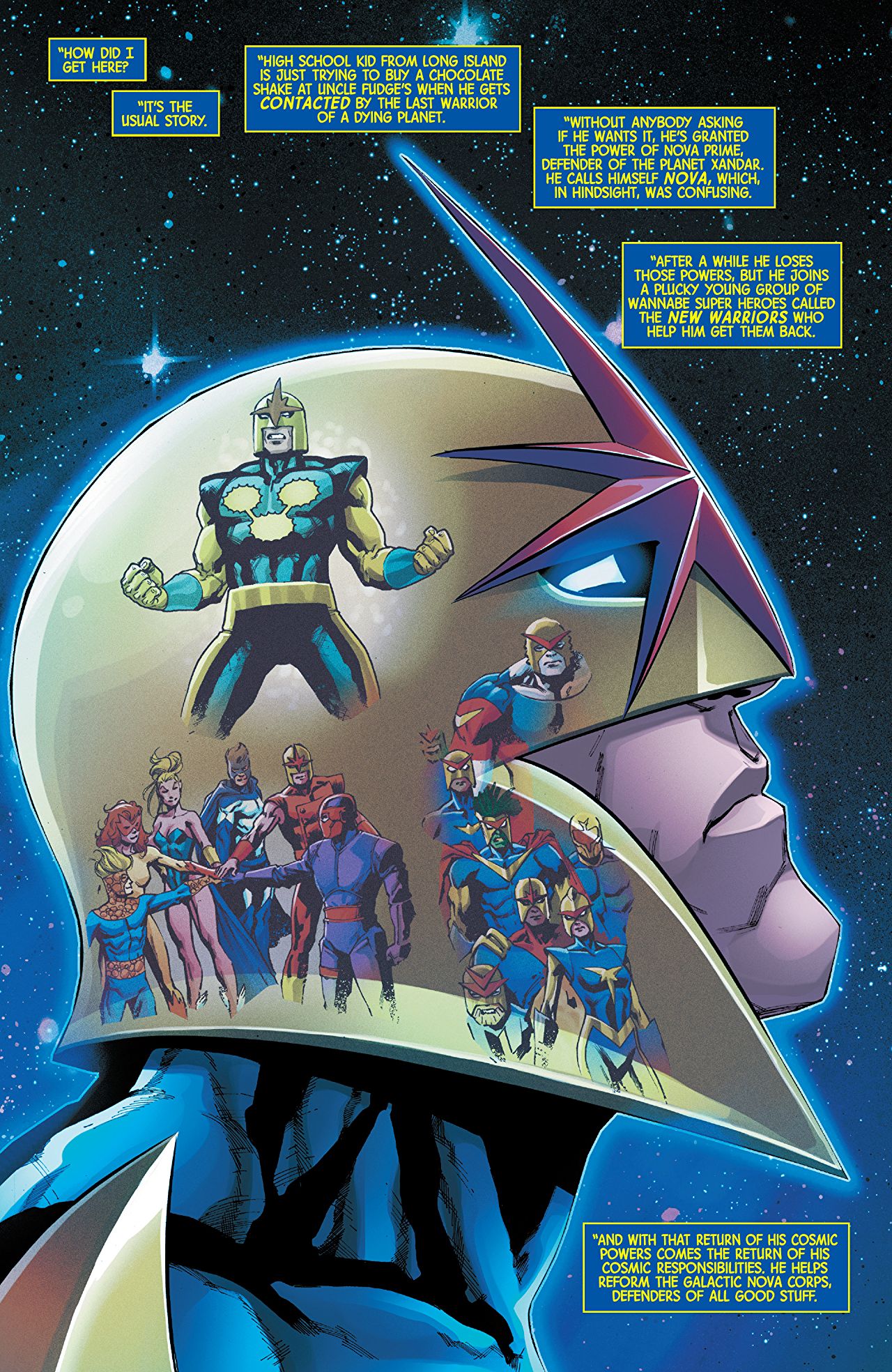 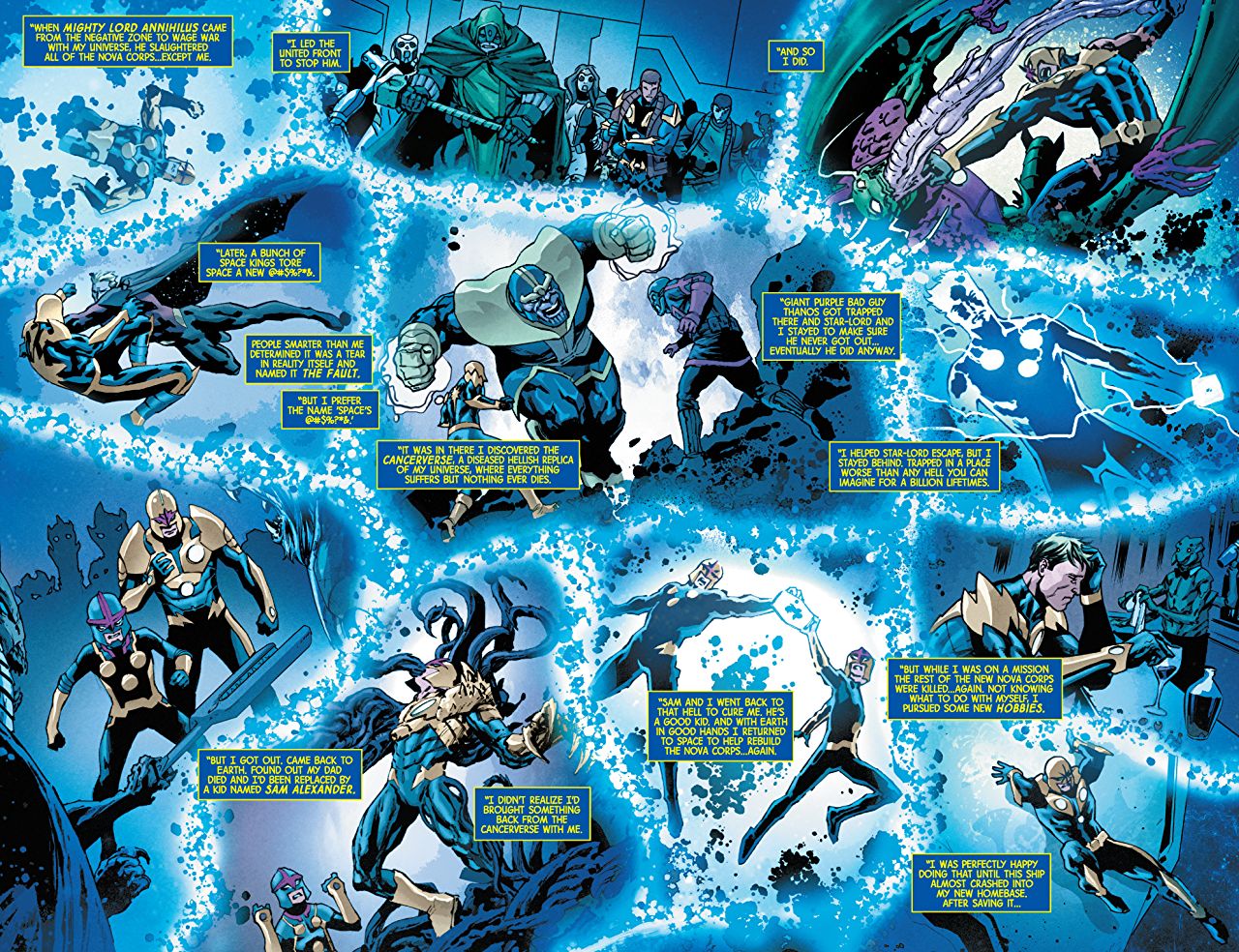 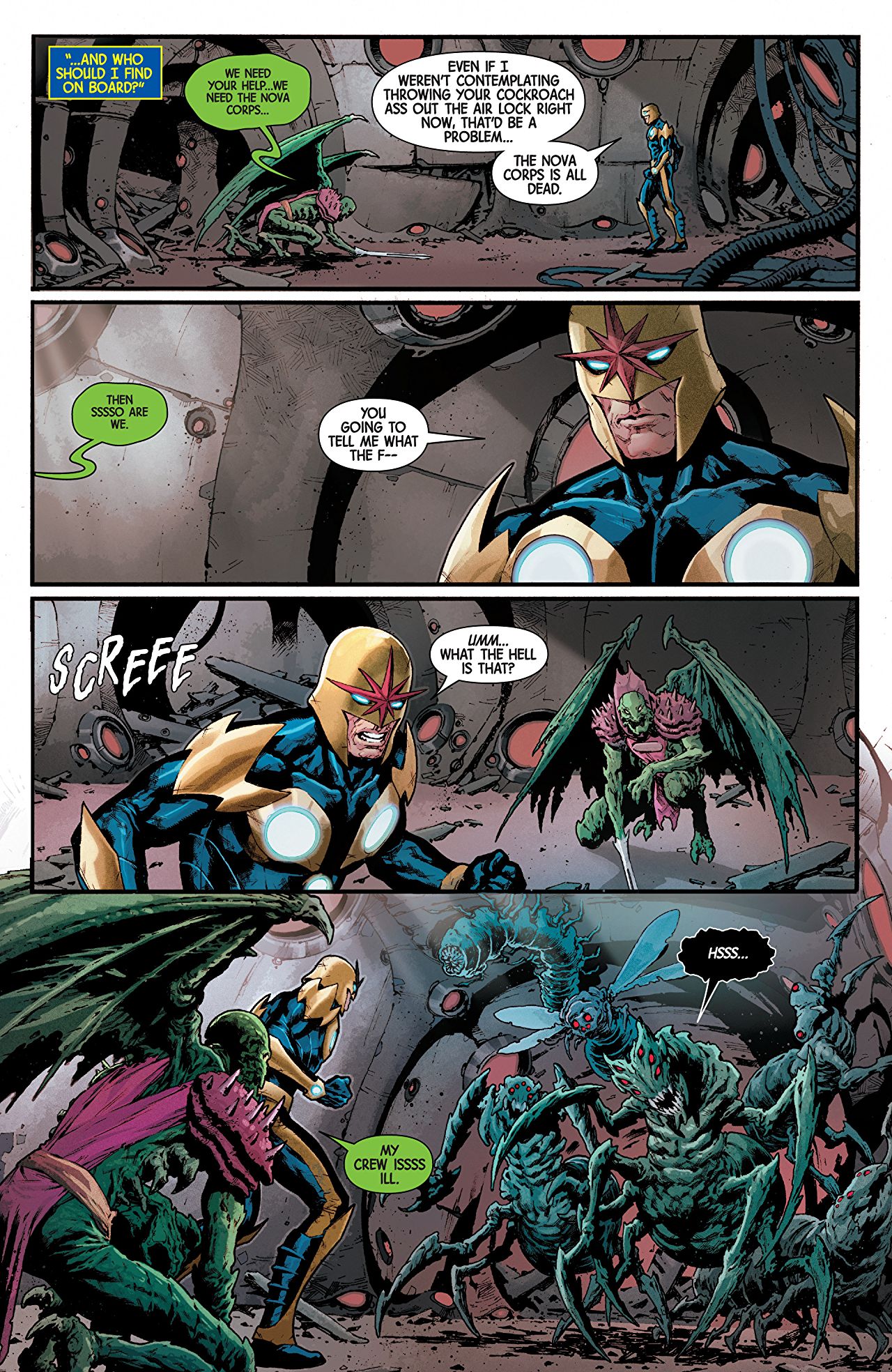