Saturday at IGN Fan Fest, a new clip for Zack Snyder's Justice League debuted with "The Mother Box Origins" and Zack participated in an interview.

Zack said that the movie ends on a big cliffhanger and that Justice League 2 would be set primarily in the Knightmare future.

The description for the clip offers:

Zack Snyder debuted a new look at the Justice League Snyder Cut during IGN Fan Fest. Called "The Mother Box Origins" and set to the Tom Waits song "Time," the CG sequence shows the heroes that make up the titular Justice League -- Superman (Henry Cavill), Wonder Woman (Gal Gadot), Batman (Ben Affleck), Cyborg (Ray Fisher) and The Flash (Ezra Miller) -- depicted on the sides of the Mother Boxes in the style of classical reliefs and sculptures. And, as Snyder teased during his IGN Fan Fest panel, the video is loaded with DC Easter eggs.

"I doodled all those. There's a million Easter eggs in it, and if you go look there's storylines that I had been working on that if the film had been continued or if you look at the past histories, there's a bunch of little details in there for everybody," he teased. "It's really worth taking a long slow look at because it's really fun, and I think for fans it's really a treat."

So be sure to put up your Snyder Cut reaction to the clip, because Zack will be looking! The Snyder Cut of Zack Snyder's Justice League is coming to HBO Max internationally on March 18, 2021. 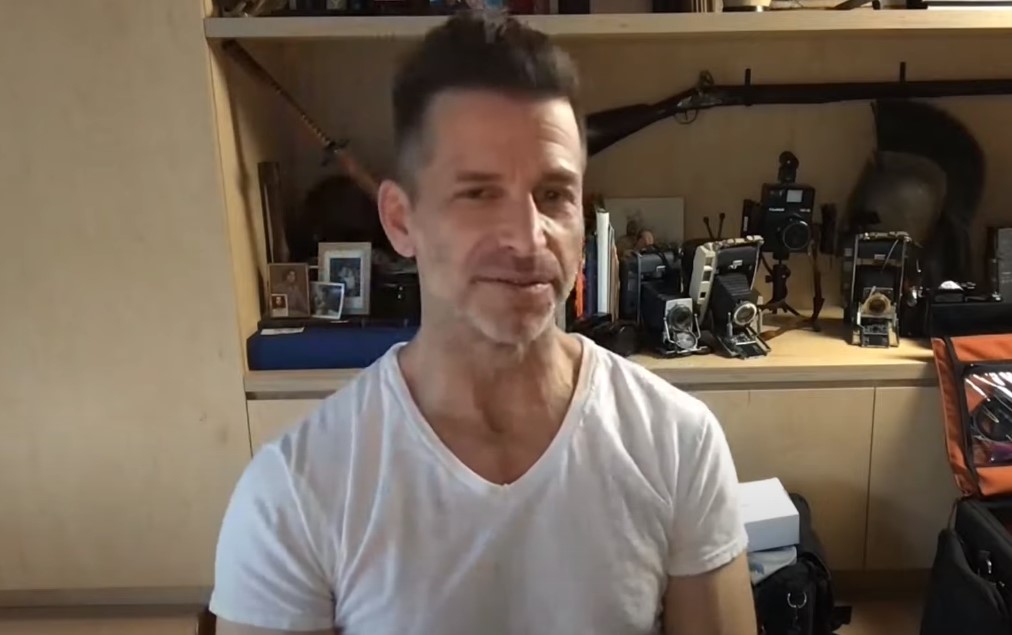 The description for the interview:

Zack Snyder's Justice League is finally coming to HBO Max, complete with new look at Jared Leto's Joker, the inclusion of the villainous Darkseid and even the Snyder Cut Martian Manhunter. IGN sat down with Zack Snyder himself to go deep on the Justice League Snyder Cut, with new details on what the four-hour long DC movie means for Superman (Henry Cavill), Wonder Woman (Gal Gadot), The Flash (Ezra Miller), Cyborg (Ray Fisher) and of course the Batman played by Ben Affleck.

In addition to discussing the Zack Snyder's Justice League Snyder Cut trailer reaction, Snyder also debuts an exclusive tease from the movie -- and we get a cameo appearance by Harry Lennick (Martian Manhunter). Plus, he answers all your questions about the near-mythical film.

Zack Snyder's Justice League: In Zack Snyder's Justice League, determined to ensure Superman's (Henry Cavill) ultimate sacrifice was not in vain, Bruce Wayne (Ben Affleck) aligns forces with Diana Prince (Gal Gadot) with plans to recruit a team of metahumans to protect the world from an approaching threat of catastrophic proportions. The task proves more difficult than Bruce imagined, as each of the recruits must face the demons of their own pasts to transcend that which has held them back, allowing them to come together, finally forming an unprecedented league of heroes. Now united, Batman (Affleck), Wonder Woman (Gadot), Aquaman (Jason Momoa), Cyborg (Ray Fisher) and The Flash (Ezra Miller) may be too late to save the planet from Steppenwolf, DeSaad and Darkseid and their dreadful intentions.