Happy birthday to Zack Snyder who turns 53 years young today, but instead of receiving, the director is giving as he announces a director’s cut event of his movies including Dawn of the Dead, Watchmen and Batman vs. Superman.

Snyder revealed the following promotional art on social media of a character made up of all three movies, a zombie Batman Superman Doctor Manhattan.

“It’s my birthday, but I got you all something… hope to see you there,” Snyder tweeted. You can get tickets here, which also includes movie snacks, casual dinner and beverages. More than likely Snyder may also talk about his newest zombie flick, Army of the Dead, that he wrote the story for and is directing for Netflix. Maybe he will also field answers about his Justice League Director’s Cut. Sounds like a cool event. Check out the art: 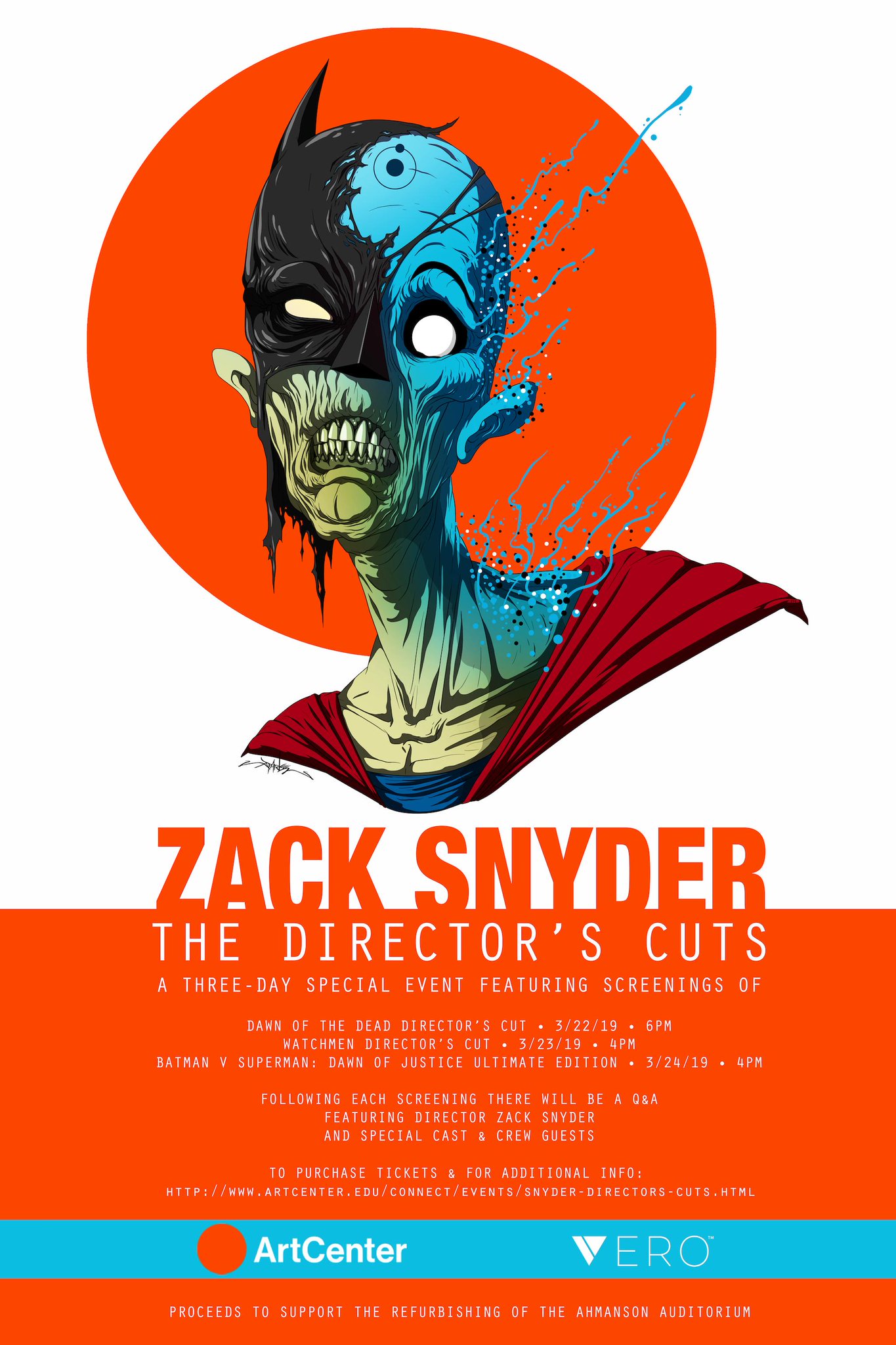