Sony has released a new poster for the Venom movie, which teases a monster-sized symbiote!

The poster features Venom in the background with Tom Hardy’s Eddie Brock, Riz Ahmed’s Dr. Carltron Drake and Michelle Williams’s Anne Weying at the foreground along with a spaceship to the left and additional footage from the movie. 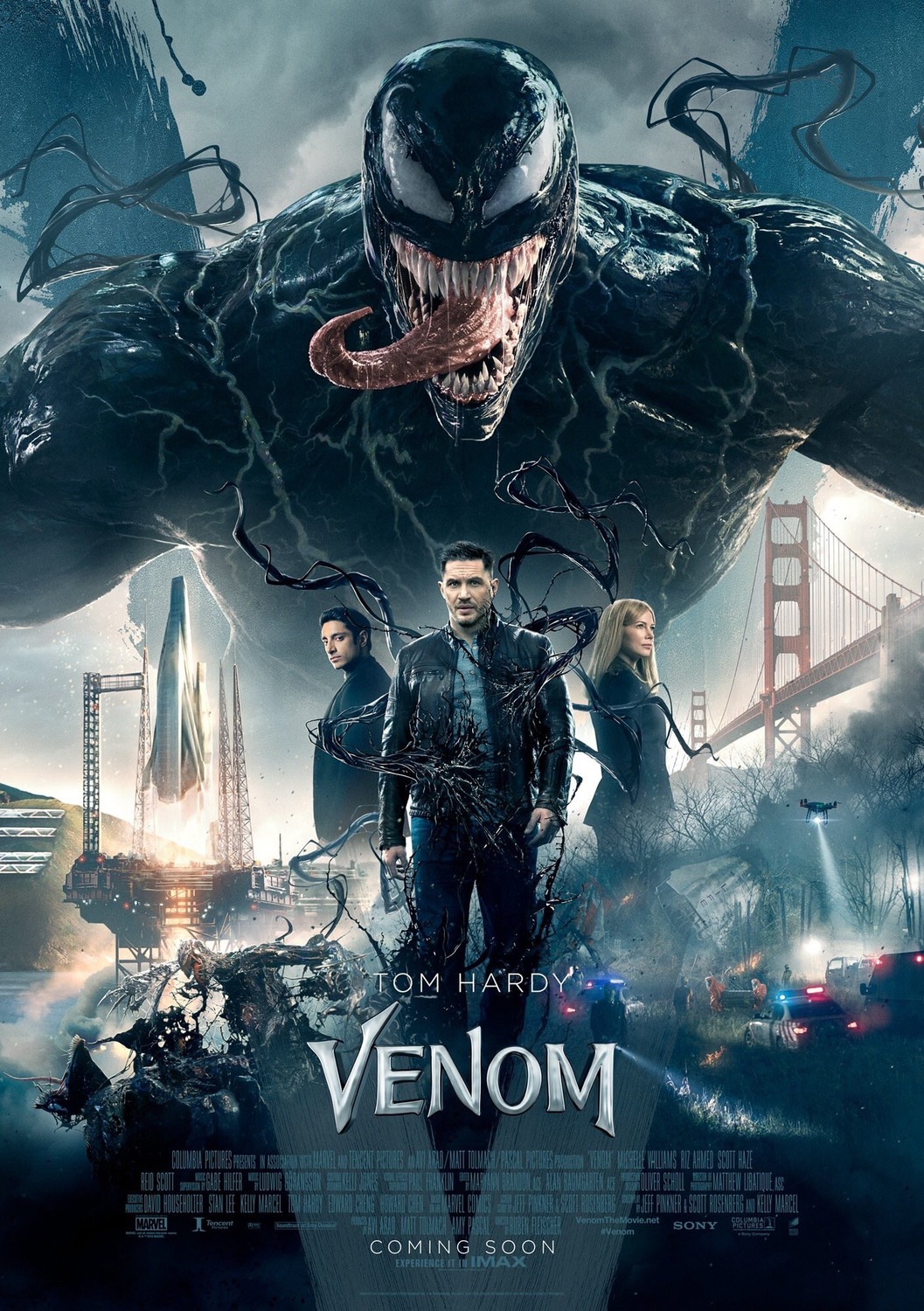 Recent news for the movie includes that tickets are now on sale and also that Sony has released a free tie-in digital comic book.