The French Disney fan site DisneyPhile.fr posted the art that gives us a look at the costumes in high-quality images.

Chris Hemsworth’s Thor will once again use Stormbreaker, the ax he forged during The Avengers: Infinity War, and Natalie Portman’s Jane Foster will become The Mighty Thor where she uses a somehow-reformed Mjolnir, as the hammer was destroyed by Hela in Thor: Ragnarok. See below.

The press tour also recently kicked off as Chris Hemsworth posted the news with an image of himself along with director Taika Waititi and Tessa Thompson who returns as Valkyrie.

Fans are also hoping for the release of the first Thor: Love and Thunder trailer, which might be in about a month with the release of Doctor Strange in the Multiverse of Madness, the week of May 6.

Marvel Studios Director of Visual Development Andy Park also said the movie will be pushing boundaries and is crazy fun.

“There’s a reason why there’s been over a decade of successful movies and just why this franchise is growing,” said Park. “So Thor: Love and Thunder falls right into that where it’s just pushing the boundaries of what’s comfortable and what should be expected. You’ll be surprised and push these characters and the visuals go along with that. I think [Waititi] said it in some interview where he’s just like, he’s surprised that he’s even, he shouldn’t be allowed to make a movie like this. And I get it. This movie is crazy wild. It’s so much fun.”

The film has a July 8, 2022 release and also stars Christian Bale as the villain, Gorr the God Butcher, and members of the Guardians of the Galaxy will appear, which follows the events from The Avengers: Endgame, with Chris Pratt, Karen Gillan, and Sean Gunn, and guest stars include Matt Damon, Melissa McCarthy, Sam Neill, and Luke Hemsworth, with Jaimie Alexander said to return as Sif, and Russell Crowe is said to be playing Zeus. 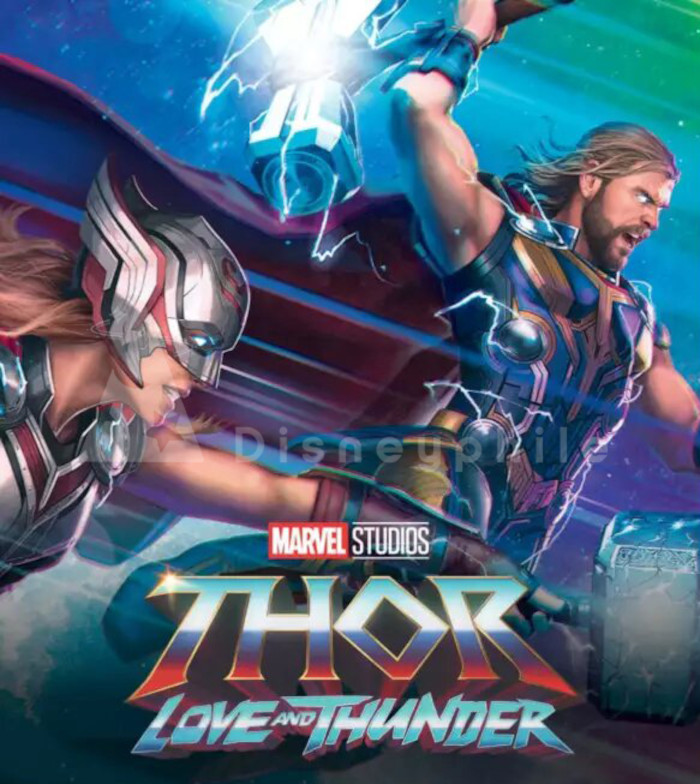