A new original Star Wars series is coming to Disney Plus following a group of kids but said to be not a kids show.

During Star War Celebration, a new original series has been announced with Star Wars: Skeleton Crew which will star Jude Law and is confirmed to be the series by Marvel Spider-Man director Jon Watts.

It's been rumored that Jude Law was going to star in a new Star Wars series for the past week.

Details for Skeleton Crew include that the series takes within the same timeline as The Mandalorian, and The Book Of Boba Fett,  following "a group of kids who are about ten years old who gets lost in the Star Wars universe,” said Watts at the event on Thursday. “It stars four kids but it’s not a kids show,” he added.

Christopher Ford who wrote Spider-Man: Homecoming is the writer on the series, with Watts, Jon Favreau and Dave Filoni executive producing.

Jude Law, an English actor, is known for starring recently in Fantastic Beasts: The Secrets of Dumbledore and is known for a plethora of other work including Sherlock Holmes with Robert Downey Jr., Captain Marvel, The Talented Mr. Ripley, and more. 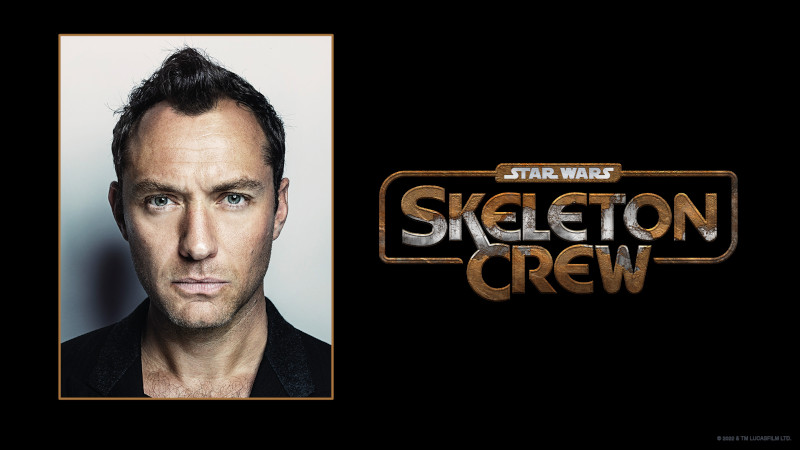