In addition to the first look at the footage, Disney is also giving the crew merchandise which hints at Elite Red Stormtroopers in Star Wars Episode 9 as logo designs are on t-shirts and hats.

The hat and t-shirt seems to reveal a new First Order Stormtrooper with the outline of the mask. Another possibility could be a cockpit, but a Redditor went out and made a mock-up of what the Elite Red Stormtroopers in Star Wars Episode 9 could look like. Maybe we'll get a look at them soon, as the trailer looks to be dropping around Star Wars Celebration that takes place April 11-15. During the recent investor meeting, Disney CEO Bob Iger did state they didn't have a teaser ready just yet, but J.J. Abrams did reveal a bit of footage.

See this is the crew Star Wars: Episode IX crew hat. Just to be clear about the design. pic.twitter.com/sk0o5grjuh 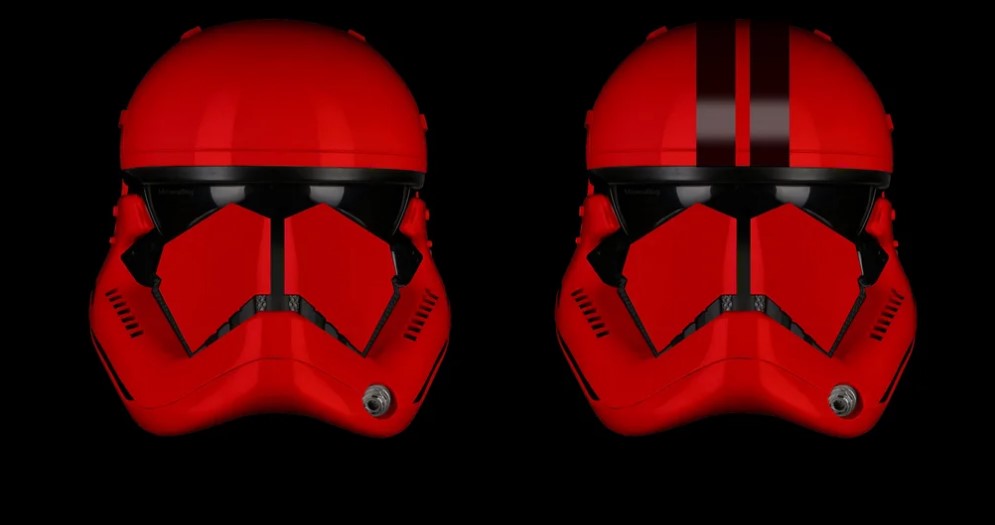