Disney Plus announces new Star Wars series are in the works including Ahsoka Tano, Rangers of the New Republic, Obi-Wan Kenobi, and more.

Hayden Christensen will also be returning as Darth Vader in the Obi-Wan Kenobi series.

Check out a sneak peek at Star Wars: The Bad Batch animated series.

Ahsoka, a new Original Series, starring @RosarioDawson and set within the timeline of @TheMandalorian, is coming to @DisneyPlus. pic.twitter.com/ZojpCkhPS7 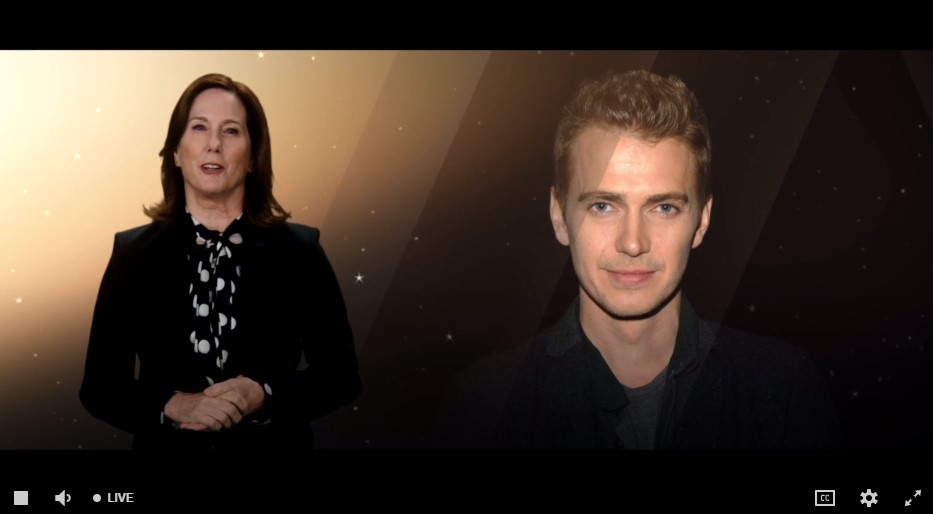 “Everything I did, I did for the Rebellion.” Andor, an Original Series set in the Star Wars universe, is streaming in 2022 on #DisneyPlus. pic.twitter.com/q2IT2qzEeR

Star Wars: Visions, an Original Series of animated short films, celebrates the @StarWars galaxy through the lens of the world’s best Japanese anime creators. Coming in 2021 to @DisneyPlus. pic.twitter.com/syUmiL7SdI

The galaxy’s favorite scoundrel, Lando Calrissian, will return in Lando, a brand-new event series for @DisneyPlus. Justin Simien (@JSim07) is in the early stages of developing the project.

Leslye Headland brings a new @StarWars series to @DisneyPlus with The Acolyte. “The Acolyte” is a mystery-thriller that will take viewers into a galaxy of shadowy secrets and emerging dark-side powers in the final days of the High Republic era.

Lucasfilm Animation is teaming up with Lucasfilm’s visual effects team, Industrial Light & Magic, to develop a special @StarWars adventure for @DisneyPlus, A Droid Story. This epic journey will introduce us to a new hero guided by R2-D2 and C-3PO.

A brand-new Star Wars feature with acclaimed filmmaker @TaikaWaititi is in development. Get ready for an unforgettable ride! —