As anticipated, Sonic The Hedgehog 2 booms with its Friday opening and performs up to 27% better than the original movie’s first Friday that opened in 2020.

Including the Wednesday and Thursday early previews of $6.25 million, Sonic The Hedgehog 2 opened to $26.5 million on Friday, which is better than the first flick’s $20.9 million on its opening Friday.

The first movie also saw its box office cut short big time as a result of the pandemic closing down theaters as with only screening for five weeks in theaters, it made $320 million, so it will be interesting to see how the numbers for Sonic The Hedgehog 2 play out.

Speaking of the “pandemic,” Deadline hilariously continues to play up the pandemic in its articles, but similar to how they reported on the big success of Spider-Man: No Way Home, they again state something similar for Sonic 2 in that “no, family moviegoers were never gone” (just like I have been stating all along) but at the same time the site says, “That’s the 5th slam-dunk, No 1 opening by Paramount during the pandemic…” I guess depending on how well the movie does at the box office or not or if you need a good PR line, the pandemic is still a factor. It’s also hilarious Deadline and other sites from the left continue to report on the percentage numbers in Los Angeles – which always report a “high” percentage in a further attempt to scare people but the numbers are always low (from 1 to 2 is a 100% gain, get it?) while only the only other similar reports come out of China. Is there a connection?

Again checking Rotten Tomatoes, we see that the Sonic The Hedgehog 2 Rotten Tomatoes score continues to uptick, as the score now stands at 68% with 116 reviews accounted for and the Audience Score is still at 98%, still better than the original’s 63% and 93%, respectively. 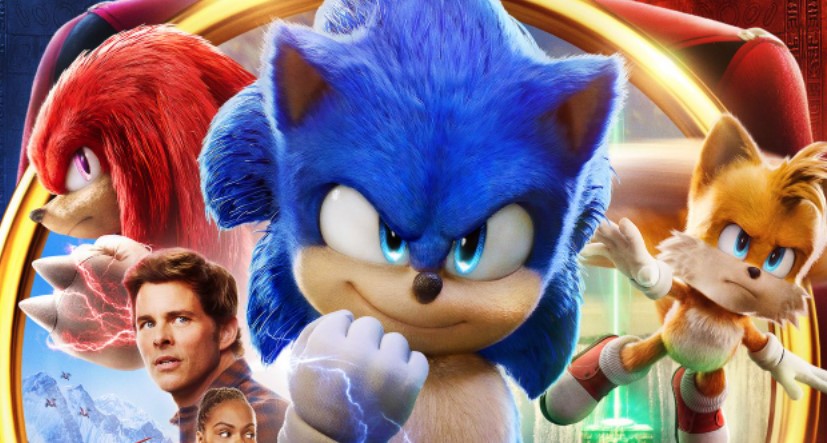 Regarding my thoughts on Sonic The Hedgehog 2, I saw it last night to a packed crowd, mostly filled with young kids and families, where a lot of the laughs actually came from the adults, as the film has a great mix of humor and references for both kids and their parents alike. Of course, Jim Carrey has another great performance.

I think Sonic The Hedgehog 2 feels like a long movie, almost like a Michael Bay Transformers flick where it seems to go on and on and on and you are just waiting and waiting for the movie to end. Before I checked on the runtime for both films, I thought to myself they probably could have cut 20 minutes out of the film, and again compared to the first movie’s runtime, that seems about right. The scenes I would cut or cut back would probably be the Hawaiian vacation stuff involving Natasha Rothwell and to a lesser extent Tika Sumpter, and I thought the end also dragged on a bit. On the flip side, I’ve seen The Batman a couple of times in theaters and it has a 3-hour runtime, which I didn’t notice at all, so maybe it’s just my taste. That said, Sonic 2 is still a good movie.

The Sonic the Hedgehog 2 post-credit scene also debuts a new fan-favorite character from the video game franchise which sets up the third movie that is already in development, and an Idris Elba Knuckles series is coming to the Paramount Plus streaming service.