Batman versus the Parademons is teased for the Snyder Cut of the Justice League movie, hours before the new trailer is going to drop on Tuesday.

"This is crazy...we need to talk," posted Snyder.

The pic follows Zack teasing new looks at Gal Gadot as Wonder Woman and Ezra Miller as The Flash, in addition to Ray Fisher as Cyborg.

Recently saw Zack Snyder film new scenes with Ben Affleck for the Snyder Cut who will also return in The Flash with Michael Keaton also back as Batman.

"Yeah. I think he forgot how uncomfortable it is," said Snyder about Ben's return as the Dark Knight. "But that's fine. He was incredibly gracious. It's funny how they just [snaps fingers] you know. You watch [snaps fingers] them just go, 'Oh, this is like yesterday.' Yeah, it was really fun... A couple of the costumes have been in archives for a while. They were all over the place in museums and stuff. We had to tear them out of there. I think one of the cowls we put on just kind of like ripped in half. That's all cool stuff."

Regarding the new Snyder Cut trailer, Zack offered an update in that he is first going to reveal a black-and-white tweaked version.

While it has been reported the Snyder Cut will be four parts, Zack teased it could be six parts or even longer.

Zack also said he is going to release a one minute or so short about the "Release the Snyder Cut" campaign that marks its one year anniversary on Tuesday.

The Zack Snyder Cut of Justice League gets released on HBO Max in 2021.

Batman versus the Parademons teased by Zack Snyder: 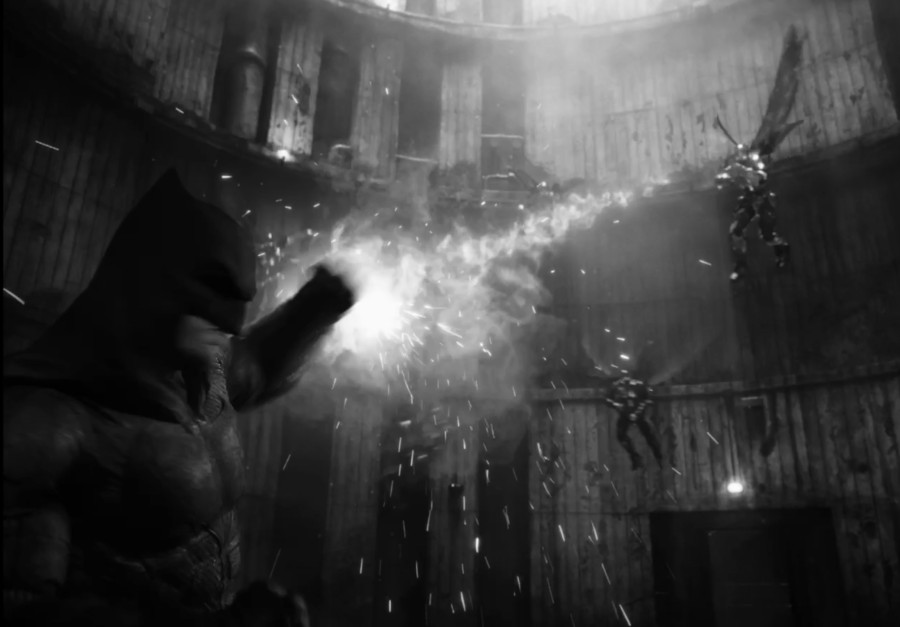