Following the official first look at the cast wearing their new costumes, now Helen Mirren has been spotted on the set of Shazam! 2 as the villain, Hespera, in full costume.

The Oscar-winning actress was spotted filming in Atlanta, Georgia on Monday along with star Zachary Levi in his new suit.

Just Jared reports Helen Mirren is playing the villainous Hespera, who is a daughter of Atlas, and that Lucy Liu is playing her sister Kalyspo, with it also previously reported Rachel Zegler is playing the third evil sister.

Shazam! Fury of the Gods: Helen Mirren and Zachary Levi:

Here is your first look at Helen Mirren as Hespera in the upcoming #Shazam2. Check out the new set photos! https://t.co/wNfzRwkVWo

So cool to see #HelenMirren having her due with a badass evil goddess costume as #Hespera, evil daughter of #Atlas, in #ShazamFuryOfTheGods.
Also, taking a villain to crack on some junkies is something only #Shazam himself would do haha.#Shazam2 will be a blast and it shows -- pic.twitter.com/70q1IM80M4 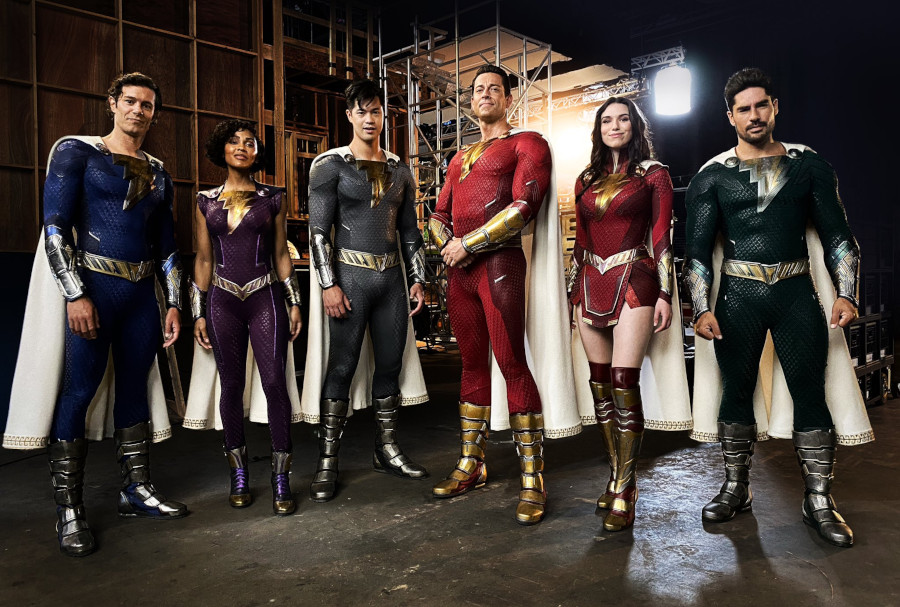