Hollywood’s attack on red-haired characters continues as the new Red Sonja will be played by a person of color, Hannah John-Kamen, whose parents are Norwegian and Nigerian.

THR reports the news as Joey Soloway, whose credits include I Love Dick and How to Vajaculate: If You Build It, She Will Come, is the director and co-wrote the script with Tasha Huo, the showrunner of the upcoming Tomb Raider animated series and writer of the Women in the Dirt: Landscape Architects Shaping Our World documentary.

Marvel fans will recognize Hannah John-Kamen as the villain from the Ant-Man and the Wasp movie and she also plays Jill Valentine in the upcoming Resident Evil: Welcome to Raccoon City.

Red Sonja was created by Roy Thomas and Barry Windsor-Smith for the Marvel Comics Conan the Barbarian series in the early 1970s which was in part based on Conan creator Robert E. Howard’s Red Sonya of Rogatino. 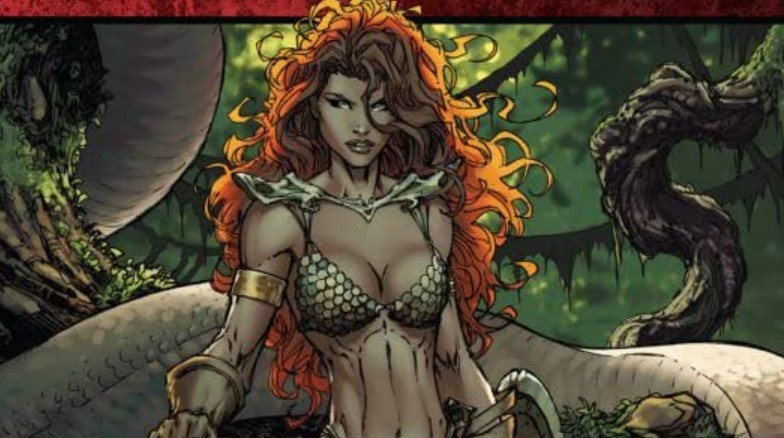 Red Sonja, known for her trademark luscious red locks, is able to go toe to toe with Conan.

The director made a point of emphasizing that Hannah John-Kamen “IS” Red Sonja.

“Hannah is a very talented actress who we’ve been following for years and she IS Red Sonja,” said Soloway in a statement to THR. “Her range, sensibilities and strength are all qualities we have been looking for and we couldn’t be more excited to embark on this journey together.”

It also recently became known that Marvel won’t use white actors and characters to save the day anymore and that Disney will not use well-written scripts featuring white families, with it thought the new Black Superman will be replacing Christopher Reeve.