“THESE ARE THE DRIODS WERE LOOKING FOR..!!” Favreau posted on Instagram.

In Star Wars lore, R5-D4 was called “Red” by Luke Skywalker and was one of the droids Luke and Uncle Owen were going to buy from the Jawas in A New Hope; however, R5-D4 malfunctioned, which saw Luke choose R2-D2 instead. So it seems we’ll find out a little bit about the history of R5-D4 prior to being with the Jawas. In non-canon, there is a story about R2 and R5 prior to getting sold to Luke where R2 convinces R5 he is on a mission to save the galaxy, so R5 fakes the malfunctioned motivator problems so Luke chooses R2 in its place. 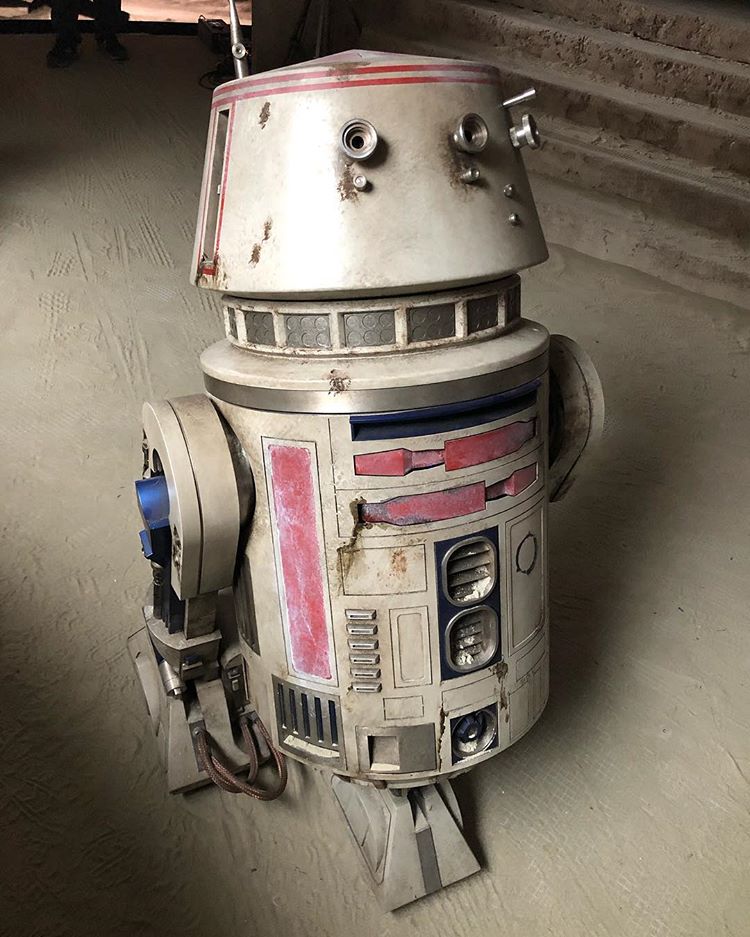