It has been reported that Jude Law is playing Mar-vell in the upcoming Captain Marvel movie, but now that is not looking like the case.

While Marvel Studios has not officially revealed who Jude Law is playing, a leaked Funko figure offers it is not Mar-vell and says it is a different character.

A leaked Funko figure (via reddit) reveals Jude Law is actually playing Yon-Rogg, who in the comics is an alien Kree military commander, a foe of Carol Danvers and Mar-vell, and who was also responsible for Carol’s transformation into Ms. Marvel (her original name in the comics). 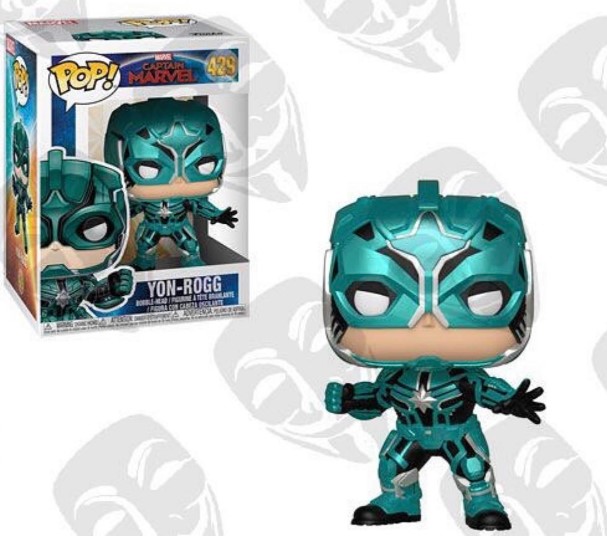 Long story short in the comics, Yon-Rogg has a lengthy feud with the Mar-vell over a girl, the Kree medic Una, which sees Yon-Rogg basically trying to kill Mar-vell or set him up numerous times. One of the times Yon-Rogg tries to kill Mar-vell results in Carol Danvers getting her Ms. Marvel powers, as Yon-Rogg creates a device that explodes where Mar-vell saves Carol (more on that below).

It’s possible the Captain Marvel movie may be combining the characters of Yon-Rogg and Mar-Vell (as Jude Law could play Mar-vell’s human disguise, Dr. Walter Lawson, but as Yon-Rogg).

The Captain Marvel movie seems to be eliminating the character of Mar-Vell.

The leak and the speculation also fits in with what has previously been said about changing Captain Marvel‘s origin in the MCU.

Guardians of the Galaxy co-writer Nicole Perlman, who wrote a draft of the Captain Marvel script, previously let it be known they would be changing the comic book origin of Carol Danvers because they felt it was too close to that of DC’s Green Lantern.

“She’s obviously such an incredibly kick-ass character and Kelly Sue DeConnick did a great run with her story arc recently,” Perlman said back in August of 2016. “But here’s the thing,  if you were just going to do a straight adaptation of the comics, her origin story is very similar to Green Lantern, and obviously, that’s not what we want to do. There’s a lot of reinvention that needs to happen.”

Marvel Studios president Kevin Feige even offered they would be going a different route for her MCU origin.

In the comics, Carol Danvers is an Air Force pilot who meets Dr. Walter Lawson, Marv-ell in disguise, and she acquires her powers when exposed to energy from the explosion of a device called the “Psyche-Magnetron” (that Yon-Rogg was responsible for), which causes Danvers’ genetic structure to meld with Captain Marvel, in essence making Carol a human-kree hybrid.

But as we see from the leaked Funko, and what both Perlman and Feige have to say, it seems as if Mar-vell won’t be a part of the movie. We can guess that the movie eliminates Carol Danvers’ genetic structure to meld with Mar-vell.

We also see that with Funko officially releasing their Captain Marvel figures, they changed the name to avoid the spoiler: 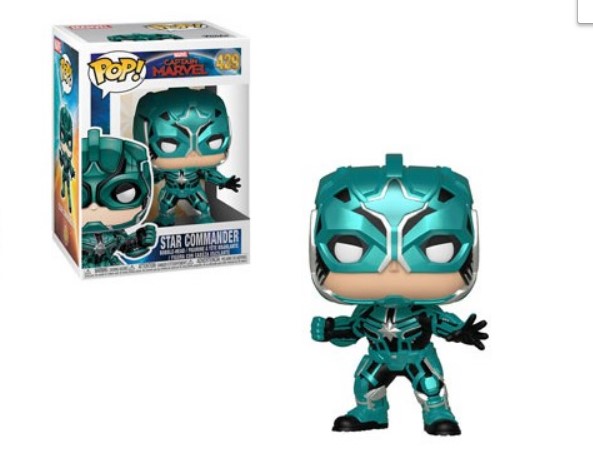 I can’t say that I am too happy with the news as we have another example of Kevin Feige massively changing up the Marvel Cosmic characters to fit with his view for the MCU general audience.

In addition, to add to the Mar-vell change or outright elimination, Carol Danvers has also been described as the most powerful MCU hero ever and even responsible for the formation of The Avengers (huge retcon).

I hate to say it, but Captain Marvel is sounding more and more like a Disney Star Wars movie.