Netflix teases the release of the Castlevania 3 anime series as the network posts new artwork on social media.

The Adrian Fahrenheit Ţepeş, aka Alucard, Twitter account posted the following art, with the landing page on Netflix.com also confirming the third season is in the works: “It’s Official: Another Season Is Coming.”

Earlier in January also saw the studio behind the animation tease Castlevania 3, possibly suggesting a trailer could be released soon, as Powerhouse Animation noted they are very excited for 2020.

A follow-up tweet also shows a screenshot from Netflix where Castlevania 3 is confirmed with it mentioned: “Trevor Belmont isn’t the man he used to be. But he’s all that stands between humanity and Dracula’s fury.” 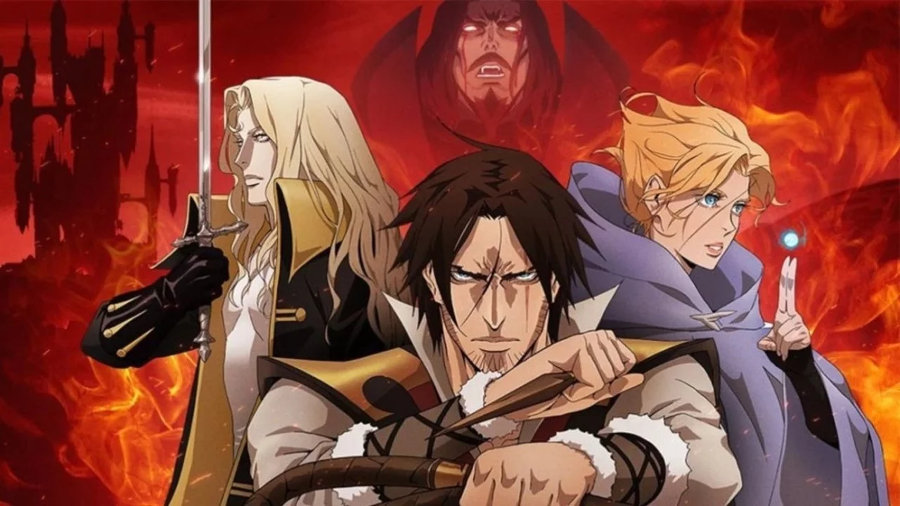 Castlevania 3 was actually greenlit following the second season debuting back in 2018, which saw producer Adi Shankar offer about the third season:

You saw what we can do with Season 2, you’ve called us the greatest video game adaptation of all time. Mark my words —- With Season 3 we’re going after that EMMY. We have artists from all over the world who love working on this show. Who work around the clock to fuse their passion into each and every frame. They do this because they u know that video games aren’t just for kids. Cartoons aren’t just for children. It’s an art form of immense sophistication. We are here to stake that claim. I hope that the legacy of our show is that it inspires a whole generation of storytellers who will protect these scared gaming titles and hand them down to the next generation to tell these stories even better. Gaming is the first truly global culture. We have to protect it. It’s iconography is our mythology.

Here is the description for Castlevania; the first two seasons can be found on Netflix: