Fans are voicing their opinions on Rotten Tomatoes about the new Resident Evil series on Netflix that debuted Thursday, and it’s not good.

The Netflix Resident Evil series currently has a Rotten Tomatoes Audience Score of only 30%, the lowest score of anything from the Resident Evil franchise that usually averages around 60% or so from fans.

Update: The Rotten Tomatoes scores plummet as now the critics score is at a “Rotten” 55%, with the Audience Score only at 24%.

I watched the first couple of episodes last night and felt they were just alright, and yep, it’s full of forced woke nonsense, which of course, explains why the woke media gave it decent reviews as opposed to sh-tting on all the other projects in the franchise that starred Milla Jovovich, Robbie Amell, etc. (average around a 25% critics score).

The Netflix series doesn’t star any white dudes; it features two woke teen girls that kick all kinds of ass and talk about the all-white neighborhoods and how the white boys are stupid; the girls are vegan, pro-animal rights, and against hunting; all the men in the series are bad including the race-swapped father (Lance Reddick’s Albert Wesker), and of course, the zombies are white dudes, etc., and the series mentions COVID and Elon Musk, among other things.

It’s too bad because I felt the first episode started off decent enough but once the giant caterpillar is introduced it’s basically all down from there. The special effects are pretty good, too, so just imagine if it had a good story, the series would probably do pretty well.

IMDb also gives it the lowest rating of the franchise as it presently has 3.4 stars out of 10, while the previous projects average around 6 stars.

What’s also interesting is that Netflix usually debuts new shows on Friday, but Resident Evil premiered on Thursday, so perhaps Netflix knew it would bomb. 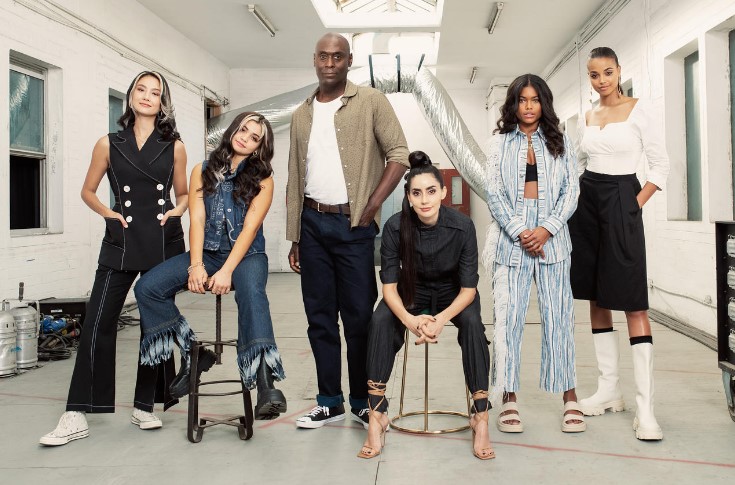 1 star: “Forget the video game series, even if you had Resident Evil 2 64 with the N64 expansion pack or were a PS user and started earlier. Show started off great with a fantastic cast and one of my favorite actors, began to develop an interesting story and then just dropped. Abandoned all knowledge of science, technology or medicine. Obviously no research was done and the writers just used terms like internal bleeding, concussion, shock, stable vitals, etc. because they don’t know what they imply. Events just happen so plot can move. If you are going to write Sci Fi/Horror, even cheesy camp stuff, stick to what you know or do the research. It was nice to see a hardcore Wesker again though”

half star: “This is the worst take on the game yet. Boring and terribly acted, this is YA version of Resident Evil and boy is it bad. The first RE game was very cinematic, so why do they insist on changing it for these adaptations?”

1 star: “Some day they will make a faithful, fun, and scary adaptation of Resident Evil. Today is not that day.”

half star: “This is the worst adaptation of a game I’ve ever seen”

half star: “Spitting on the face of resident evil fans everywhere.”

3 stars: “Some decent scenes were written but some of it is inconsistant. For example (very minor spoiler ahead), in episode one, it is established that the main door to a facility uses both audio and facing-scanning tech to enter. Only, a few minutes later, that same door only needs voice recognition. That’s juat one example. Some characters make comically bad decisions throughout the 1st season and it takes me right out the show. Action scenes are solid though and the creature effects are spectacular. I mean, seriousky, they look real! Overall, you can skip this series and you wouldn’t miss much but if you’re just looking for a horror series to pass the time between shows you want to watch, this is good enough to not be a total waste of time.”

1 and a half stars: “Played most of the games. Watched all the animated movies and episodes. Replaying 6 as we speak. This… this is just hard to watch. So very hard to watch. You don’t have to mimic the games, but it’s quite obvious that’s what fans want. You can pick one, do a season to it. Test it out, see if what fans are saying they want is actually what they want. The amount of time, peer review, discussions, concept building, i.e effort put it in really feels unnecessary and off the head. Weskers actor is intimidating. The future line sucks. The sisters are dramaesque teeny boppers and probably not representative of the key demographic of Resident Evil fans.”

half star: “Bad story, bad acting, bad Music, bad visual effects, stupid unreasonable actions from characters. Even IF it wasnt Resident Evil it still would be a terrible show.”

half star: “This is just horrible, Resident Evil 6 is more fun than this tv show. Capcom’s franchise deserves better.”

1 star: “A shameful take on the RE world.. Of course Netflix would make a teen styled adaption…. Wanted a Michelin Star meal but instead got served a soggy salad :/”