NBCUniversal announces plans for its own streaming service with “Peacock” and unveils the initial lineup which includes past seasons of The Office, Parks and Recreation, Battlestar Galactica, reboots of Saved By the Bell and Punky Brewster, and more.

The Peacock streaming service launches April 2020 with prices to be announced.

The www.peacocktv.com website also has video of Jimmy Fallon promoting Peacock where users can sign up for updates and get sent a special thank you from Fallon.

Find the official info below. 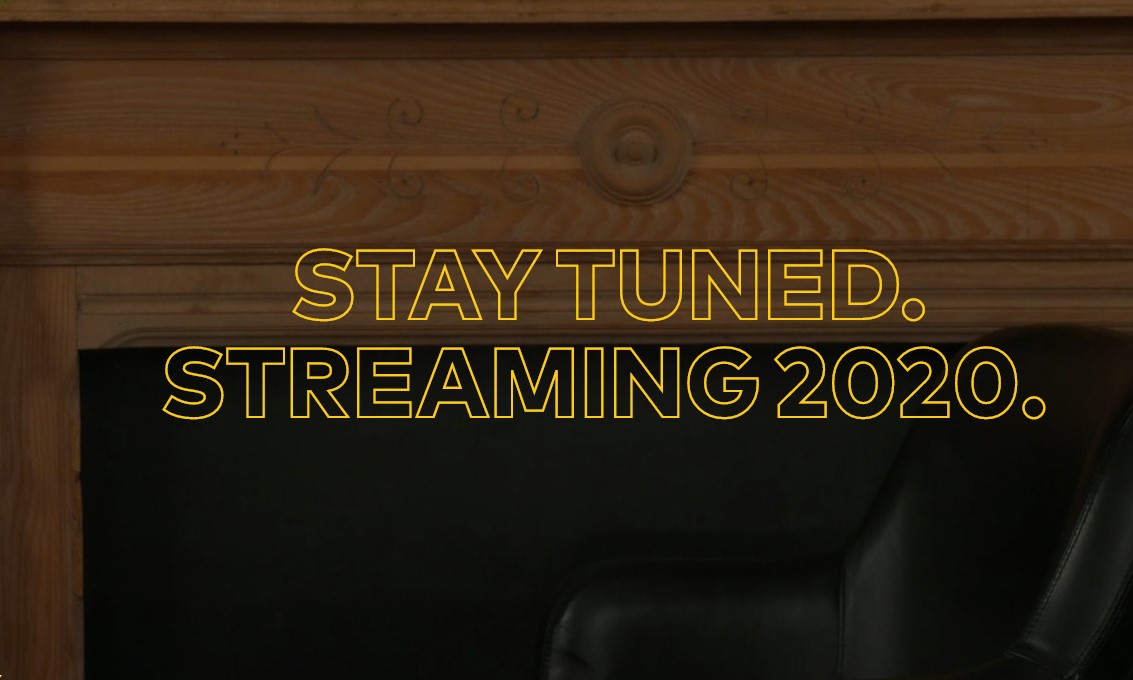 New York, NY – Sept. 17, 2019 – NBCUniversal today announced “Peacock” (www.peacocktv.com) as the name for its new streaming service. Peacock is a nod to NBC’s iconic logo and NBCUniversal’s rich legacy of creating beloved films, TV series, characters and franchises that have been at the epicenter of pop culture and will continue to define the future of entertainment.

Peacock will deliver a world-class slate of originals while also offering treasured hits from the vaults of NBC, including “The Office” and “Parks and Recreation,” two of the most-watched streaming series. The service will also feature blockbusters and critically-acclaimed films from Universal Pictures, Focus Features, DreamWorks Animation, Illumination and Hollywood’s biggest studios. In addition, Peacock will tap into NBCUniversal’s unmatched ability to deliver a broad range of compelling topical content across news, sports, late-night and reality.

Peacock rolls out in April of 2020 with over 15,000 hours of content and takes center stage at the end of July during the 2020 Summer Olympics. As previously announced, Peacock will be both advertising and subscription supported. Details on pricing and distribution will be announced closer to launch.

“The name Peacock pays homage to the quality content that audiences have come to expect from NBCUniversal – whether it’s culture-defining dramas from innovative creators like Sam Esmail, laugh-out-loud comedies from legends like Lorne Michaels and Mike Schur, blockbusters from Universal Pictures, or buzzy unscripted programming from the people who do it best at Bravo and E!,” said Bonnie Hammer, Chairman of Direct-to-Consumer and Digital Enterprises. “Peacock will be the go-to place for both the timely and timeless – from can’t-miss Olympic moments and the 2020 election, to classic fan favorites like ‘The Office’.”

Peacock will feature a broad array of the most-talked-about unscripted programming, including a new “Saturday Night Live” docuseries, “Who Wrote That,” from creator Lorne Michaels, exploring the famous personalities in front of and behind the camera; an original talk show series from Jimmy Fallon, in collaboration with Matador Content and Universal Television Alternative Studio; a weekly late night show starring Amber Ruffin and executive produced by Seth Meyers; and a spinoff of Bravo’s successful “The Real Housewives” franchise.

In addition to the exclusive streaming rights to the beloved NBC sitcoms “The Office” and “Parks and Recreation,” some of the most popular NBC and classic TV series of all time will be available on Peacock, including “30 Rock,” “Bates Motel,” “Battlestar Gallactica,” “Brooklyn Nine-Nine,” “Cheers,” “Chrisley Knows Best,” “Covert Affairs,” “Downton Abbey,” “Everyone Loves Raymond,” “Frasier,” “Friday Night Lights,” “House,” “Keeping Up with the Kardashians,” “King Of Queens,” “Married…With Children,”“Monk,” “Parenthood,” “Psych,” “Royal Pains,” “Saturday Night Live,” “Superstore,” “The Real Housewives,” “Top Chef,” and “Will & Grace.”

Universal Pictures is developing premium original films and animated series to debut on Peacock with prominent talent and filmmakers. Additionally, DreamWorks Animation, the beloved kids and family brand and the studio behind animated hits “Shrek,” “Kung Fu Panda” and “How to Train Your Dragon,” will create original animated content for Peacock, making the platform a must-have offering for the entire family.

Peacock will also offer a robust slate of critically-acclaimed films and box-office hits from Universal Pictures and Focus Features. These titles range from laugh-out-loud comedies like “American Pie,” “Bridesmaids,” “Knocked Up,” “Meet the Parents,” and “Meet the Fockers,” to award-winning classics such as “A Beautiful Mind,” “Back to the Future,” “Brokeback Mountain,” “Casino,” “Dallas Buyers Club,” “Do the Right Thing,” “Erin Brockovich,” “E.T. The Extra Terrestrial,” “Field of Dreams,” “Jaws,” “Mamma Mia!,” “Shrek,” and “The Breakfast Club.” Peacock will also feature films from the franchises: “Bourne,” “Despicable Me,” and “Fast & Furious.”

Peacock is uniquely positioned to offer the U.S. Hispanic audience premium programming from the #1 Spanish-language network, Telemundo. The platform will feature more than 3,000 hours of Telemundo’s content, including an original dramedy “Armas de Mujer,” a new hit series from the makers of “La Reina del Sur,” and popular library titles “100 Dias Para Volver,” “Betty in NY,” “El Barón” and “Preso No. 1.”