More rumors have hit the net in regards to the Ms. Marvel origin and her powers in the MCU with it now claimed they will be magic-based powers.

According to That Hashtag Show, it’s again said Kamala Khan will not be an Inhuman in the Disney Plus series but will get her powers from magic bracelets.

It’s claimed Kamala Khan will be “blasted by a bolt of energy and this will give her some magical powers.”

Contrary to another rumor (see below), this rumor offers Ms. Marvel will have more or less the same abilities as in the comics and that they stem from magic not from the Terrigen Mists:

“Kamala will be blasted by a bolt of energy from the bracelets she wears and those will give her powers. It’s unclear if the bracelets need to be always worn for her to have powers, or if it’s a one-time providing of powers.”

The site also claims the villain will be Kamran, but again, Kamran won’t be an Inhuman but he will be after Ms. Marvel’s bracelets. 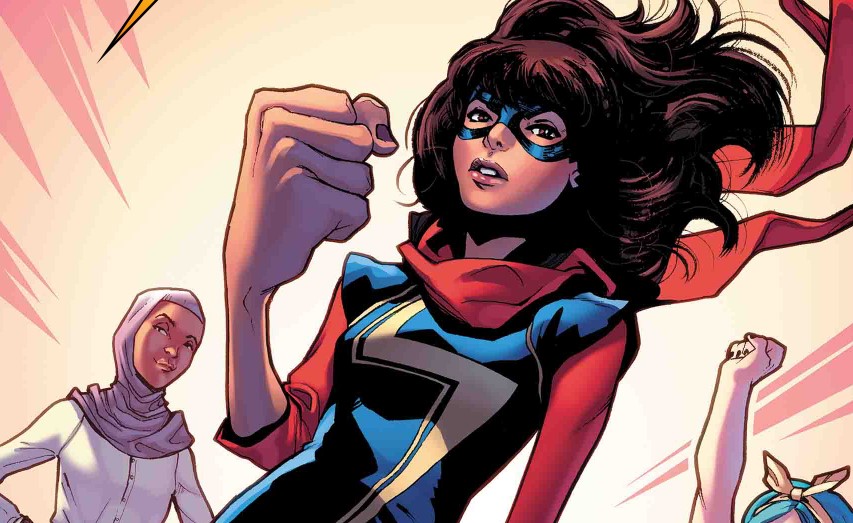 Regarding why the MCU is ditching the Inhuman storyline, it’s because of the feud between Kevin Feige and Ike Perlmutter, where, long story short, Perlmutter and Jeph Loeb developed that awful ABC IMAX Inhumans series.

A previous rumor actually offered Ms. Marvel’s powers are going to be similar to DC’s Green Lantern and that Ms. Marvel won’t have her stretchy powers and that her powers won’t be magic-based but energy-based powers.

With Kevin Feige also developing the Fantastic Four, it would seem odd if they went with Ms. Marvel having the same powers as Mr. Fantastic.

Iman Vellani was spotted in her character’s official suit for the very first time while filming scenes for #MsMarvel. Check out all of the photos! https://t.co/W0i1VE6WHF