Michael Keaton Batman Rumored As Thomas Wayne For The Flash

With Michael Keaton said to be in early talks to return as Batman, the rumor mill has begun churning, with it said the role could actually be for Thomas Wayne and not the Caped Crusader from the Tim Burton movies.

Update: Randolph says she got an update that both Jeffrey Dean Morgan and Thomas Wayne are out, and that Michael Keaton will play the Batman from the Tim Burton movies if the talks work out.

The rumor comes from YouTuber Grace Randolph who offers up that she has been informed that the role of Thomas Wayne is involved with The Flash movie, which will be a take on the "Flashpoint" story from the comics which features Thomas Wayne as Batman following the death of his young son, Bruce.

Randolph tweeted she has been provided casting info from The Flash from back in December of 2019 which lists Thomas Wayne - as well as Jeffrey Dean Morgan - being involved with the movie:

THOMAS WAYNE Lead Male (50) Bruce Wayne's father. After Barry alters the timeline, it is Thomas that survives the gun down in the alley. Thomas takes up the Batman cape and cowel but has much more brutal ways of getting the job done. Circling Jeffrey Dean Morgan. 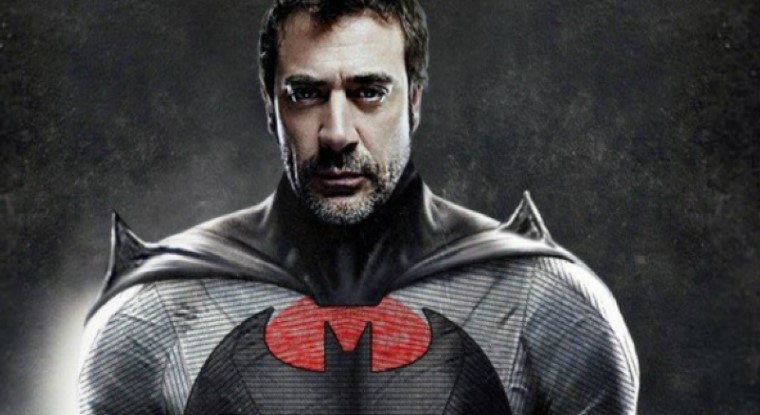 No Jeffrey Dean Morgan for The Flash

Grace says she thinks if the Snyder DCEU survives in some form, it will be on HBO Max and separate from the DC films on the big screen.

Worth a mention is that Zack Snyder did have plans for a Flashpoint movie at one time, which he said would have been "better," where we can guess it would have featured Jeffrey Dean Morgan as Batman and Lauren Cohan as Martha Wayne and The Joker.

Now that WB appears to be moving away from the Snyderverse, Michael Keaton might be brought in as the Thomas Wayne Batman (and possibly carried over to other DC films).

Grace even suggests that Michael Keaton could always cameo in the Matt Reeves The Batman movie as the father, Thomas Wayne, to the Robert Pattinson Batman, which would be a way of connecting things.

"Wow - now I’m seeing a claim from The Wrap reporter that Thomas Wayne isn’t even in Flashpoint aka The Flash movie?" tweeted Randolph. "F it, here’s the actual casting grid role listed back in Dec 2019 - I’d say the role moved beyond 'development.'"

Thomas Wayne rumored for The Flash: Batman Beyond Michael Keaton Movie Sounds Awful
James Gunn Shoots Down DC FanDome Rumors; Sort Of
Michael Keaton Could Suit Up As Batman; No Thomas Wayne For 'The Flash'

Cheetah Roars In Wonder Woman 1984 Footage
'The Matrix' 4 Rumored To Be Trans Movie
Jason Momoa Drops Out Of DC FanDome
Star Wars Plan To Save Franchise Includes Luke Skywalker Movie
Wonder Woman 1984 Offers Look At Cheetah Through Toy Doll
700kFollow us on Facebook 7.3kJoin our Facebook Group8.9kFollow us on Twitter 35.1kFollow us on Instagram 28kSubscribe on YouTube28kJoin our Reddit