Kevin Feige just can’t help himself as now Moon Knight is woke as it’s learned another male character from the comics has been replaced for diversity.

What’s particularly messed up about this is that, get this, the change didn’t even happen in the show itself, but in a series of social media posts from Marvel! 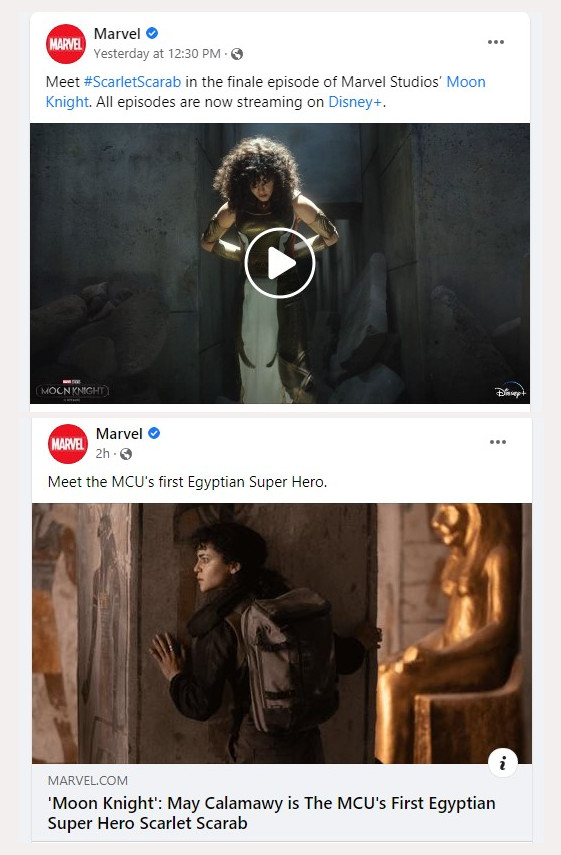 I actually defended Moon Knight as not being woke because all throughout the series, it was teased that Layla would become the new Moon Knight, but when it came down to it, Layla actually turned down becoming Moon Knight and, what I thought, is that she became a new original hero. Also what I loved about it is that it appeared Layla was an answer to what director Mohamed Diab didn’t like about Wonder Woman 1984, so I thought they created their own version of Wonder Woman – in a big FU to Patty Jenkins and Gal Gadot (awesome) – where Layla even wears a Golden-type Armor and sports the “X.”

However, it’s all bait and switch which fits perfectly with Feige’s “M-She-U,” a term fans have given the Marvel Cinematic Universe due to all the woke content and replacement of characters.

Instead of Layla becoming a brand new hero in the MCU, according to the Marvel social media posts, Layla is the Scarlet Scarab. Again, I don’t believe she was named that at all in the show but only after Moon Knight was released did they “send the message” to the fans.

In the comics,  Scarlet Scarab happens to be the first Egyptian Superhero. Where’d we hear that before? Oh, that’s right, when the little girl in the show asks Layla if she’s an Egyptian superhero. It’s hilarious how bad it is all for the sake of wokeness where quality content is destroyed for that said agenda. Yep, now Moon Knight is completely destroyed.

So why couldn’t Layla be her own hero? Why can’t any of the M-She-U characters be their own heroes or villains? Why not create original characters? Why replace existing ones?

Maybe we should ask Victoria Alonso (here, here, and here)? 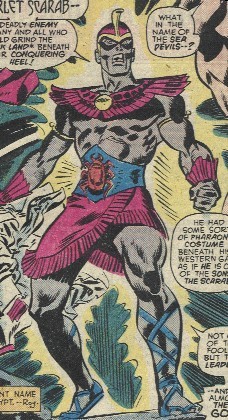