The “Marvel Is Overy Party” hashtag is currently trending on Twitter with near ten thousand posts as Kevin Feige and the company have been silent for months.

One of the “top” tweets, which has almost two thousand “likes” tweeted at Marvel to “drop a trailer or something.”

“Marvel Is Over” also follows last weekend’s epic DC FanDome virtual convention where DC and WarnerMedia blew things out of the water with news and trailer releases for The Batman, The Suicide Squad, Black Adam, Wonder Woman 1984, and more, and DC FanDome will have a Part Two in September, but still Marvel is silent. 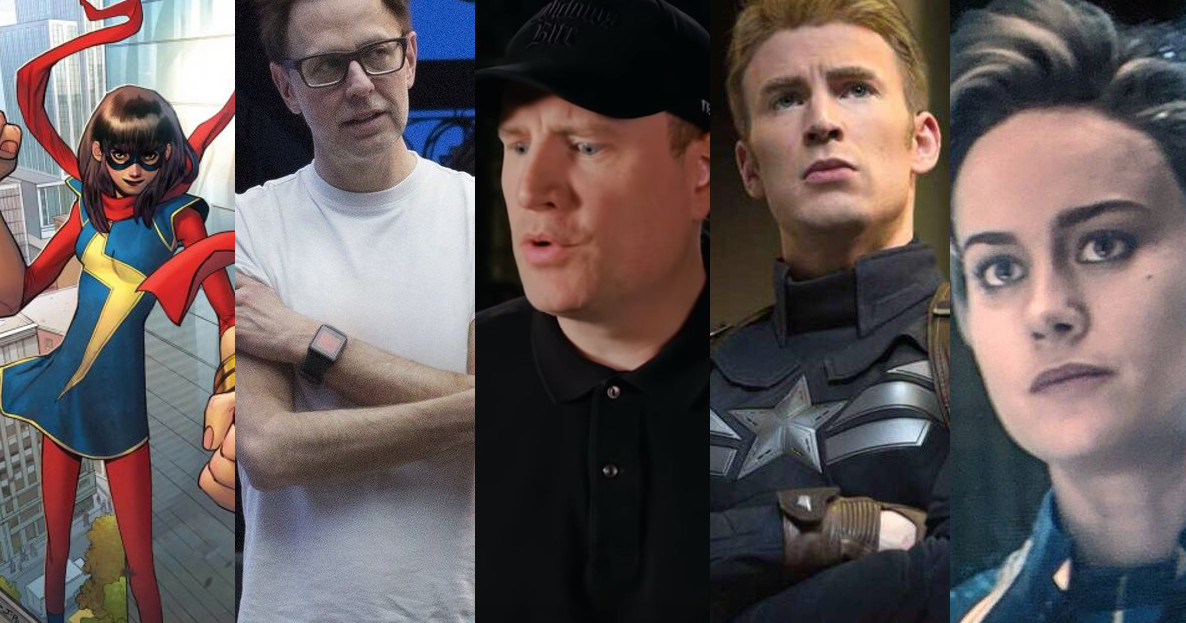 Fans wondering where is Marvel and Kevin Feige?

Another tweet from a user responding to the #MarvelIsOverParty hashtag says: “#marvelisoverparty maybe if they didn’t cancel their Netflix shows…”

All indications offer that Kevin Feige is responsible for canceling the Marvel Netflix shows, which includes Daredevil, as reportedly, Feige fired the Head of Marvel TV, Jeph Loeb, and has done away with Marvel TV, which was a separate brand and company at Disney than his Marvel Studios. Agents of SHIELD also recently ended. Feige is now in control of all of Marvel Studios, TV, and Comics, with a recent rumor offering that when Daredevil gets rebooted within the MCU, that Feige is a “control freak” and will not be using fan-favorite Charlie Cox because Feige doesn’t want to use someone else’s idea and only wants to use his own original ideas.

Regarding Marvel Studios, Feige’s Phase 4 could be an epic disaster, similar to Disney Star Wars, as Phase 4 is all about diversity and not about quality storytelling; however, a recent rumor offers Disney may be purging all the SJW and “woke” agendas currently at both Marvel and Star Wars. Also, recall how a Marvel Studios producer bashed X-Men for having the word “men” as part of it.

Feige and Marvel also haven’t promoted any of their upcoming releases and skipped out of the virtual Comic-Con convention.

The fates of both The Falcon and the Winter Soldier and WandaVision coming to Disney Plus are presently unknown as they still have filming left to do, but now it’s thought WandaVision may be released first on Disney Plus later this year.

Marvel was also forced to push back all of its movie release dates due to the fears surrounding the coronavirus.

“Marvel Is Over Party” tweets:

#marvelisoverparty maybe if they didn’t cancel their Netflix shows,,,, pic.twitter.com/YongoceE4K

maybe you should’ve let morgan have her dad #marvelisoverparty pic.twitter.com/eT7cEtFKtv

#marvelisoverparty maybe if you
hadn’t done this to him pic.twitter.com/ABYmBRAD8u

Easily the worse movie in the entire mcu since thor the dark world #marvelisoverparty pic.twitter.com/YuWiP2mZfC

Johnny Depp is rumoured to play The Joker and then #marvelisoverparty starts treading? pic.twitter.com/gNIPzLarwg

maybe if you’d given them more screen time this wouldn’t be trending #marvelisoverparty pic.twitter.com/d8tJ9QJGnH