A Marvel insider on Reddit claims that when Deadpool 3 finally gets released that it could be rated PG-13, with it further claimed that Kevin Feige is a "control freak" who only wants to do his own projects.

The Redditor, sorryeveryonemybad, looks to have credibility, as at least for the past six months, the Redditor has been posting Marvel insider information as the Redditor states they do work for Marvel and now work closer to Kevin Feige.

No MCU at CC@H. But New Mutants.

The Redditor also chimed in about new Disney CEO Bob Chapek, offering that Chapek is apparently all about money (which could explain the Star Wars situation):

Just hopping in to mention Bob Chapek is Feige’s boss now. Chapek, according to my coworkers, is relentlessly driven by the bottom line. 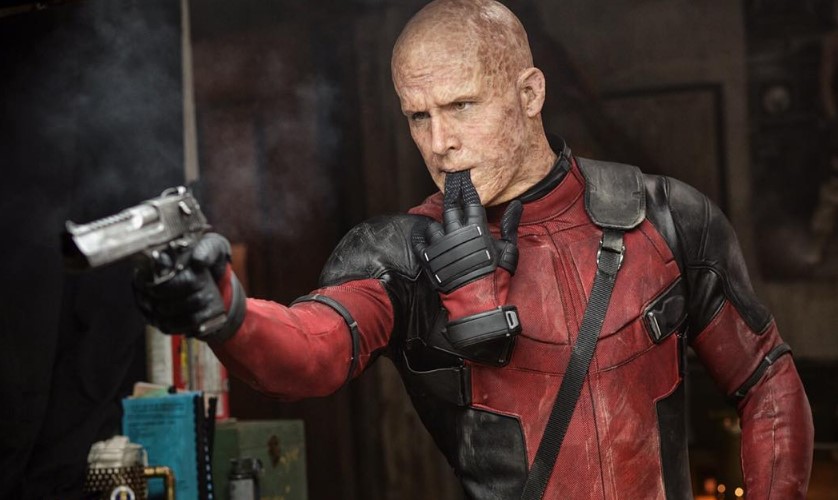 Regarding Deadpool 3, in a thread from two months ago about Rob Liefeld claiming Marvel has zero plans for Deadpool 3, the insider replied to another Redditor and offered Disney hasn't made a hard R-rated movie since they purchased Fox:

Pomojema_SWNN: I believe that you are thinking of u/SorryEveryoneMyBad. What she said, to my understanding, was that he was on the fence about what to do with Deadpool due to his lack of involvement with the other movies, but is willing to make a compromise. It is not that he does not care, it is just that he has so many other things on his list of priorities to get to first.

On another note, I do not believe that she has said anything about Rob Liefeld. But he is not in the loop.

sorryeveryonemybad: That, and money, honey. Deadpool is the most lucrative franchise Fox that’s currently running (I mean, Avatar? But as of right now that’s not a franchise and the sequels are EXTREMELY heady). Plus, Ryan Reynolds is a STAH—but they are giving him his own passion projects for the time being. But you cannot deny box office numbers. I have no idea what is going to happen with that franchise and I do think.

Look, Disney has not made a hard R movie since it acquired Fox. Everything it has released was already in the can since it was bought, and nothing R is in the works in a big way. (It’s caused a bit of anguish in Hollywood, to be honest, but that’s a tale for another day.)

(Edited for removal of further details, I try to stick to less popular subs!)

The insider was also asked if Ryan Reynolds is on his way out and/if Deadpool 3 will be rebooted:

Ryan is neither on his way out nor will it be rebooted, but it took Kevin a lot to get on board something he didn’t create, you know? Even despite it having chops and making money. Kevin Feige a control freak; Feige's way or the highway

Regarding Kevin Feige being a control freak, who is now in charge of all of Marvel, the Redditor replied in a thread about Charlie Cox debunking the rumor that Daredevil is in Spider-Man 3 with mention of the former head of Marvel TV, Jeph Loeb (worth a mention is that Marvel insiders have also filled me in Leob is not liked in the industry):

Jeph Loeb is not extremely well liked in Hollywood. He’s difficult to work with, and not a team player. I don’t know if there was a falling out, but like SO MANY CONTENT EXECS, Feige is a control freak who brings people to the table he wants to work with.

While replying to a comment about the "Save Daredevil petition," The Redditor insinuates Feige will go with a new cast whenever Daredevil makes its way into the MCU (I was told the same), as Kevin Feige wasn't responsible for the Netflix show:

Kevin Feige believes he could win them back. Kevin Feige doesn’t need anything Kevin Feige didn’t build. I’m not saying it’s right, but that’s the attitude.

Another Reddit user stated there is zero evidence that Feige is a control freak, which saw the insider reply:

So, I have a strong connection to New Mutants, which Feige won’t even consider/look at/or discuss because it isn’t his. That movie could be nominated for an award and it still wouldn’t be in the MCU. (It won’t be, but it’s not a bad little movie.)

I know Deadpool 3 has been announced because Fox is in the Ryan Reynolds business, but it was begrudgingly announced and only because it made a shitload of money. Feige was strong armed into that one. It’s not that he is a control freak, but he wants this family built vibe and inheriting someone else’s take is absolutely off the table. Absolutely. I used to waiver a little bit on this fact, but now i have the insight to say there is no interest in him inheriting anything.

I also have a bit more insight on the contracts of it all as well.

Or maybe someone gets hired on more than one project? Sorry kitten, I’m pretty reliable here. I’ve scooped plot points, songs, dates for a long time. I am certain on the Feige stuff, especially given the new gig I have which is much closer to him than i used to be (which was more on the marvel side.) I don’t need anything vetted in terms of those claims about Netflix Marvel. They aren’t in the game anymore. Feige’s next big play is X-Men...he’s obsessed over it, and everything is marching towards Mutants.

And for New Mutants? What do you want to know? I am happy to use that movie to prove I know my shit. Ask something and come back here in two months and see if I’m right.